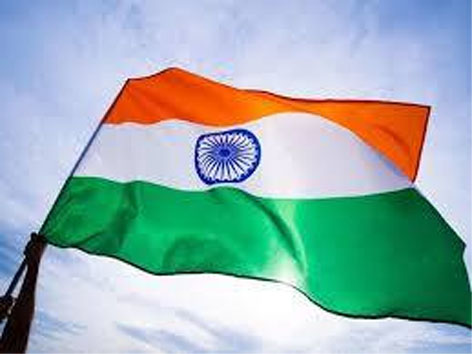 New Delhi, Jun 28: Tightening import norms, India will check all power equipment bought from China for malware and Trojan horses that can be potentially used to trigger electricity grid failures to cripple economic activity in the country, Power Minister R K Singh said.
India has in the recent days taken steps to impose stringent quality control measures and higher tariffs on goods from China as it looks to boost domestic manufacturing to cut reliance on imports.
In an interview to PTI, Singh said his renewable energy ministry has proposed imposing customs duties on some solar power equipment starting August 1 as part of the country’s goal of becoming self-sufficient.
“Power is a very sensitive and strategic sector for any country. Electricity runs all industries, communication systems and all databases including strategic ones and so we have to guard it against any sabotage by countries which are adversaries or possible adversaries,” he said. “We want to build a firewall.”
More tariff barriers, rigorous testing of foreign equipment and prior permission requirements for imports from adversary countries are some of the focus areas of India’s proposed power sector overhaul, he said.
The move comes in the backdrop of India contemplating an economic response against China since the June 15 border clashes.
Singh said some countries who are adversaries or potential adversaries will be identified as “prior reference countries”, and prior government permission will be required before importing any equipment from there.
These countries are mostly the ones which share borders with India, including China and Pakistan.
“We have reports that malware and Trojan horse can be installed which can be activated remotely to bring down the power sector and the economy,” he said. “So we have decided, because it is a sensitive sector, whatever equipment is made in India, we will purchase them. And those that are not made in India, we will import but check thoroughly to rule out the presence of any malware or Trojan horse.”
India’s power sector has faced cyberattacks, a majority of which reportedly originated from China, Singapore, Russia and the Commonwealth of Independent States (CIS) countries.
Singh said a committee was set up under the Central Electricity Authority to examine the cyber threat and the panel has said “it is a real live threat.”
“It is very serious,” he said. “It is sensitive because any adversary can bring our entire country to a halt. It is a very sensitive and strategic sector because the defence industry and all other industries run on power. If power goes out, then you have storage of about 12 to 24 hours only.”
“The threat is very serious,” Singh added.
He said his ministry has proposed imposing 25 per cent customs duty on solar modules from August, which can be raised to 40 per cent from April 2022. On solar cells, it has proposed 15 per cent duty, rising to 25 per cent in 2022. On solar inverters, an import duty of 20 per cent is proposed.
China accounts for nearly 80 per cent of module supplies in India. India currently levies a 15 per cent safeguard duty on imports of solar cells and modules from China and Malaysia. That tax expires at the end of July.
Singh further said the power industry should stop imports of products whose domestic supplies are adequate, and developers using domestic equipment will get cheaper financing from lenders Power Finance Corp and REC Ltd.
As part of quality control measures, the Bureau of Indian Standards is finalising tougher norms for at least 370 products, including chemicals, steel, electronics, heavy machinery, furniture, paper, industrial machinery, rubber articles, glass, metal articles, pharma, fertilisers and plastic toys, to ensure items that can be locally produced are not imported.
Also, discussions are on to raise import duty on products including furniture, compressors for air conditioners and auto components.
The commerce ministry is separately evaluating non-tariff measures such as more inspections, product testing and enhanced quality certification requirements to check Chinese imports in a manner that conforms to the World Trade Organization (WTO) rules.
The government has also made it mandatory for suppliers to mention the country of origin in a move to push for local products and keep out Chinese manufacturers.
China is India’s biggest source of imports. Chinese imports such as electronic goods, industrial machinery and organic chemicals totalled almost USD 70 billion last year. China has a trade surplus of about USD 50 billion with India. (PTI)