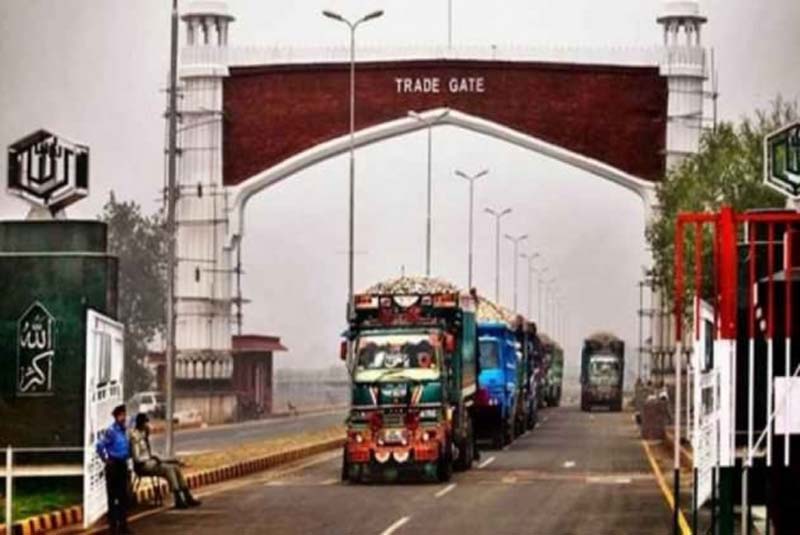 Excelsior Correspondent
JAMMU, Apr 18: The Government of India has ordered suspension of cross LoC trade with Pakistan from tomorrow (April 19, 2019), after the intelligence agencies found the route was being ‘misused’ by some elements from the neighbouring country to smuggle illegal weapons, fake currency and drugs into this side.
An official spokesman said that Union Ministry of Home Affairs (MHA) issued orders to suspend the cross LoC trade in Jammu & Kashmir, after receiving reports that the cross LoC trade routes were being misused by the Pakistan based elements for funneling illegal weapons, narcotics and fake currency.

Click here to watch video
It said the stricter regulatory and enforcement mechanism is being worked out and the issue of the reopening the trade routes will be revisited once they are implemented.
The cross LoC trade is meant to facilitate exchange of goods of common use between local populations across the LoC in J&K State. The trade is allowed through two Trade Facilitation Centres located at Salamabad near Uri in district Baramulla and Chakkan-da-Bagh in district Poonch. The trade takes place four days a week, from Tuesday to Friday. It is based on barter system and zero duty basis, the spokesman said .
However, reports have been received that the LoC trade is being `misused’ on very large scale. It has been revealed that the trade has changed its character to mostly third-party trade and products from other regions, including foreign countries, are finding their way through this route. Unscrupulous and anti- national elements are using the route as a conduit for Hawala money, drugs and weapons, under the garb of this trade, he said.
During investigations of certain cases by NIA, it has been brought out that a significant number of trading concerns engaged in LoC trade are being operated by persons closely associated with banned terrorist organizations involved in fuelling terrorism/separatism.
Investigations have further revealed that some individuals, who have crossed over to Pakistan and joined militant organizations have opened trading firms in Pakistan. These trading firms are under the control of militant organizations and are engaged in cross LoC trade.
After the Pulwama terror attack, Government of India withdraw the Most Favoured Nation (MFN) status to Pakistan. Inputs have also been received that in order to evade the consequent higher duty, LoC trade is likely to be `misused’ to a much larger extent.
It was, therefore, decided by the Government of India to suspend the LoC trade at Salamabad and Chakkan-da-Bagh in J&K with immediate effect, he said
” Meanwhile, a stricter regulatory and enforcement mechanism is being worked out and will be put in place in consultation with various agencies. The issue of reopening of LoC trade will be revisited thereafter,” the Government spokesman said.
It may be recalled that cross LoC trade between India and Pakistan was started during 2008. During past 11 years, the trade between two sides have seen many ups and downs. It remained suspended several times amidst tension between the two countries. A total 21 tradable items were cleared by the Governments on both the sides but presently, hardly four or five items were being traded through these two routes between J&K and Pak occupied Jammu and Kashmir.