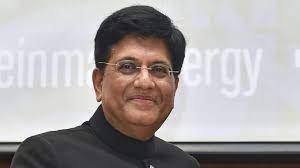 LOS ANGELES, Sept 10: India has as of now opted out of the trade pillar of the 14-member Indo-Pacific Economic Framework (IPEF), but has decided to join the remaining three subjects pertaining to supply chains, clean economy and fair economy.
Briefing media after the conclusion of the two-day IPEF ministerial meet here, Commerce and Industry minister Piyush Goyal said that India would continue to engage with the trade track in the IPEF and will wait for the final contours to be decided on the trade pillar before it formally joins that pillar.
“On one pillar which deals primarily with trade, the contours of the framework particularly, any commitments required on environment, labour, the digital trade, public procurement are certain areas in which a broader consensus has yet to emerge amongst all the nations.
“We have yet to see what benefits member countries will derive and whether any conditionalities on, for example, the environment may discriminate against developing countries who have the imperative to provide low-cost and affordable energy to meet the needs of a growing economy,” Goyal has told reporters here.
All the other 13 Indo-Pacific Economic Framework for prosperity countries have joined the four pillars — trade, supply chains, clean economy and fair economy.
A ministerial statement on three subjects — supply chains, clean economy, and fair economy — and a ministerial text on trade pillar was issued after the ministerial meeting.
While India was mentioned in three statements about supply chains, clean economy, and fair economy, there was no mention of India in the ministerial text about the trade pillar.
The IPEF was launched jointly by the US and other partner countries of the Indo-Pacific region on May 23 in Tokyo. The 14 IPEF partners represent 40 per cent of global GDP and 28 per cent of global goods and services trade.
The framework is structured around four pillars relating to trade, supply chains, clean economy, and fair economy (issues like tax and anti-corruption).
Goyal also said that “India, while continuing to engage with the trade track in the IPEF, will wait for the final contours to be decided before we formally associate with the trade track”.
In the meantime, he said, Indian officials will be participating in the discussions with an open mind and in the best interests of the people and businesses of India.
When asked about the key areas of concern, he said digital trade, linkage of environment and labour to trade and possible binding commitments of any nature juxtaposed with the benefits that India will receive as a developing economy.
“We believe that certain responsibilities of the developed world, the developed countries should also be an integral part of any such agreement. And that is a matter which will require deeper engagement and more consultation,” he added.
On other three pillars related to supply chains, clean economy and fair economy, India is “very much” comfortable with the final outcome and text and “I have joined the ministerial declaration,” he said.
When asked why India opted out of the trade pillar, US Trade Representative Katherine Tai has said that “I would not characterise it as opting out, India is not in the trade pillar right now”.
According to the ministerial text on trade pillar: “We, the ministers of the US, Australia, Brunei Darussalam, Fiji, Indonesia, Japan, Korea, Malaysia, New Zealand, Philippines, Singapore, Thailand and Vietnam, seek to craft high-standard, inclusive, free, fair and open trade commitments that build upon the rules-based multilateral trading system.”
It has stated to deliver tangible benefits to peoples and advancing resilient, broad-based economic connectivity and integration in the Indo-Pacific region. The 13 countries (excluding India) intend to pursue provisions and initiatives related to labour, environment, digital economy, agriculture, competition policy, transparency and good regulatory practices, trade facilitation, inclusivity, and technical assistance and economic cooperation. (PTI)