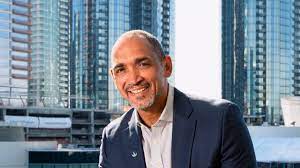 New Delhi, Mar 20:
Direct selling nutrition firm Herbalife Nutrition expects India to become its top market globally going forward, superseding the United States, according to the company’s global CEO John O Agwunobi.
With the company clocking double-digit volume growth in the last five years in India, where it is primarily present in tier I cities, it is now looking to expand into tier II and tier III markets, besides doing a feasibility study on setting up its own manufacturing facilities in the country.
Herbalife Nutrition, which has been in India for over 20 years, is also working to expand its Ayurveda-based product portfolio and add “multiple more products in the future” in the wake of the COVID-19 pandemic spiking demand for immunity boosting food supplements.
“India is now our number two market around the world in terms of volume points. It’s our fastest growing market in the world. We think India is on track to one day becoming our largest market worldwide,” Agwunobi told PTI.
To put that in some context, he said, “we are in 95 countries and we’ve been around for 42 years and for India to become this number two, and be on track to one day in the future becoming the number one is an amazing accomplishment.”
The company’s biggest market is the United States where its business started and it has become a much more mature market with penetration across the country.
“India’s only at 20… We’re still mainly in tier I, we’re beginning to expand into tier II and tier III markets and there’s still so much growth ahead for us here in India,” Agwunobi said.
In terms of its market share, he said the US accounts for 25 per cent of the company’s global market share and “India right now is probably somewhere between 10 and 15 per cent”.
Herbalife Nutrition’s global net sales for the year 2021 was USD 5.8 billion and increased by 4.7 per cent compared to 2020. India’s sales increased by 25 per cent in 2021 compared to 2020.
When asked how soon can India become the number one market, Agwunobi said, “It depends on two things. One, how fast will the US grow in the future and then how fast will India grow? … If India continues to grow at the double digit rate of growth that it has shown us in the last five years, I fully expect that over the next five or 10 years that India could threaten to take the number one position.”
He further said within the last two years, India has overtaken China to become the number two market for Herbalife Nutrition in the world.
“It’s growing faster than China, faster than Mexico, faster than the United States and so I think India is currently set up to one day become our largest market globally,” Agwunobi.
Keeping in pace with the growth here, he said the company is exploring the feasibility of having its own manufacturing unit. At present Herbalife Nutrition produces its products through third party manufacturers in India.
“At this rate of growth, we need to start looking at whether or not we should manufacture here in India. We have a team that is looking into that as we speak. The process for evaluating whether or not we should manufacture in India is underway,” he said.
Commenting on the company’s plans to enhance its portfolio of Ayurveda-based products, Agwunobi said, “We have two products today. We’re going to have multiple more products in the future. It’s an important part of our portfolio and our customers are embracing Ayurveda all across India.”
Stating that for over 4,000 years Indians have learned so much about how to develop and use Vedic products, he said, “It makes all the sense in the world that in our India business, we would embrace the science of Ayurveda.
“We’ve been working with a number of prominent scientists in the Ayurvedic field, a number of prominent practitioners in that field, to make sure that our products are not only high quality, but are true to the cultural core of Ayurveda.” (PTI)