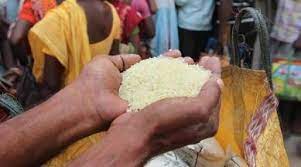 NEW DELHI, Nov 30: India has decided to lift the ban on exports of organic non-basmati rice, including broken rice, a notification by the Directorate General of Foreign Trade said on Tuesday.
In early September, India banned the export of broken rice as the export policy was revised from “free” to “prohibited”. Also, the Centre had imposed a 20 per cent export duty on non-basmati rice, except for parboiled rice, to boost domestic supplies.
The lifting of the ban now came likely after the easing of domestic supplies moderated prices.
The ban on exports assumed significance at that point as it appeared that the overall sown area under paddy this Kharif season could be lower than that of last year. This, the government thought, could have an impact on both crop prospects as well as prices going forward.
Farmers in India have sown less paddy this Kharif season. Kharif crops are mostly sown during monsoon -June and July, and the produce is harvested during October and November.
The primary reason for the decline in the sown area could be attributed to the slow advancement of the monsoon in the month of June and its uneven spread in July in some growing key regions in the country. (ANI)