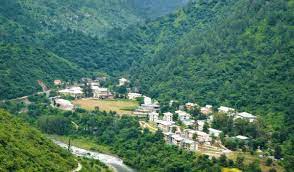 MANDI, Nov 30: A team, including researchers from the Indian Institute of Technology (IIT) Mandi, has developed a new material that can generate electricity from household light sources like LED or CFL.
A light-emitting diode (LED) is a semiconductor device that emits light when current flows through it while a compact fluorescent lamp (CFL) is a fluorescent lamp that uses a tube which is curved or folded to fit into the space of a light device.
The research, published in the journal Solar Energy, supports the internet of things (IoT) technology that is being increasingly used in mobile phones, smart homes, and other applications that require various kinds of real-time data.
These IoT devices are required to run independently without being dependent on electrical grids for power supply. Primary and secondary batteries are currently used to power such devices, the researchers said.
All batteries, irrespective of their kind, have a finite lifespan and are neither cost effective nor eco-friendly. Light-induced power generators are promising alternatives to batteries for powering such devices, they said.
Solar cells use the light from the Sun to produce power, but since many of the IoT are used indoors, solar light is not an option.
An alternative is to find methods to harness light from indoor lighting sources to generate enough power to run indoor devices such as sensors, gadgets, Wi-Fi routers, Radio-frequency identification (RFID) readers, etc.
The multi-institutional team, including resaerchers from National Institute of Solar Energy (NISE), Gurugram, Gautam Buddha University, Greater Noida, and the University of North Texas, US, has developed thin-film efficient photovoltaic cells that can generate power from any kind of light.
These cells are based on perovskites – a family of crystals that can absorb sunlight and generate power. Perovskites have been studied for a long time for solar power generation.
The researchers explored new perovskite materials that can be used to harvest indoor artificial light, and not just sunlight.
“We have synthesised a photoactive quasi-cubic structured perovskite material by incorporating Formamidinium (FA+) cation in Methylammonium Lead Iodide (MAPbI3) perovskite material,” said Dr. Ranbir Singh, from IIT Mandi.
“The fabricated perovskites (PVs) demonstrated a photoelectric conversion efficiency of 34.07 per cent with in indoor illumination conditions,” Singh said.
The photoelectric conversion efficiency values, one of the crucial indicators to determine the overall performance — were on par with the best-in-class perovskites for indoor applications, the researchers said.
The research presents a potential candidate for the development of photovoltaic material to capture the energy of indoor light using perovskites, the researchers said.
Indoor light-induced power generation will be increasingly sought in the near future due to the exponential growth in use of smart devices in applications such as wellness and health monitoring, smart homes, logistics, smart manufacturing, the researchers added. (PTI)