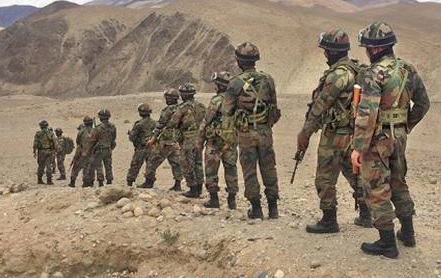 TOKYO, Sep 8:  India and Japan on Thursday agreed to step up bilateral defence cooperation and engage in more military exercises, including holding the first joint fighter jet drills, as they emphasised that their special strategic ties played a crucial role in ensuring a free, open and rules-based Indo-Pacific, amidst China’s aggressive behaviour in the region.

During the 90-minute-long meeting, the two Ministers also agreed to hold military drills aimed at boosting co-ordination between the air forces of the two nations.

India’s Defence Ministry later issued a statement in which it said that the two ministers “acknowledged the importance of India-Japan defence partnership and the critical role it will play in ensuring a free, open and rules-based Indo-Pacific region.”

The two ministers also agreed that the early conduct of the inaugural fighter exercise will pave the way for much greater cooperation and interoperability between the Air Forces of the two countries.

“We are happy to note that our Air Forces are working closely for early conduct of the inaugural Air Force fighter exercise,” defence minister Singh said after second India-Japan 2+2 Ministerial Dialogue held here along with External Affairs Minister S Jaishankar and their Japanese counterparts.

In a separate statement, the Japanese Defence Ministry said the two leaders affirmed that they would continue to vigorously promote defence cooperation and exchanges, for further enhancing Japan-India Special Strategic and Global Partnership, to uphold and reinforce the free and open Indo-Pacific while maintaining close communication between respective defence authorities.

Besides, the Ministers welcomed the progress being made in coordination for the first Japan-India joint fighter aircraft exercise with a view to further strengthen bilateral cooperation, it said.

India, the US and several other world powers have been talking about the need to ensure a free, open and thriving Indo-Pacific in the backdrop of China’s rising military manoeuvring in the region.

China claims nearly all of the disputed South China Sea, though Taiwan, the Philippines, Brunei, Malaysia and Vietnam all claim parts of it. Beijing has built artificial islands and military installations in the South China Sea.

During the delegation-level talks, Singh highlighted that the growing complexities in the India-Japan bilateral defence exercises is a testimony to the deepening of defence cooperation between the two countries, the Indian defence ministry said.

He emphasised on the need to expand the scope of partnership in the field of Defence Equipment and Technological Cooperation.

The Minister invited Japanese industries to invest in India’s defence corridors where a conducive environment for the growth of the defence industry has been created by the Government of India, the statement said.

The two Ministers expressed their commitment in continuing bilateral and multilateral exercises including ‘Dharma Guardian’, ‘JIMEX’ and ‘Malabar’, it said.

They welcomed the operationalisation of the Reciprocal Provision of Supply and Services Agreement during Exercise ‘MILAN’ in March this year.

The Japanese Defence Ministry said the two Ministers welcomed the improving interoperability through such initiatives as the implementation of the Agreement Concerning Reciprocal Provision of Supplies and Services between the Self-Defense Forces of Japan and the Indian Armed Forces during bilateral training.

Further, with respect to defence equipment and technology cooperation, the ministers reaffirmed that the two countries would continue to work together towards concrete cooperation, it said.

They also welcomed increasing multilateral defence cooperation and exchanges including both Japan and India, including multilateral exercise “Malabar” involving Japan, the US, India and Australia being conducted for two years in a row.

The Ministers reaffirmed that they would jointly promote multilateral initiatives which will contribute to upholding and reinforcing “Free and Open Indo-Pacific”.

They also exchanged views on the regional situation including the situation in Ukraine and highlighted their commitment to working in tandem towards a peaceful, stable and prosperous world, based on a rule-based order that respects sovereignty and territorial integrity of nations, the Japanese statement said.

They emphasised the need for all countries to seek peaceful resolution of disputes in accordance with international law without resorting to threat or use of force or any attempt to unilaterally change the status quo, it added.

This year marks 70 years of diplomatic relations between India and Japan.

In Tokyo, Singh and External Affairs Minister S Jaishankar will join their Japanese counterparts at the ‘2+2′ foreign and defence ministerial dialogue later in the day. The 2+2 Dialogue will review bilateral cooperation across domains and chart out the way forward.