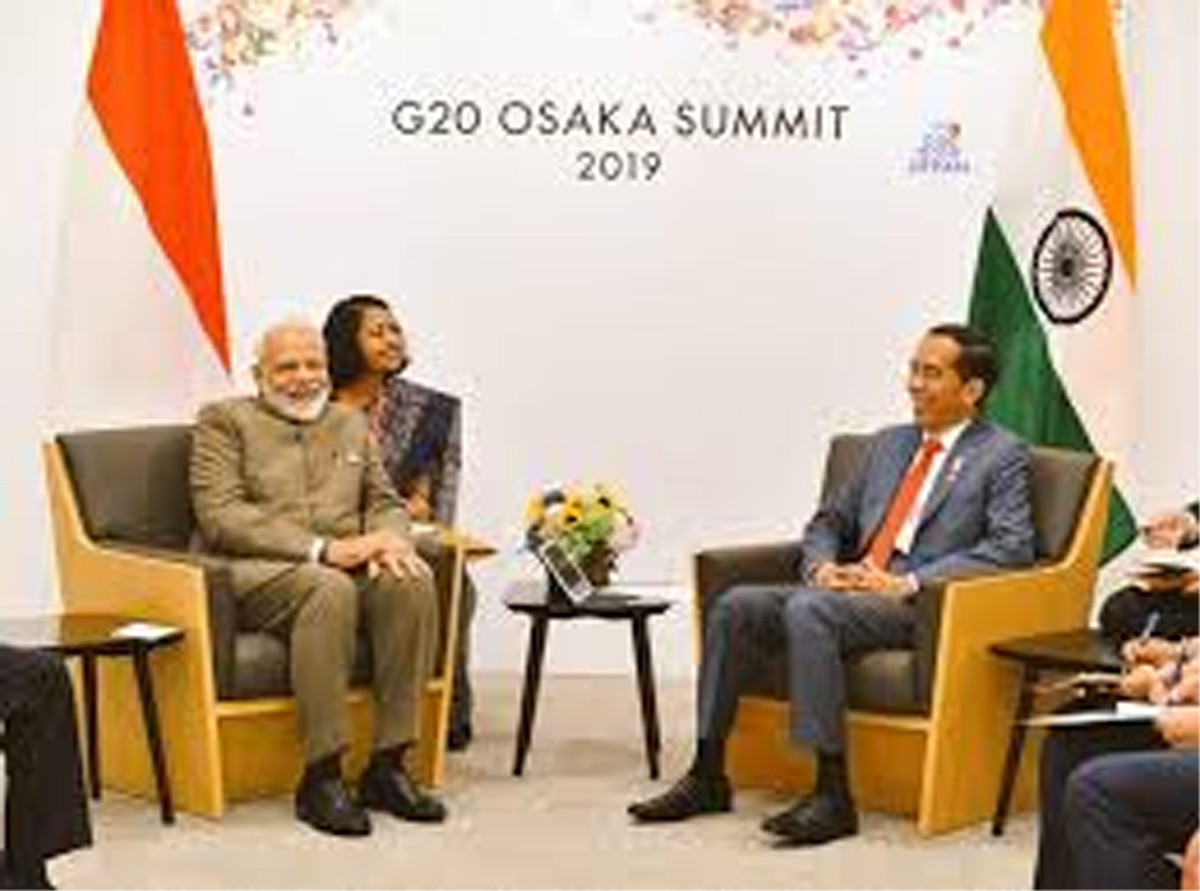 OSAKA, June 29: India and Indonesia on Saturday set an ambitious USD 50 billion target for bilateral trade over the next six years as Prime Minister Narendra Modi and President Joko Widodo discussed ways to deepen cooperation in a number of key areas including economy, defence and maritime security.

The two leaders, who are in Osaka, Japan for the G20 Summit, met in the morning and discussed ways to boost bilateral ties and enhance cooperation in trade and investment.

According to Ministry of External Affairs spokesperson Raveesh Kumar, India and Indonesia set a USD 50 billion target for bilateral trade by 2025.

Trade between the two countries in 2016 was USD 12.9 billion. It rose 28.7 per cent to USD 18.13 billion in 2017 with Indonesia’s exports to India reaching USD 14.08 billion and its imports from India standing at USD 4.05 billion, according to Indonesia’s Central Statistics Agency.

During his meeting between Prime Minister Modi and Indonesian President Widodo, the two leaders discussed ways to deepen bilateral cooperation in trade and investment, defence and maritime fronts.

This was Modi’s first official engagement on the second day of the June 28-29 Summit.