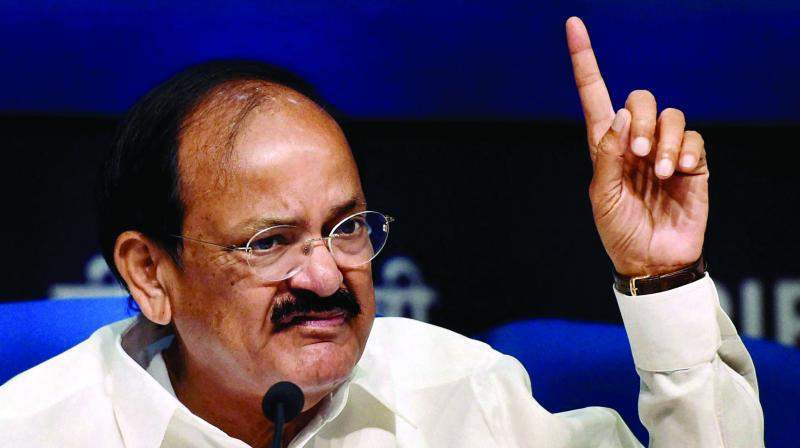 KASARGOD (Ker): Vice-President M Venkaiah Naidu today said the nation has a chance to re-emerge as a global powerhouse in the field of education, but for that changes in syllabus and improvement in infrastructure are needed.
Inaugurating the new campus of the Central University of Kerala at nearby Periye and dedicating it to the nation, he said India was once known as ‘vishwaguru’ and people from across the globe used to come here to study and acquire knowledge and expertise in different domains.
“However, the situation changed following foreign invasions and the British rule, and India lost its pre-eminent position in the field of education,” Naidu said.
The vice president said all higher educational institutes, including central universities, have the onerous responsibility of transforming the country into the epicentre of knowledge and innovation.
“Today, the country has a chance to re-emerge as a global powerhouse in the field of education. But this requires reorienting the syllabus and improving infrastructure in the education sector with the sole objective of imparting world class quality education,” Naidu said.
He said though there are more than 800 universities in India, none of them figure in the top-ranking educational institutes in the world.
“We cannot adopt a ‘business as usual’ approach if we want to change the situation”, the vice president said, adding, “From private educational institutions to central universities and academic organisations, all must work in a mission mode to revamp the educational architecture in tune with the requirements of the 21st century to make India a leading nation education and innovation.”
Naidu said though India has the third largest higher education system in the world, its Gross Enrolment Ratio was only 25.2 per cent.
Considering the huge demographic dividend the country was blessed with, it was imperative that the higher education system be expanded qualitatively and quantitatively for the betterment of the nation and society, he said. (AGENCIES)