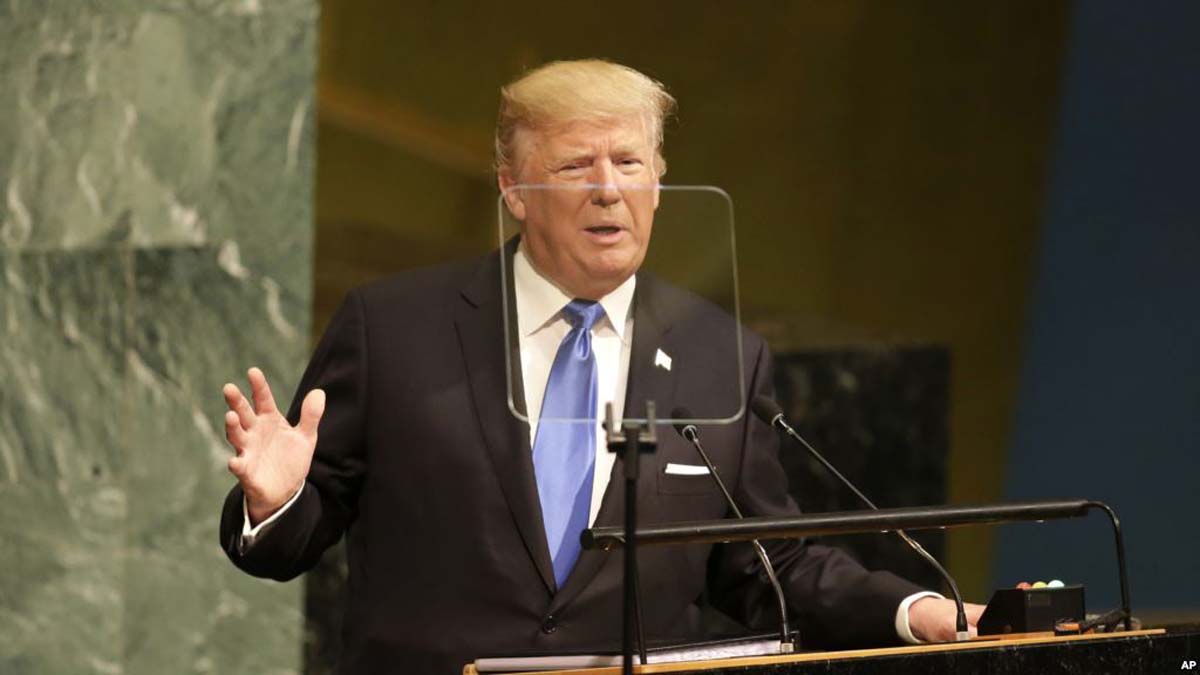 UNITED NATIONS: US President Donald Trump on Tuesday lauded India’s efforts to lift millions of its citizens out of poverty as he addressed world leaders at the 73rd session of the UN General Assembly.

“There is India, a free society (of) over a billion people, successfully lifting countless millions out of poverty and into the middle class,” Trump said in his second address to the General Debate of the UN General Assembly that opened here Tuesday.

In his about 35-minute address, he said over the years, history has transpired in the halls of the UN General Assembly. “We think of the many before us who have come here to address the challenges of their nations and of their times and our thoughts turn to the same question that ran through all their speeches, resolutions and through every word and every hope.”

“It is the question of what kind of world will we leave for our children and what kind of nations they will inherit,” Trump said.

He said the dreams that fill the UNGA hall today are as diverse as the people who have stood at this podium and as varied as the countries represented in the United Nations. “It really is something. It really is great great history.”