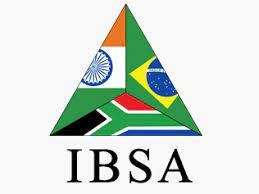 NEW YORK, Sept 22: India has discussed ways to step up cooperation among IBSA countries in various multilateral fora, including the UN, WTO and G20, on major issues of in the international agenda.
The IBSA (India, Brazil, South Africa) has emerged as a key tripartite grouping for the promotion of cooperation in a range of areas.
External Affairs Minister S Jaishankar on Wednesday hosted the 10th India-Brazil-South Africa (IBSA) Trilateral Ministerial Commission Meeting along with Brazil’s Minister of Foreign Affairs Carlos Alberto Franco França and Dr. Joe Phaahla, Minister of Health of the Republic of South Africa.
“The Ministers expressed satisfaction on the coordination and cooperation among IBSA countries in various multilateral fora, including the UN, WTO, WIPO and G20, on major issues of international agenda. They reiterated their intention to further deepen IBSA cooperation on international issues at various International Organisations and groupings,” according to a joint statement issued after the 10th IBSA Trilateral Ministerial Commission Meeting.
“The Ministers reaffirmed the centrality of the rules-based, transparent, non-discriminatory, open and inclusive multilateral trading system (MTS), as embodied in the WTO and its role in promoting predictability, stability, legal certainty and a level playing field for international trade while ensuring special and differential treatment for developing countries including Least Developed Countries,” it said.
“They also agreed to make all efforts to reform and strengthen the multilateral trading system and make the WTO more effective and responsive to the needs of its developing country members,” the statement said.
The members also underscored the need to continue to make positive efforts to ensure that developing country members, including the least-developed country members, secure a share in the growth of world trade commensurate with the needs of their economic development, it said.
With context to G20, they reaffirmed the high-profile grouping’s role as the premier forum for international economic cooperation and reiterated the need for implementing SDGs and continuing to promote sustainable development, according to the joint statement.
The ministers noted the upcoming G20 Presidencies of India and Brazil in 2023 and 2024, respectively, as useful opportunities to cooperate and steer the G20 Agenda and work with a developmental perspective. The Ministers also agreed to coordinate on issues of common interest, including health, international trade and investments, environment and climate change, counter-terrorism, transnational crime and development issues, the statement added.
IBSA exemplifies the spirit of South-South cooperation. The IBSA Fund is a special feature of the IBSA collaboration. It has since its inception, allocated over USD 44 million, supporting 39 South-South cooperation development projects in 35 partner countries with the majority being Least Developed Countries.
India is the incumbent IBSA Chair and will be hosting the 6th IBSA Summit on the sidelines of the G20 Summit in November 2022. (PTI)