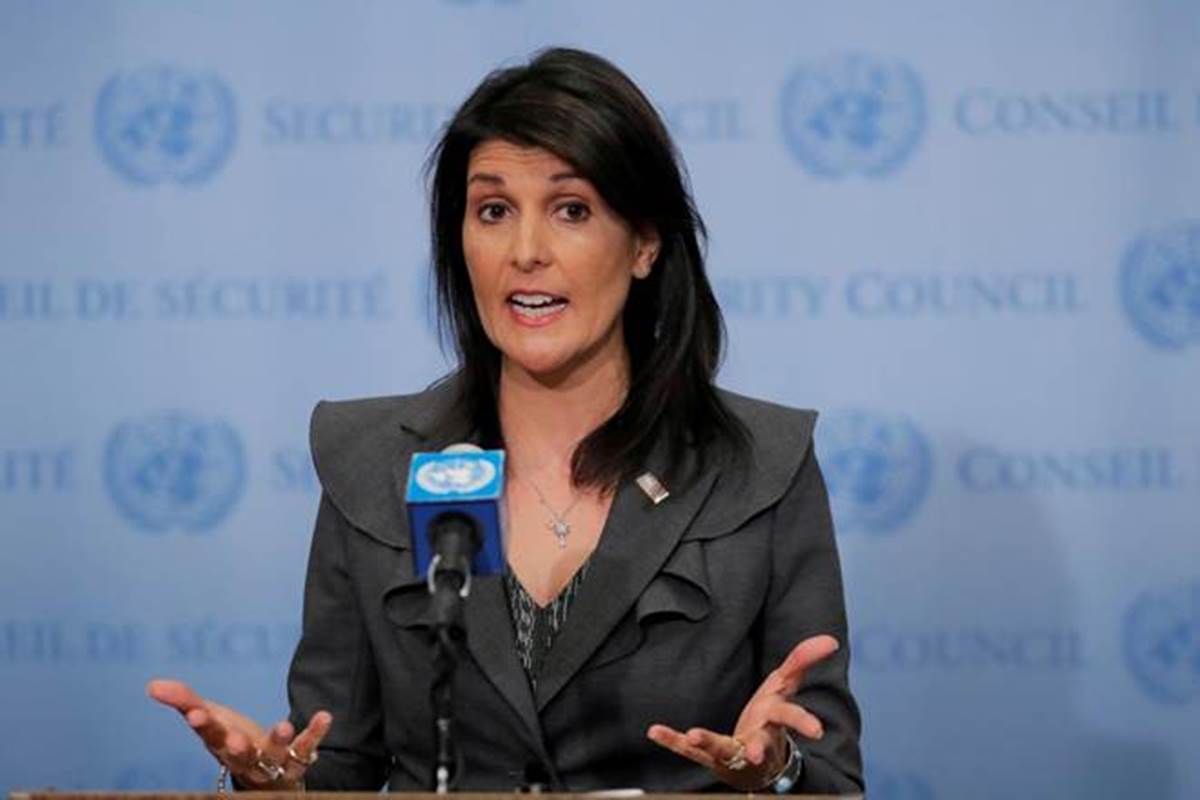 WASHINGTON: A couple of days after New Delhi banned apps with Chinese links, Republican leader and Indian American Nikki Haley said that India was continuing to show that it won’t back down from a Chinese aggression.
India on Monday banned 59 apps with Chinese links, including the hugely popular TikTok and UC Browser, for engaging in “activities which are prejudicial to sovereignty and integrity of India, defence of India, security of state and public order”.
The ban came against the backdrop of the current stand-off between Indian and Chinese troops along the Line of Actual control in eastern Ladakh. The tension escalated manifold after 20 Indian soldiers were killed in a violent clash in Galwan Valley on June 15. The Chinese side also suffered casualties but it is yet to give out the details.
“Good to see India ban 59 popular apps owned by Chinese firms, including TikTok, which counts India as one of its largest markets,” Haley tweeted on Wednesday.
“India is continuing to show it won’t back down from China’s aggression,” the former US Ambassador to the UN said in a tweet hours after Secretary of State Mike Pompeo welcomed India’s decision in this regard.
Pompeo on Wednesday welcomed New Delhi’s decision to ban dozens of apps with Chinese links, saying it will “boost India’s integrity and national security.”
“We welcome India’s ban on certain mobile apps that serves as an appendage of the CCP’s (Chinese Communist Party) surveillance State,” Pompeo told reporters at a news conference held at the Foggy Bottom headquarters of the State Department.
“India’s clean app approach will boost India’s sovereignty. It will also boost India’s integrity and national security,” he said.
In an interview to Fox News, Republican Senator Marco Rubio supported India’s move to ban Chinese apps.
“Yes, they’re not only appropriate, they’re long overdue,” he said when asked about steps like banning Chinese apps by India and the US taking action against Huawei and ZTE.
According to MIT Technology Review India has a huge smartphone user base and English-speaking population, which make it the world’s largest social media market. India is also TikTok’s biggest market, with nearly 191 million downloads at the end of 2019; the US is at a distant second with nearly 41 million, it stated.
“India’s Chinese app ban is a new diplomatic maneuver. India and China have opened a new front in their ongoing skirmish. Both countries are nuclear powers and economic giants, but India’s ban is notable for using social media as a tool to exert political pressure on its rival,” MIT Technology Review said.
Forbes magazine said that the ban on TikTok has left many influencers and influencer managers bereft of work and in shock. (AGENCIES)