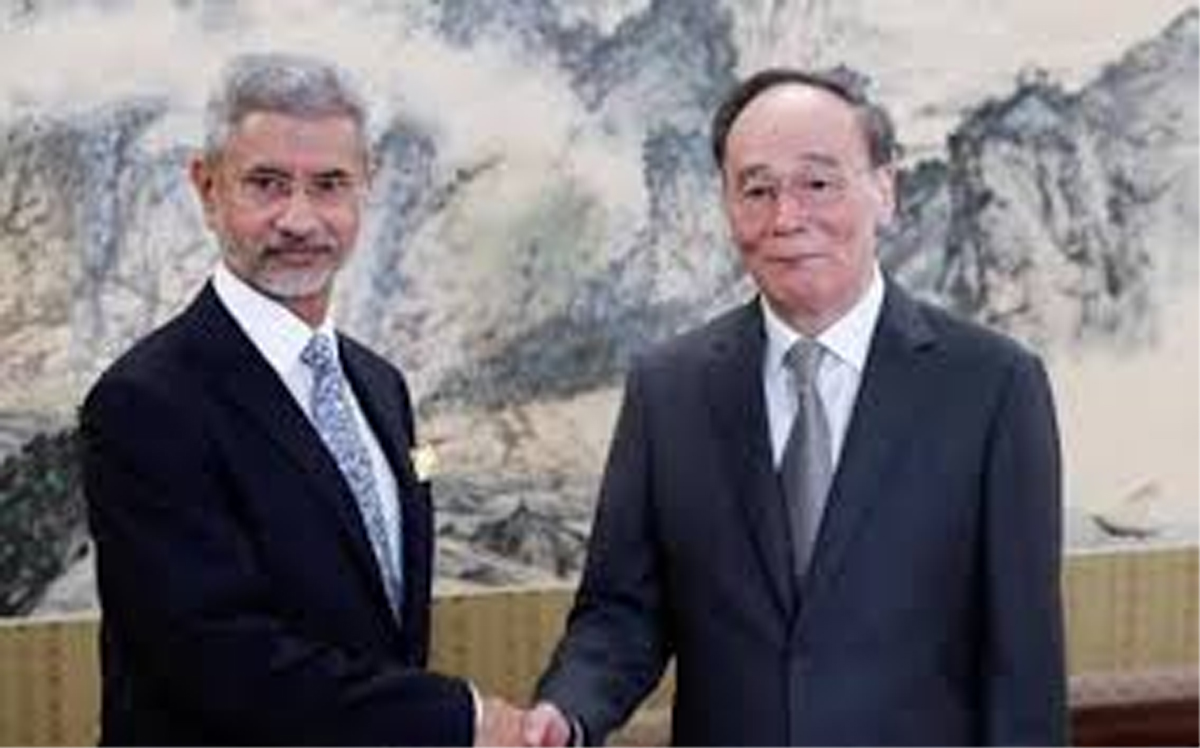 BEIJING, Aug 14: India and China should find stronger convergences, respect each other’s core concerns and manage differences, External Affairs Minister S Jaishankar has said as he underlined that the relationship between the two Asian giants has become “so big” that it has acquired a “global dimension”.

Jaishankar, who concluded his three-day visit to Beijing on Monday, held extensive and in-depth talks with his counterpart Wang Yi on the entire gamut of the India-China ties.

As the two largest developing countries and emerging economies, cooperation between India and China is of great importance to the world, Jaishankar told state-run Xinhua news agency here in an interview on Sunday.

“Our relationship is so big that it is no longer a bilateral relationship. It has global dimensions,” the report quoted Jaishankar as saying.

Describing the world as “more multi-polar” with changing global order, he said India and China need to enhance communication and coordination to contribute to world peace, stability and development.

The two countries should find stronger areas of convergence, respect each other’s core concerns, find ways of managing differences and keep a strategic view of the direction of bilateral ties, he said.

The minister said the two neighbours have a long history that goes back to thousands of years and the two countries’ civilisations are among the oldest that represent two pillars of the civilisation of the East.

“A lot of people, including young people of both countries, really don’t have a good understanding of how much our two cultures of civilisations have affected each other,” Jaishankar said, underlining that “promoting a greater awareness of that history” through more cultural exchanges is an important task for the two countries.

India and China have agreed to establish a high-level people-to-people exchanges mechanism in April last year and the first meeting was held in New Delhi in December.

Describing the move as “taking the bilateral relationship from the narrow diplomatic field to a larger societal interaction”, Jaishankar said the more people of the two nations interact face-to-face, the more their sense of relating to each other will grow.

“It’s important for our relationship to build popular support. Our people must feel good about each other,” he said.

Jaishankar had also co-chaired the 2nd meeting of the China-India high-level people-to-people exchanges mechanism with Wang Yi, agreeing to further promote friendship between the two peoples.

This was his first visit to China after taking over the position of the External Affairs Minister. He had earlier served as India’s envoy to China from 2009 to 2013, the longest tenure by an Indian diplomat to Beijing.

His visit was finalised much before India’s move to revoke Article 370 of the Constitution that gave special status to J&K.

During his meeting with Wang Yi, Jaishankar said India’s decisions on Jammu and Kashmir are country’s “internal” matter and have no implication for either the external boundaries of India or the Line of Actual Control (LAC) with China.

The remarks came in response to Wang, who brought up developments pertaining to legislation passed recently by the Indian Parliament on J&K, saying China is “very closely” following the Indo-Pak tensions over Kashmir and its “ramifications” while asking New Delhi to play a “constructive role” for regional peace and stability.

According to an official release from the external affairs ministry, during the bilateral meeting, Jaishankar conveyed that this was an “internal” matter for India and the issue related to changes in a temporary provision of the Constitution of India and was the sole prerogative of the country.

Asserting that the legislative measures were aimed at promoting better governance and socio-economic development, Jaishankar also said there was no implication for either the external boundaries of India or the LAC with China.

“India was not raising any additional territorial claims. The Chinese concerns in this regard were therefore misplaced. The minister also conveyed that so far as the India China boundary question was concerned the two sides had agreed to a fair, reasonable and mutually acceptable settlement of the Boundary Question on the basis of the 2005 Political Parameters and Guiding Principles,” the release said.

Jaishankar also told Wang that it was important to ensure that bilateral differences should not become disputes and emphasised that the future of the ties will depend on the mutual sensitivity to each other’s “core concerns”.

China on August 6 had objected to the formation of Ladakh as Union Territory by India, saying it undermined its territorial sovereignty, evoking a sharp reaction from New Delhi, which asked Beijing to refrain from commenting on its “internal affairs”.