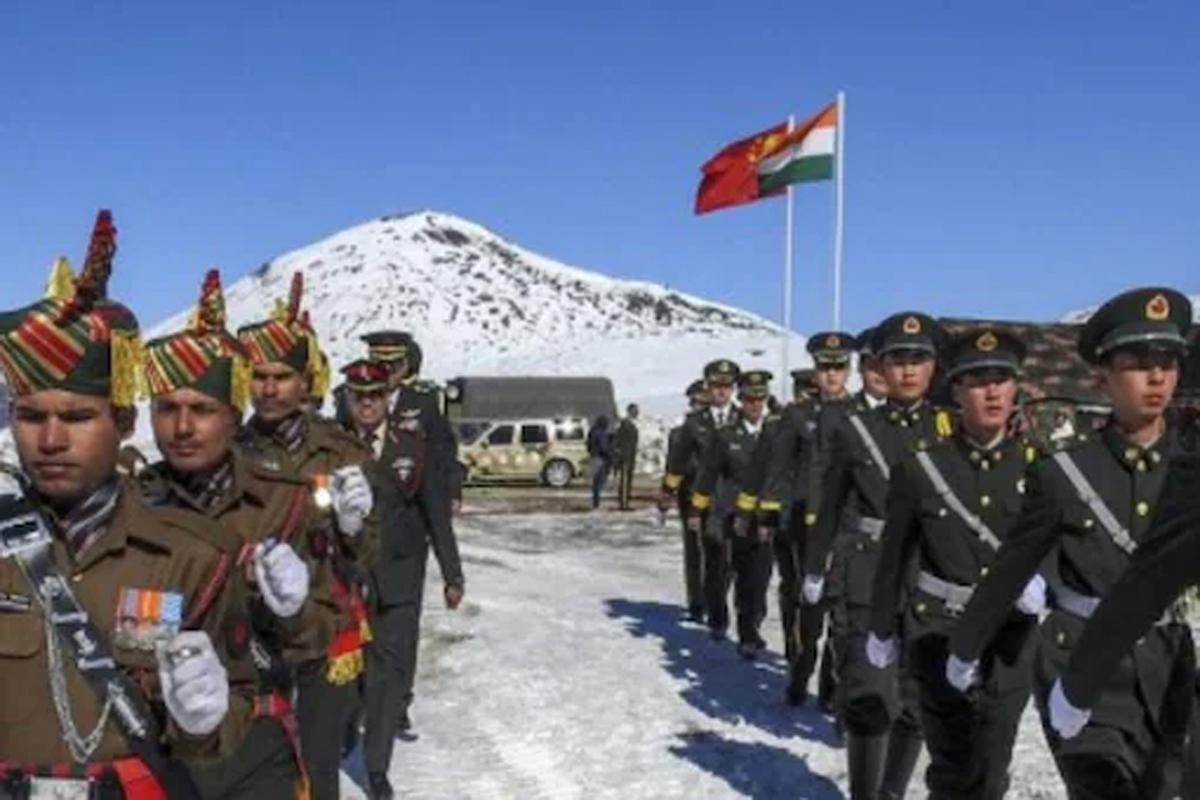 NEW DELHI, Oct 11:
India and China failed to make any headway in resolving the 17-month standoff in the remaining friction points in Eastern Ladakh with the Indian Army today saying the “constructive suggestions” made by it at the latest round of military talks were neither agreeable to the Chinese side nor Beijing could provide any “forward-looking” proposals.
In a strong statement after the 13th round of talks on Sunday that ended in a stalemate, the Army also said the situation along the Line of Actual Control (LAC) had been caused by “unilateral attempts” of the Chinese side to alter the status quo and it is necessary that China takes appropriate steps to restore peace in the region.
“During the meeting, the Indian side therefore made constructive suggestions for resolving the remaining areas but the Chinese side was not agreeable and also could not provide any forward-looking proposals. The meeting thus did not result in resolution of the remaining areas,” the Army said in a statement on the talks that lasted eight-and-a-half hours.
As the two sides accused each other for the deadlock, it is learnt that the Indian side mentioned about the stalled disengagement at Patrolling Point 15 (PP-15) as well as issues in Depsang Plains and Demchok.
In its statement released in Beijing, the Chinese PLA’s Western Theatre Command claimed that India insisted on “unreasonable and unrealistic” demands, adding difficulties to the negotiations. It also said that China has made “tremendous efforts to ease and cool down the border situation and fully demonstrated its sincerity.”
People familiar with the talks said the Chinese delegation came to the meeting with a pre-determined approach and was not ready to move forward from its position. The talks were held at the Chushul-Moldo border point on the Chinese side of the LAC in Eastern Ladakh.
The talks took place in the backdrop of a brief face-off between the two sides near Yangtse in the Tawang sector of Arunachal Pradesh nearly two weeks ago and there were indications of some “physical engagement” among the troops. Close to 100 Chinese soldiers had also transgressed the LAC in the Barahoti sector of Uttarakhand on August 30.
In its statement, the Indian Army said the Indian side pointed out that the situation along the LAC had been caused by “unilateral attempts” by the Chinese side to alter the status quo and in violation of the bilateral agreements.
“The Indian side pointed out that the situation along the LAC had been caused by unilateral attempts of Chinese side to alter the status quo and in violation of the bilateral agreements,” the Army said.
“It was therefore necessary that the Chinese side take appropriate steps in the remaining areas so as to restore peace and tranquillity along the LAC in the Western sector,” it added.
The Indian side also referred to the talks between the Chinese and Indian Foreign Ministers last month in Tajikistan’s capital Dushanbe on the sidelines of the summit of the Shanghai Cooperation Organisation (SCO).
“This would also be in accord with the guidance provided by the two foreign ministers in their recent meeting in Dushanbe where they had agreed that the two sides should resolve the remaining issues at the earliest,” the Indian Army statement said.
“The Indian side emphasised such resolution of the remaining areas would facilitate progress in the bilateral relations,” it added.
The Indian Army statement also said the two sides have agreed to maintain communications and also to maintain stability on the ground, the statement said.
“It is our expectation that the Chinese side will take into account the overall perspective of bilateral relations and will work towards early resolution of the remaining issues while fully abiding by bilateral agreements and protocols,” it added.
Chinese Foreign Ministry Spokesman Zhao Lijian alleged that the Indian statement has “no factual basis” and that the Chinese side made great efforts to ease the border situation. “However, the Indian side still persisted with unreasonable and unrealistic demands which added difficulties to the negotiations. China is firm in its resolve to safeguard national sovereignty,” Zhao told a regular media briefing in Beijing.
The Chinese PLA statement had also said that China’s determination to safeguard sovereignty is “unwavering”, and that it hopes India will not misjudge the situation and take actions with sincerity to safeguard the peace at the border.
The Indian delegation for the Sunday talks was led by Lt Gen PGK Menon, the Commander of the Leh-based 14 Corps, while the Chinese side was headed by Maj Gen Zhao Zhidan.
On Saturday, Chief of Army Staff Gen MM Naravane said if the Chinese military continues with its large-scale deployment in the eastern Ladakh region, then the Indian Army too will maintain its strength on its side which he said is “as good as what the PLA has done.”
The border standoff between the armies of India and China erupted on May 5 last year following a violent clash in the Pangong lake areas and both sides gradually enhanced their deployment by rushing in tens of thousands of soldiers as well as heavy weaponry.
As a result of a series of military and diplomatic talks, the two sides completed the disengagement process in the Gogra area in August and in the north and south banks of the Pangong lake in February.
The two sides held the 12th round of talks on July 31. Days later, the two armies completed the disengagement process in Gogra, which was seen as a significant forward movement towards the restoration of peace and tranquillity in the region.
Each side currently has around 50,000 to 60,000 troops along the LAC in the mountainous sector. (PTI)