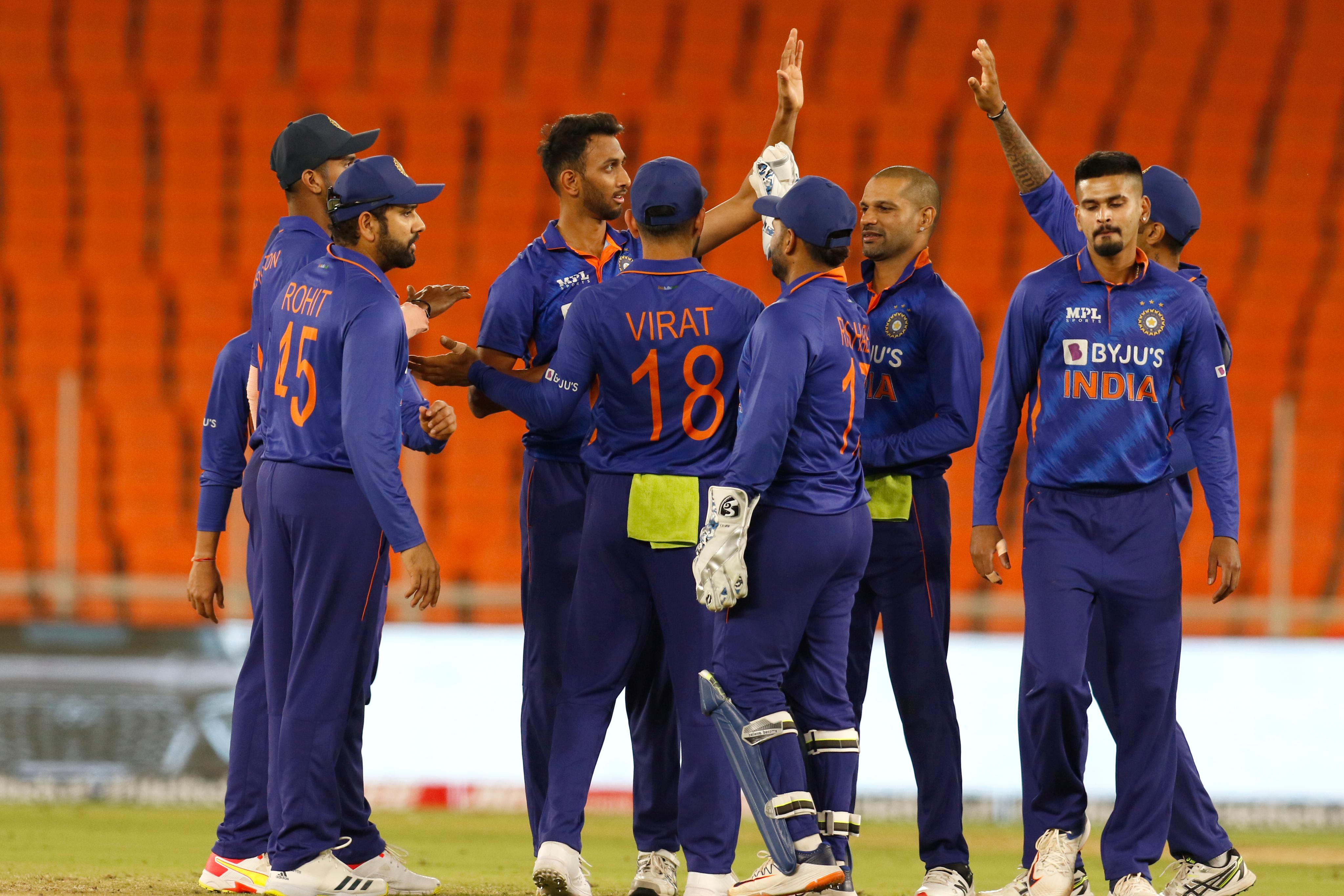 Gujarat, Feb 11: Shreyas Iyer’s 80 run knock and a joint effort from the entire bowling unit, helped India in defeating West Indies by 96 runs in the third and final ODI here at Narendra Modi Stadium on Friday.
With this win, India has got a clean sweep in the series with 3-0 lead, after clinching victory in the first two matches.
Chasing 267, the visitors began with a pathetic start as opener Shai Hope had to depart after getting LBW by Mohammed Siraj for just 5 runs, leaving the team’s total at 19/1. It was followed by Brandon King and Shamarh Brooks’ dismissal by Deepak Chahar at 25/3 in the fifth over.
Later, Darren Bravo joined skipper Nicholas Pooran and the duo tried to get some runs for their side, but Krishna Prasidh sent the former back to the dug out in the 14th over with only 68 runs on the board. Jason Holder was also dismissed for only six runs by the pacer.
Kuldeep Yadav also scalped two wickets and dismissed Pooran and Fabian Allen on 34 and zero, respectively.
Then it was Odean Smith, who came to crease and played a knock of 36 runs in just 18 balls and brought some hopes for West Indies. But, their happiness was short-lived as he got caught by Shikhar Dhawan on Siraj’s delivery, with the team’s total at 122/8.
Alzarri Joseph and Hayden Walsh joined hands to stitch a good partnership but their efforts went in vain after Siraj struck again and scalped Walsh’s wicket. Then, Krishna put the last nail on the coffin and sent Joseph back and dismantled the visitors at 169/10, to register a victory by 96 runs.
Earlier, opting to bat first, Iyer and Rishabh Pant played a partnership of 110 runs. Later, Deepak Chahar and Washington Sundar took the hosts to 200-run mark, with 53 runs of the seventh wicket.
For West Indies, Holder scalped four wickets while Joseph and Walsh returned with two each.
Both the teams will now be facing each other for the T20I series in Kolkata, starting from February 16.
Brief scores: India: 265/10 (Shreyas Iyer 80, Rishabh Pant 56; Jason Holder 4/34) vs West Indies 169/10 (Odean Smith 36, Nicholas Pooran; Prasidh Krishna 3/27) (Agencies)