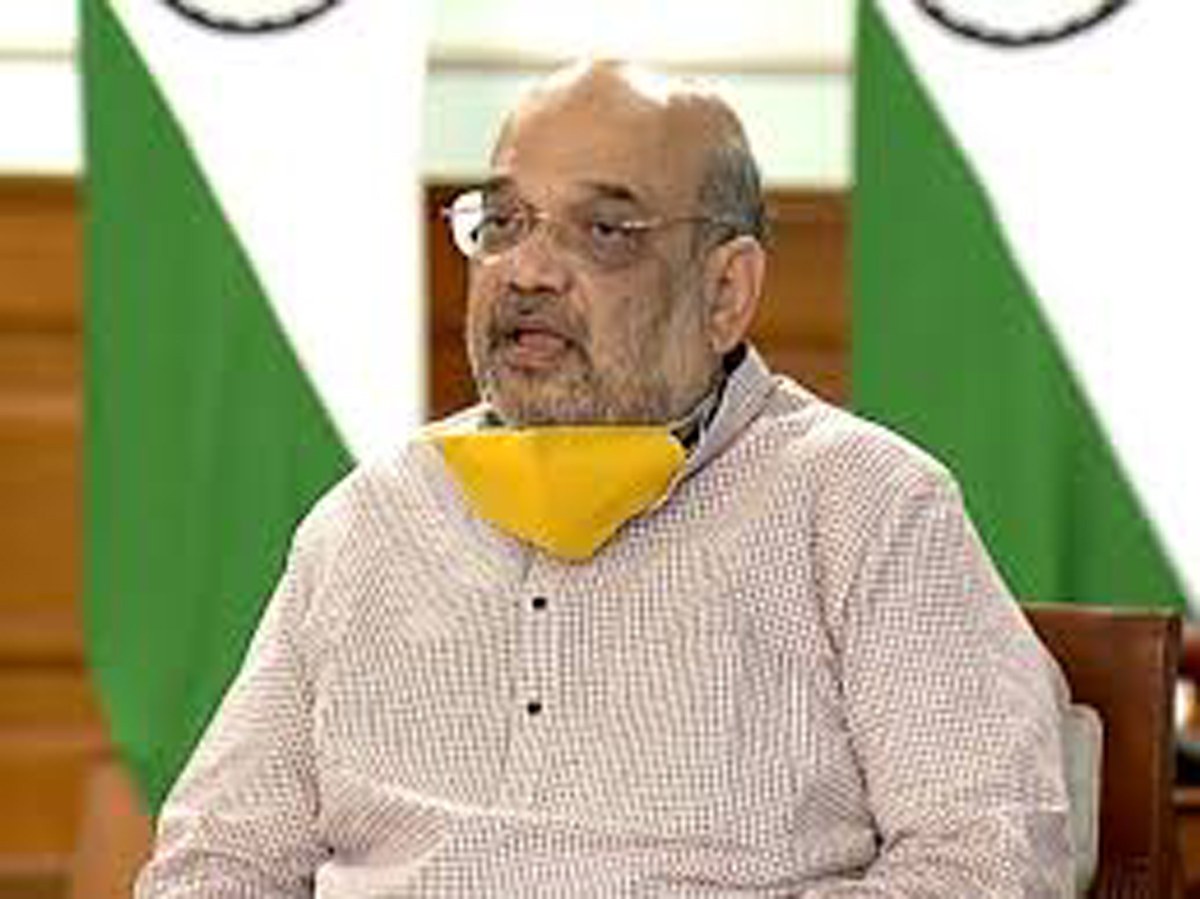 GURGAON, July 12: India is at a “good position” in the battle against the coronavirus pandemic and the country will fight the disease with determination and enthusiasm, Union Home Minister Amit Shah said today.
Shah spoke after participating in a mega plantation drive initiated by the Central Armed Police Forces (CAPFs) that has a target to plant about 1.37 crore saplings in their country-wide campuses by this month-end.
“The world is seeing that if a successful battle has been fought anywhere across the globe against the coronavirus it is India under the leadership of Prime Minister Narendra Modi,” he said.
“It was feared that how would a large country like ours would face this challenge given that we have a federal structure of governance, dense population of 130 crore people and no single chain of command,” Shah said.
He was speaking after planting a peepal tree at the CRPF officers’ training academy campus in Kadarpur village here.
The 130 crore people of the country, all the states and every individual fought this battle against COVID-19 as one nation, he said.
Across the globe, governments are fighting this disease but in our country everyone has joined hands, Shah said.
“We are at a good position in this coronavirus battle and will continue this fight with determination and there is no atmosphere of fear. We have the passion to battle it and enthusiasm to defeat it (coronavirus),” Shah said in his address to the chiefs of various CAPFs and troops who heard him over a webinar link.
As the home minister of the country, I can proudly say that the security forces of the country have a “big role” to play in this battle fought by India, he said. Shah noted that COVID-19 is a very contagious disease that challenges the very existence of the human kind.
Saluting the ‘corona warriors’ of the CAPFs and other security and police forces, the minister said they have set a new example of rendering their duty and fighting the pandemic at the same time.
He said over 31 CAPF personnel have laid down their lives while rendering COVID-19 duties out of which ten personnel are from the Central Reserve Police Force.
“I assure you that your sacrifice will not go in vain. Your sacrifice will be written in golden words,” he said.
Talking about the importance of trees in environment protection, the home minister urged the personnel of these forces to adopt at least one plant and ensure that they protect it till it grows bigger than them.
“Consider the plant like your child and treat it with the affection and care that you bring up your children,” he urged the personnel.
“We are facing challenges of global warming, rise in temperature and depletion of the ozone layer.Only trees can save us from environmental challenges and they can help to lessen the existing pollution and nothing else,” he said.
He said the home ministry, under the ongoing mega plantation drive, has chosen the maximum of those plants which have a life span of over 100 years so that they can help preserve the nature for long. Shah also said that he believes that his ministry should have a culture that all projects or initiatives launched by it should reach successful completion. (PTI)