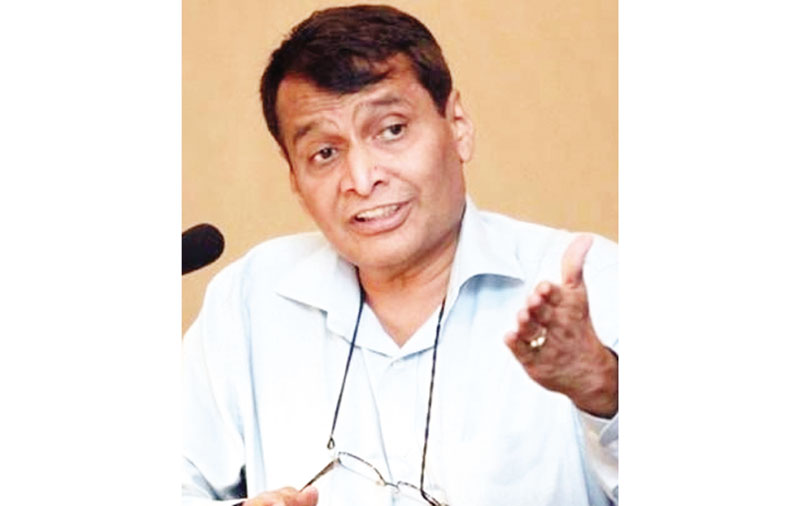 NEW DELHI, Mar 18: India and Africa should examine if they can enter into a free trade agreement or preferential trade agreement, Commerce Minister Suresh Prabhu has said.
Addressing a conference here, the minister said India’s exports of services and merchandise together would touch a record USD 540 billion in the current financial year ending March 31, reflecting its robust economic fundamentals.
“Please think about a free trade agreement between Africa and India. We can think about a preferential trade agreement….and the fundamental principle would be how Africa will benefit first and India later,” he said, adding this could be another way of increasing Africa’s share in the global marketplace.
The India-Africa trade stands at USD 62 billion. India mainly exports pharmaceuticals, engineering and electronic products to Africa and imports natural resources and diamonds.
According to the minister, India received record FDI inflows in the last fiscal, and the country’s outbound investment flows are also increasing. Africa would be the preferred destination for Indian investments, Prabhu said.
Commerce Secretary Anup Wadhawan said the balance of trade is in favour of Africa. In 2017-18, India’s exports to Africa were valued at USD 24 billion, whereas India’s imports from Africa were at USD 38 billion.
He said there is a huge potential to expand India-Africa bilateral trade flow, towards which India should look to geographically diversify its ties with African countries, as also diversify the bilateral trade basket.
Addressing the CII EXIM Bank Conclave on India Africa Partnership here Sunday evening, he said India is committed to working with Africa in areas prioritised by African countries in the spirit of ‘Partners in Progress’.
The minister added that even as India gears up to become a USD 5 trillion economy in the next few years, and a USD 10 trillion economy thereafter, the country endeavours to help Africa sustain its own economic growth momentum.
He pointed out that while physical connectivity between the two regions is being strengthened, the opportunity to expand digital connectivity between India and Africa could obviate the need for widespread and capital-intense physical infrastructure connectivity.
Keeping in view Africa’s central location on the global map, India could help establish strong logistics linkages in the region, Prabhu said. He also highlighted the opportunities for deeper India-Africa bilateral cooperation and partnerships in agriculture and food processing, power projects, new and renewal energy development, skills development, among others.
He added that Indian industry will extend all support to African nations to process natural resources in Africa itself. (PTI)