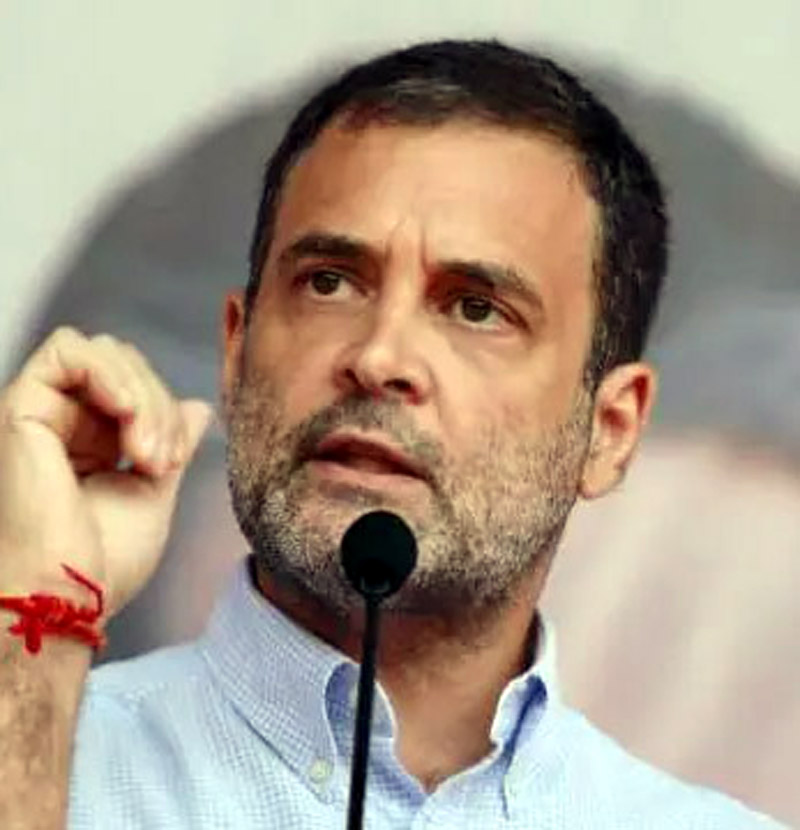 JAIPUR, Dec 12:
Congress leader Rahul Gandhi on Sunday said India is a country of Hindus and not Hindutvadis, who want to be in power in any condition.
He said if there is inflation in the country and there is suffering, then this has been done by Hindutvadis.
“This is a country of Hindus, not Hindutvadis. If there is inflation in the country and there is suffering, then this has been done by Hindutvadis. Hindutvadis want power in any condition,” Rahul said addressing a rally against rising inflation here.
He targeted Prime Minister Narendra Modi, saying his friends have “ruined” the country.
“Modi ji and his three-four industrialist friends ruined the country in seven years,”Rahul alleged.
Describing Hindu and Hindutva as two different words, Rahul said just as two living beings cannot have one soul, two words cannot have the same meaning.
A Hindu is one who is not afraid of anyone and embraces everyone, the Congress leader said.
Mahatma Gandhi was a Hindu and Godse was Hindutvadi, the Congress leader said, stressing that a Hindu continuously searches for truth and spends his entire life for the search just like Mahatma Gandhi.
But, in the end, one Hindutvadi fired three bullets in his chest, Rahul said.
Hindutvadi spends his entire life for power whether he has to beat of kill someone, he said.
“This is Sattagrah and not Satyagrah,” Rahul said.
“I am Hindu and not Hindutvadi,” he added.
He said, “Hindutvadis have to be ousted once again and the rule of Hindus have to be brought in the country.”
Earlier, speaking at the rally, Congress general secretary Priyanka Gandhi Vadra slammed the Modi-led Union Government, saying it wants to sell to its industrialist friends whatever her party had built in 70 years.
She alleged that the government is working for select industrialist friends instead of working for the good of people and farmers.
“There are two types of government. The goal of the first type of Government is service, dedication and truthfulness to the public and there is a Government whose target is lies, greed and loot…The target of the present Central Government is lies, greed and loot,” she alleged.
“The Modi Government at the Centre repeatedly questions what Congress has done in 70 years. I say leave the talk of 70 years. Tell us what you have done in seven years,” she asked.
She said when elections come, BJP leaders talk of China or other countries, casteism and communalism but not about the struggles of the people and asked what the Modi government has done in seven years of its rule.
“It is your responsibility to make the Government accountable, it is your responsibility to ask why there is so much inflation,” she said addressing the gathering. (PTI)