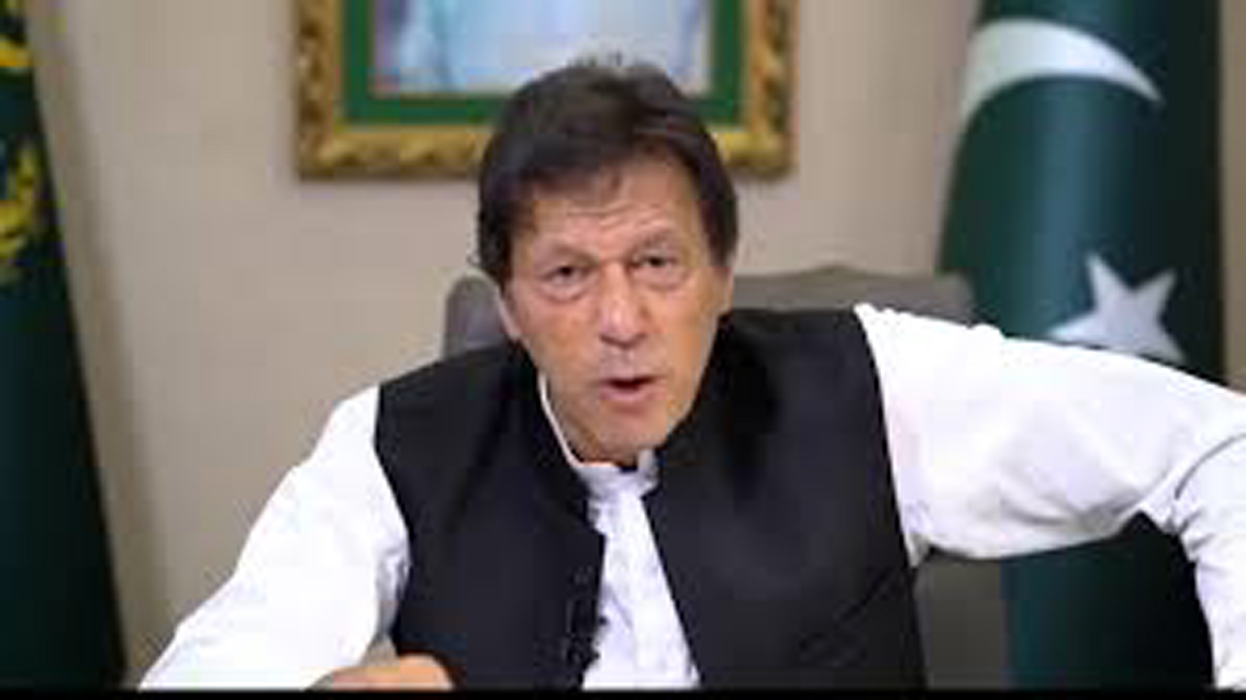 NEW DELHI, Jan 23:  Slamming Pakistan Prime Minister Imran Khan for trying to paint an “alarmist” situation in Kashmir and seeking global intervention to de-escalate tension between nuclear-armed India and Pakistan, New Delhi today said his remarks show “growing sense of frustration” and that the world understands Islamabad’s “double standards”.
External Affairs Ministry Spokesperson Raveesh Kumar also categorically ruled out any third party role on the Kashmir issue, asserting that any issue between India and Pakistan should be resolved bilaterally and the onus to create a conducive atmosphere which could lead to meaningful engagement was on Islamabad.
Apart from calling for global intervention to de-escalate tension between India and Pakistan, Khan in Davos said that there were no terror groups left in his country and some terror outfits were operating from Afghanistan.
“We are hardly surprised by the content and tone of his remarks. They are not only factually inaccurate and contradictory, but also demonstrate a growing sense of frustration,”Kumar replied when asked about the comments by Khan.
“Pakistan has to realise that the global community has seen through this double standards…Playing the victim card in their fight against terror on the one hand, and supporting terror groups targeting India and other countries on the other,” he asserted.
When asked about Khan refusing to criticise China for the plight of Uyghur Muslims in China while showing concerns over the community in Kashmir, Kumar took an indirect pot shot at the Pakistan Prime Minister. “He said something, he is not saying something. You draw your own conclusion.”
During a media interview, Khan refused to criticise China over the condition of Uyghur Muslims, calling the country a great friend who he said has done so much for Pakistan.
Kumar said Pakistan must first take credible steps to deal with terror networks operating from its soil instead of trying to mislead the international community.
“They have to take credible, irreversible and verifiable action against terror groups operating from its soil rather than making misleading and alarmist statements to divert the attention of the international community,” said Kumar.
The MEA spokesperson categorically asserted that there was no role for any third party on the Kashmir issue, in a clear message to US President Donald Trump, who made a fresh offer to “help” India and Pakistan resolve the dispute two days ago.
Kumar said if there are any issues between India and Pakistan, they should be resolved bilaterally under the provisions of Simla agreement and the Lahore declaration and that the onus is on Islamabad to create an atmosphere for talks.
“We have seen President Trump’s remarks. Our position on the Kashmir issue has been clear and consistent. Let me once again reiterate that there is no role for any third party in this matter,” Kumar said at a media briefing.
Addressing the media with Khan in Davos on Tuesday, Trump said that the US was watching the developments relating to Kashmir “very closely” and repeated his offer to “help” resolve the dispute.
Trump’s comments came ahead of his planned two-day visit to India which is likely to take place between February-24-26.
On the upcoming meeting of FATF in France, Kumar said India hoped that the global anti-terror watchdog will carry out an assessment of Pakistan’s efforts to contain terrorism. (PTI)