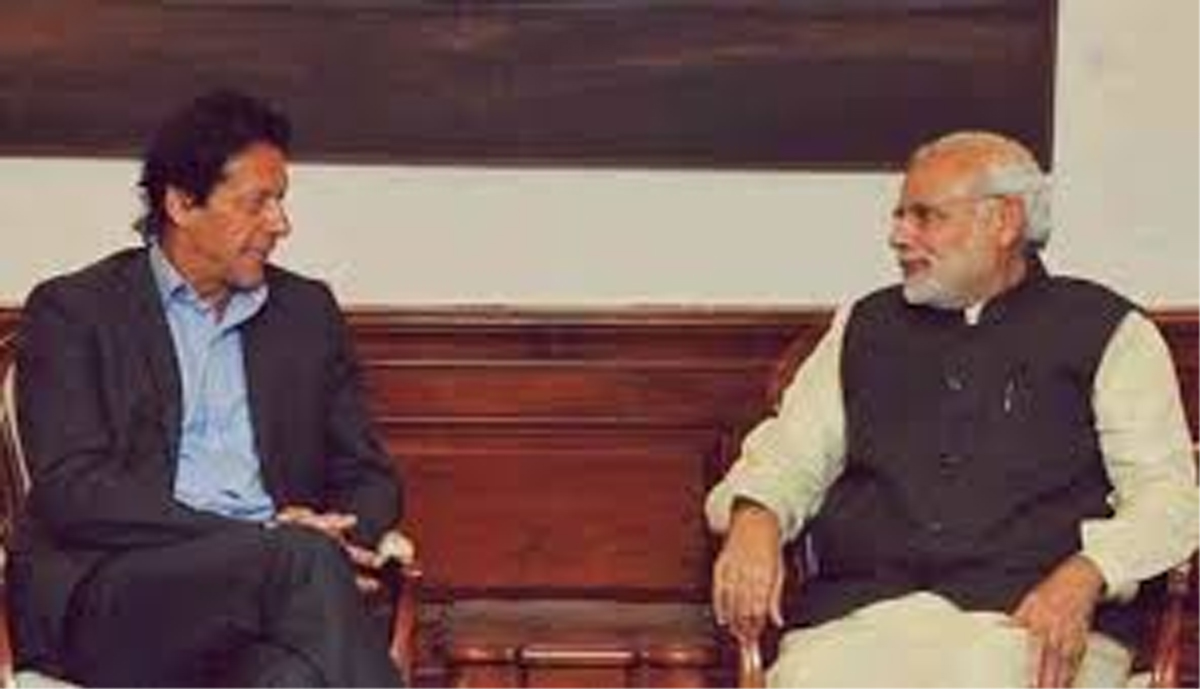 ISLAMABAD, Mar 23: Pakistan Prime Minister Imran Khan has welcomed his Indian counterpart Narendra Modi’s greetings on the eve of its National Day, saying time has come to begin a “comprehensive dialogue” between the two countries to address and resolve all issues, including the “central issue” of Kashmir.

According to official sources in New Delhi, Prime Minister Modi sent a letter to Khan, greeting people of Pakistan on the eve of its National Day and highlighting the importance of a terror-free South Asia.

Modi, in his message, said it was time for the people of the sub-continent to work together for a democratic, peaceful, progressive and prosperous region, in an atmosphere free of terror and violence, they said.

Khan, in a tweet, welcomed Modi’s message and said the time has come to begin a comprehensive dialogue between the two countries to address and resolve all issues, including Kashmir.

“I welcome PM Modi’s message to our people. As we celebrate Pakistan Day I believe it is time to begin a comprehensive dialogue with India to address & resolve all issues, esp the central issue of Kashmir, & forge a new relationship based on peace & prosperity for all our people,” Khan tweeted on Friday.

India has made it clear to Pakistan that cross-border terror attacks and talks cannot go hand in hand.

India last year called off a planned meeting of External Affairs Minister Sushma Swaraj and her Pakistani counterpart Shah Mahmood Qureshi on the sidelines of the annual session of the UN General Assembly in New York after blaming Pakistan-based entities for killing of three special police officers in Kashmir.

“Received msg from PM Modi: ‘I extend my greetings & best wishes to the people of Pakistan on the National Day of Pakistan. It is time that ppl of Sub-continent work together for a democratic, peaceful, progressive & prosperous region, in an atmosphere free of terror and violence’,” Khan said.

Modi’s message to Khan came in the midst of severe strain in ties between the two nuclear-armed neighbours following the Pulwama attack and the subsequent air strikes by India on a Jaish-e-Mohammed (JeM) terror camp in Pakistan’s Balakot.

Significantly, India Friday boycotted a reception at the Pakistan High Commission here to mark Pakistan’s National Day, objecting to invites extended to several separatist leaders from Jammu and Kashmir for the event.

The official sources in New Delhi said the prime minister sends a customary message on National Days to other heads of state and government and added that his message to Khan highlighted the importance of a terror-free South Asia.

Tensions between India and Pakistan escalated after a suicide bomber of Pakistan-based terror group JeM killed 40 CRPF personnel in Jammu and Kashmir’s Pulwama district in February 14.

India launched a counter-terror operation in Balakot. The next day, Pakistan Air Force retaliated and downed a MiG-21 in an aerial combat and captured its pilot, who was handed over to India on March 1.