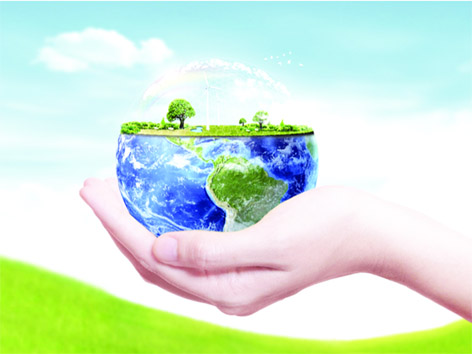 Prof B. L. Kaul
Mountains cover 24 percent of the Earth’s land surface, host 12 percent of its people and supply fresh water to almost half of the world’s population As sources of water, energy, and agriculture and forest products, and as centres of biological and cultural diversity, recreation, and tourism, mountains are important for at least half of the humanity. Despite their resource richness, mountains have become economically marginal lands where poverty is pervasive. The ruthless exploitation of natural resources in the name of economic development, often from downstream hinterlands have milked the mountainous regions of the world to such an extent that now these areas are environmentally vulnerable and pose potential danger zones in the wake of climate change.
Paleologic records indicate that global warming in the past has caused vegetation zones to shift to higher elevations, resulting in the loss of some species and ecosystems. Simulated scenarios for temperate-climate mountain sites suggest that continued warming could have similar consequences. Species and ecosystems with limited climatic ranges could disappear and, in most mountain regions, the extent and volume of glaciers and the extent of permafrost and seasonal snow cover will be reduced. Along with possible changes in precipitation this would affect soil stability and socio-economic activities such as agriculture, tourism, hydropower and logging. Resources for indigenous populations and recreational activities would also be disrupted.
Thus the climate changes along with the increasing population pressure shall continue to have wide-ranging impacts on mountain ecology, mountain people and on their economy apart from creating serious challenges to the economies of the plain areas which depends on the river water and energy. There is increased global attention, in last three decades to the climate change and its’ repercussions on mountain ecosystem, suggesting need for sustainable development policies.
The current situation of Himalayan ecosystem is very critical and challenging as shown by the recent Rishi Ganga- Dhauli Ganga flood fury and the Kedarnath tragedy in 2013 which claimed thousands of precious lives. These should serve as warnings of the severe threat to the very existence of the venerated Himalayas affecting lives of millions of people who live among its valleys crags and peaks.
Unchecked deforestation, faulty land use practices, settlement of burgeoning population on mountain slopes, unregulated construction of roads and encroachments of forest lands for the creation of arable lands have caused adverse geo-ecological impact. Often the problems and reasons thereof are intertwined, thus making the whole development issue very complex in Himalayan mountains. The socio-political leadership continues to steer the development fulfilling the economic aspirations of the people in the short term but leaves greater challenges of environmental and long term economic vulnerability of the region and other regions dependent on it.
The Gross Domestic Product and Per Capita income focused development plans have led to large scale industrialization of Himalayan region. Tax benefits, cheaper lands and investment friendly measures have been the main attractants as the type of industry being established are miles away from the core competence of the region. The cities like Parwanoo, Haridwar, Rudrapur, Jammu etc. have become home for manufacturing chemicals and consumer articles, which seldom enjoys any geographic advantage of resource nearness, but continues to add to the environmental and socio-economic problems.
Even the so-called industrialization in the mountain region has failed to create livelihood for mountain people as the very nature of these industries is different from the skill set. Instead, it has caused in-migration from plains adding more social challenges. The multipurpose dams created in the Himalayan regions, to protect the water and energy security of plains, have had huge environmental and socio-economic impact in the region. The benefits accrued to local mountain economy, from such large projects are yet to crystallize. As human wants are endless, the economic development keeps on marginalizing. Powerful though the Himalayas are, they are highly fragile and vulnerable to human interference and natural ecological threat thus calling for an urgent attention.
The economy influences the livelihood in both positive and negative way, or vice versa so far as its’ impact on environment and ecology is concerned. The economic development ushered in the mountain region although created many new livelihood opportunities, have moved the people away from their traditional livelihoods, thus creating far reaching socio-economic and environmental consequences.
The integrated approach of sustainable development in view of Climate change is possible by keeping the balance between sustainable economy and sustainable environment, by way of creating and sustaining sustainable livelihoods in the Himalayas. It shall secure a bright future for the region, its’ ecology and people in particular and for the humanity in general. It shall go on to create a sustainable mountain society in perfect unison with human spirit. 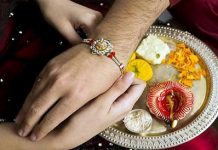 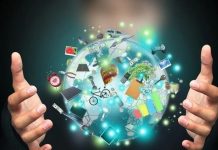 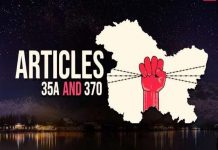