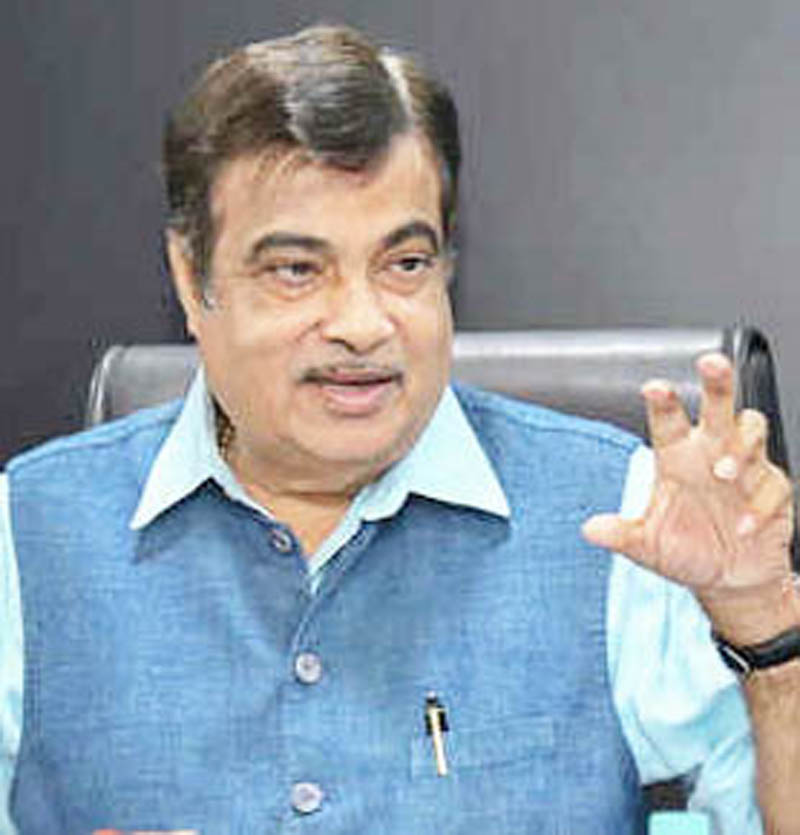 NEW DELHI, July 16: Union minister Nitin Gadkari Tuesday said people have to pay toll if they want good roads, making it clear that the toll system would stay as the government does not have enough funds.
Replying to a discussion on demands for grants for the Road Transport and Highways ministry in the Lok Sabha, he said the Government built 40,000 kilometres of highway in the last five years.
Amid concerns expressed by some members over collection of toll in different parts of the country, Gadkari said that money collected through toll from those areas which have capacity to pay are utilised for building roads in rural and hilly areas.
“Toll zindagi bar band nahi ho sakta… kam zyaada ho saktha hai. Toll ka jaanamdata mein hoon… (Toll system can never end though the rates may vary from time to time. Toll is my brain child,” Gadkari said.
“If you want good services, you have to pay for it. Government does not have money…,” he stressed.
Underlining that land acquisition is a major problem in road construction projects, Gadkari urged that state governments should come out with solutions and help find a way out, Gadkari said.
The minister said his ministry was not moving forward with the project without 80 per cent of land acquisition and this principle is being followed very strictly.
Gadkari said land acquisition process is very slow in West Bengal and Bihar.
Noting that more than 400 projects worth 3.85 lakh crore were closed when he assumed charge of the ministry in 2014, Gadkari said the Modi government saved NPAs worth 3 lakh crore during the past five years by beginning work on these projects.
“There were 403 projects pending when Narendra Modi came to power involving a cost of 3,85,000 crore. It is a great achievement of Indian government that we saved bankers of Rs 3 lakh crore of NPAs and now 90 per cent of projects are moving fast,” he said.
Gadkari also informed the House that the ministry is working on a new green expressway from New Delhi to Mumbai, which can be covered in 12 hours. It will pass through most backward and tribal areas of Rajasthan, Gujarat and Maharashtra and also save Rs 16,000 crore in land acquisition.
Gadkari referred to former US President John F Kennedy’s quote that “American roads are not good because America is rich, but America is rich because American roads are good” to emphasise on building good quality of highways and roads across the country to boost its economy.
Expressing pain over deaths caused by road accidents, he said his ministry had identified 786 black spots and added that poor engineering is one of the main reasons for them.
Responding to demands of several MPs, he said he will consider if school buses or state transport buses can be exempt from tolls.
The country has a shortage of over 25 lakh drivers and told MPs that he will open a driving training centre in each state.
Gadkari said his ministry is working to make Delhi pollution-free and added that pollution has come down by 32 per cent due to various efforts, including building peripheral roads to prevent trucks bound for other states from entering the national capital. All new vehicles from April 1, 2020 will comply with Euro 6 emission norms, he said.
Rejecting the charge from members of West Bengal and Tamil Nadu that their states are being over-looked, Gadkari said he makes no distinction between states.
He said land acquisition is the biggest hurdle in road projects in West Bengal.
Replying to clarifications sought by members on the Central Road Fund, Gadkari said he will talk to the Finance Minister about this and ensure that local MPs have a role in it.
The Central Road Fund (CRF) is a non-lapsable fund created under the Central Road Fund Act 2000. It is procured out of cess/tax imposed by the Union Government on consumption of petrol and diesel.
CRF should be used to develop and maintain National Highways, State roads (that have economic importance with inter-state connectivity), rural roads, railway under/over bridges etc, and national waterways (waterways from 2017 onwards only).
In response to a question by National Conference member Farooq Abdullah, Gadkari said his ministry has executed work worth Rs 7000 crore in Jammu and Kashmir in the last five years.
Replying to a question on production of lithium batteries, he said Toyota and Maruti have signed an agreement to work in this sector.
Gadkari said ISRO has been using lithium batteries in its satellites and he also had a meeting with them to check new technologies in this area.
In response to concerns raised by Adhir Ranjan Chowdury, Leader of Congress in Lok Sabha, over Chinese buying mines from where lithium ore is sourced in different countries, he Gadkari said, “We have to import and there is no doubt about it. We have lost the opportunity,” Gadkari said.
He, however, expressed confidence that in coming years there will be a technology to replace lithium. (PTI)
Gadkari said the government is coming up with a policy to encourage Indian entities to get into this sector. (PTI)