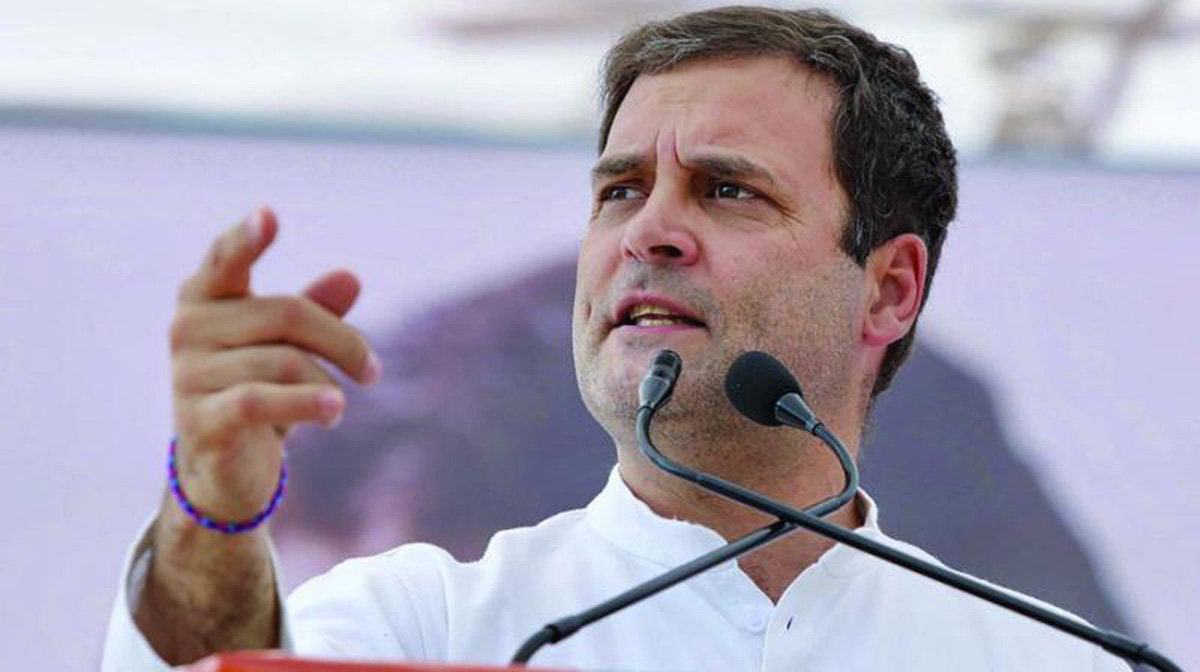 ALWAR (Raj), Dec 4: Congress chief Rahul Gandhi Tuesday targeted Prime Minister Narendra Modi over employment opportunities, farm loan waiver, Rafale deal and demonetisation.
He hit out at Modi over his promise of providing employment to 2 crore youths during the 2014 Lok Sabha elections.
“Narendra Modi in his election speeches in 2014 had said he would give jobs to 2 crore youths. If you gave employment, why did four youths commit suicide in Alwar?” Gandhi said at a rally in Alwar district’s Malakhera town.
Three friends died and another was injured after they allegedly jumped before a moving train in a suspected suicide pact in Alwar district last month. A primary probe revealed that they were depressed due to unemployment, police said.
The Congress leader said the prime minister says the slogan of ‘Bharat Mata ki Jai’ in all his addresses, but works for industrialist Anil Ambani.
“In every address, he (PM) says Bharat Mata Ki Jai and works for Anil Ambani. He should begin his address by saying ‘Anil Ambani ki Jai’, ‘Mehul Choksi ki Jai’, ‘Nirav Modi ki Jai’, ‘Lalit Modi ki Jai’,” he said in poll-bound Rajasthan.
Referring to the term ‘Bharat Mata’, Gandhi said Bharat Mata was the “entire country, farmers, sentiments of crores of youths, women and labourers”.
“If you talk about Bharat Mata, how can you forget about farmers?” he said, adding bad debt worth Rs 3.5 lakh crore was written off, but not a single rupee of farmers was waived off by the Modi government.
Exuding confidence of winning the upcoming state Assembly polls, the Gandhi scion said Congress will form the government and waive off farmers loan in ten days, and the chief minister will give 18 hours a day for providing employment to the youths.
Talking about Rafale deal, he said the prime minister would not speak about the matter because if he spoke, “someone from the public would say ‘Chowkidar chor hai'”.
Gandhi alleged the Modi government worked for top 15 industrialists of the country.
The BJP has denied all these allegations.
Rajasthan Congress state unit president Sachin Pilot, former chief minister Ashok Gehlot and party candidates from all assembly constituencies of Alwar and other leaders were present in the meeting.
The state will go to polls on December 7. (PTI)