E-Paper
Home Todays story If Indira given credit for 71 war, why not Modi for Balakote?... 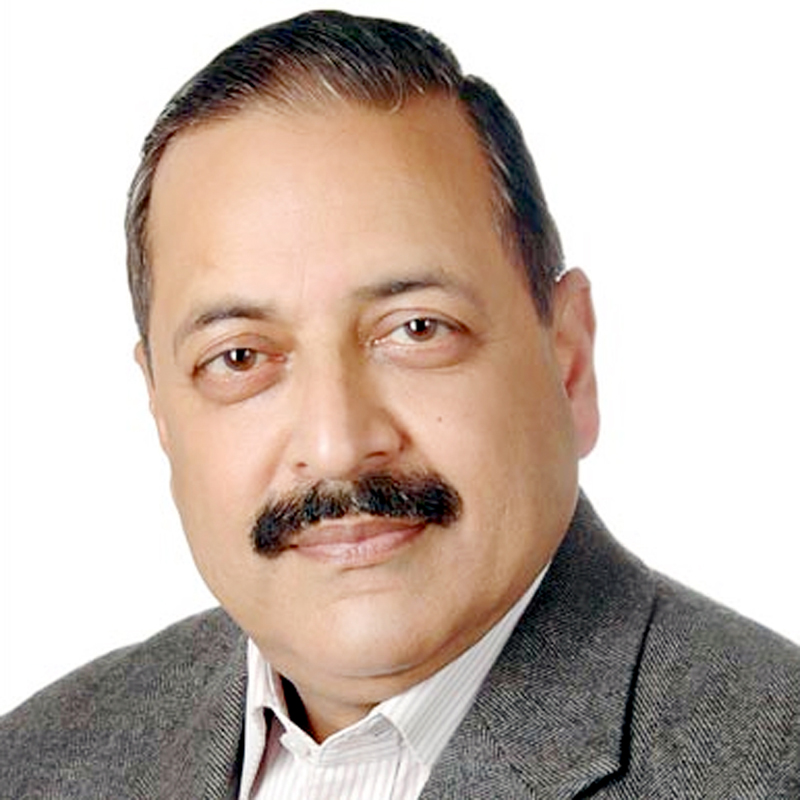 Avtar Bhat
JAMMU, May 17: Tearing apart the dubious standards of National Conference and Congress, Union Minister Dr Jitendra Singh today accused both parties of changing stand on Article 370 from time to time to suit their vested political interests. The Union Minister, who also gave full credit to Prime Minster, Narendra Modi for successful Balakote Operation said if then Prime Minister, Indira Gandhi can be given credit for the victory in 1971 war, why not Narendra Modi can be given similar credit for successful Balakote air strike?
In an exhaustive interview under exclusive slot  “Election Caravan” by CNBC,  Dr Jitendra Singh while terming the Article 370 a temporary provision of Indian Constitution accused the then president of NC Sheikh Abdullah for not remaining static on a single agenda but changing his stand often. He said sometimes Sheikh advocated plebiscite, another time he called for referendum and on some occasion she spoke about self determination.
He said both NC and Congress “misled” the people on this issue and changed their stance for political competitiveness and their vested interests.
He said after remaining in political wilderness for 22 long years, Sheikh Abdullah forgot every thing in 1975 in his greed for power. “The NC had never a fixed ideology. Sheikh Abdullah accepted all the provisions of Indian Constitution and the Central laws implemented in the State. Even he had no objection in bringing J&K under the Jurisdiction of Supreme Court of India and Election Commission of India (ECI)’’, he added.
But to exploit the sentiments of masses of Kashmir, NC continued to rake up the issue of Article 370 and Congress party whose Prime Ministers including Pt Jawahar Lal Nehru, Lal Bahadur Shastri and Gulzari Lal Nanda have termed it a temporary provision and favoured its abrogation later, also developed a vested interest for electoral gains in Valley and hence the party also favoured its retention and exploited the masses to score points over NC.
Dr Jitendra Singh alleged that Congress leader and former Prime Minister, Pt Jawaharlal Nehru who earlier in the Lok Sabha while pacifying the Jana Sangh founder president, Dr Shayama Prasad Mookherjee on record had said that it is a temporary provision and will go with the passage of time when Dr Mookherjee had objected the inclusion of Article 370 and demanded its abrogation.
He said even in 1963 when during a debate in Parliament in which all parties including Communists demanded its abrogation, Nehru did not object to it.
After the death of Nehru in 1964 when Lal Bahadur Shastri became PM and the issue came up for discussion in the Parliament again the then Home Minister, Gulzari Lal Nanda had also favoured that this Article should go. He asked members to give time to Government so that this Article is abrogated in most feasible manner.
Dr Jitendra Singh, while turning tables on the Congress Party and its allies for attacking the BJP and Prime Minister Narendra Modi during the entire campaigning of Lok Sabha elections accusing him of taking credit for successful air strikes against Pakistan at Balakote, said, in the 70 years history of independent India, whenever there was an armed conflict with a foreign power, the credit or discredit obviously went to the ruling dispensation and its head.
By the same logic, he recalled, Indira Gandhi’s greatest achievement as Prime Minister is still remembered to be the victory in the Indo-Pak war of 1971 which led to the liberation of Bangladesh and by the same logic, the blame for the Himalayan debacle in the Indo-China war of 1962 is even today primarily put on the then Prime Minister, Jawaharlal Nehru.
If 130 crore people of India are enthusiastically lauding Prime Minister, Narendra Modi for the successful Balakote air strikes which reinforced India’s confidence and prestige in the world arena, Dr Jitendra Singh asked, on which parameters can the Congress party and its allies dissuade the common masses from giving credit to Narendra Modi.
Recalling the then Bharatiya Jana Sangh’s stand during the 1971 war, Dr Jitendra Singh said, in spite of ideological and political differences, the Jana Sangh leadership had offered unconditional and absolute support to the then Prime Minister Indira Gandhi in the war against Pakistan, but, ironically today, the Congress leadership has been so miserably blinded by its lust for power that it has resorted to denigrating the incumbent Prime Minister of India, thus indirectly or directly echoing the interests of Islamabad. The Congress and Mahagathbandhan parties’ unconcealed dislike for Narendra Modi has gone to such limits that it has begun to manifest as dislike for Mother India itself, he said.
Dr Jitendra Singh gave full credit to Prime Minister Narendra Modi’s consistent focus and Amit Shah’s organizational home work for the upsurge of BJP in Northeast, which, he said, is going to show results on May 23.