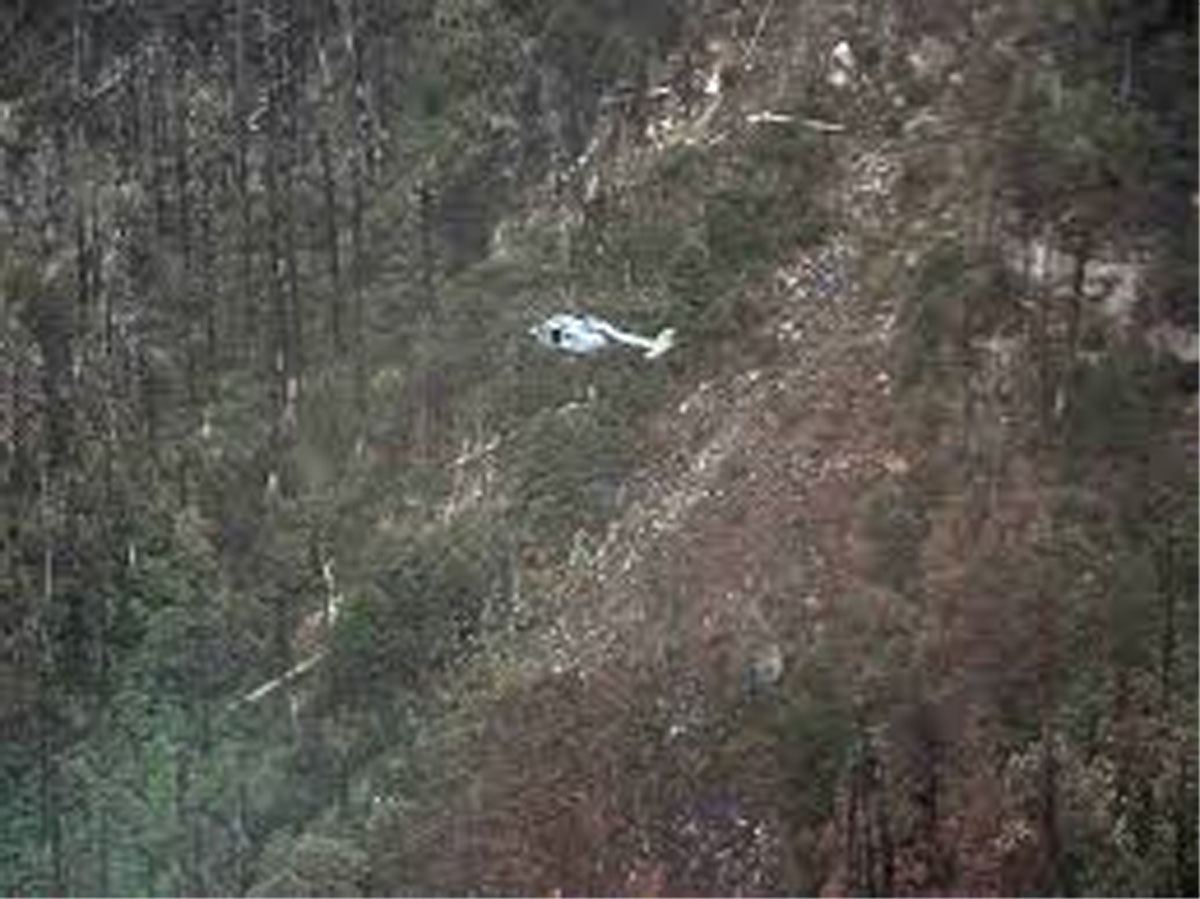 ITANAGAR, June 29: The Indian Air Force (IAF) is making all efforts to airlift the stranded 12-member rescue team from the site where the AN-32 aircraft crashed in Arunachal Pradesh, an IAF official said Saturday.
The team is stranded in the border area of Siang and Shi-Yomi districts for 17 days now at a height of 12,000 feet where its members were airdropped and retrieved the bodies of 13 people on board and the black box of the plane.
The team is waiting for the weather to improve so that they can be airlifted from the spot, he said.
The IAF has been trying to retrieve the mountaineering team from the crash site as soon as possible. Despite the ongoing active monsoon conditions, several sorties have been launched to reach the crash site, but excessive clouding has prevented helicopter landings there, Shillong-based IAF spokesman Wing Commander Ratnakar Singh said in a statement on Saturday.
The team has been reinforced with ration and other essential supplies and we are in constant communication with them through satellite phones, he said.
The IAF spokesman added that trekking down the hill is risky and dangerous considering the terrain and the area has been experiencing heavy rains in the last couple of days.
We are confident that we will be able to airlift them as soon as there is a slight reduction in rains and clouding, he added.
The rescuers were braving the hostile weather conditions and feeding on the ration commodities airdropped for them on the day they were taken to the crash site.
The Russian AN-32 aircraft went missing 33 minutes after taking off from Assam’s Jorhat on June 3. It was headed to Mechuka in Shi-Yomi district of Arunachal Pradesh.
The task of retrieving the 13 bodies from the crash site in the Pari mountain in Siang district of Arunachal Pradesh was completed on June 20. While six bodies were retrieved on June 19, the remaining seven were retrieved the next day, the IAF official said. (PTI)