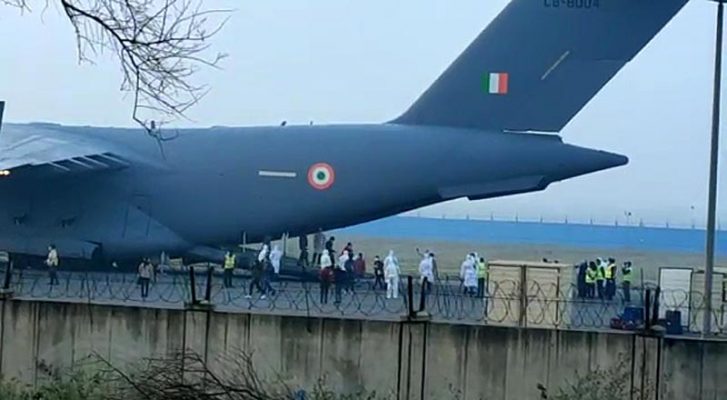 The IAF aircraft was sent to China on Wednesday to deliver 15 tonnes of medical assistance comprising masks, gloves and other emergency medical equipment to the people affected by the deadly virus.

Keeping in view Prime Minister Narendra Modi’s ”neighbourhood first policy”, the IAF aircraft, along with Indian nationals, also carried 36 foreign nationals, including from some of the neighboring countries who had sought assistance in traveling to India.

The foreign nationals included 23 nationals from Bangladesh, 6 from China, 2 each from Myanmar and Maldives and one each from South Africa, the US and Madagascar.

This is the third evacuation made by the Indian authorities since deadly virus struck China in December, last year. Two earlier flights were on January 31 and February 1. In all 723 Indian nationals and 43 Foreign nationals have been evacuated from Wuhan, China in these three flights.

The coronavirus, officially named COVID-19, was first detected in China in late December and has since spread to more than 25 other countries, prompting the World Health Organization to declare a global health emergency. The outbreak has already left over 78,497 people infected worldwide and resulted in nearly 2,700 deaths in mainland China.
(AGENCIES)