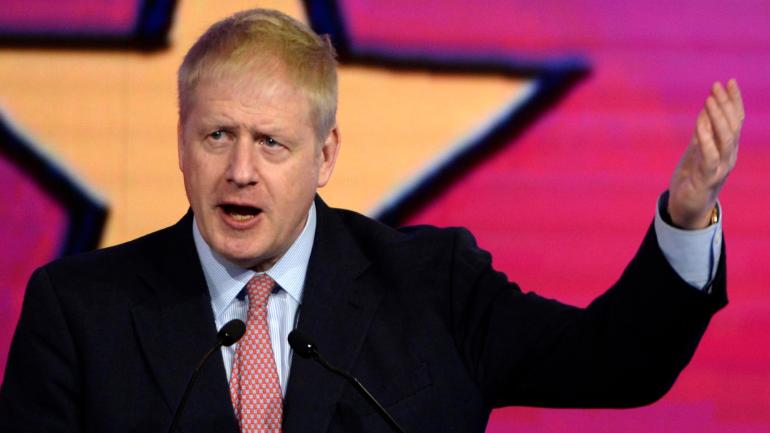 LONDON, Sept 3: British Prime Minister Boris Johnson has said he does not want a general election, in an attempt to warn off rebel MPs from his party backing the Opposition with plans to block Brexit with “another pointless delay”.

In a statement on the steps of Downing Street in London on Monday, Johnson said there are “no circumstances” under which he would accept a delay to Brexit, which is scheduled for October 31.

The unscheduled statement, which had sent speculation of a snap election into overdrive, came following an emergency meeting of the Cabinet amid plans by different sections of Parliament to block Britain’s exit from the European Union (EU) without an agreement in place by the October 31 deadline as they return from summer recess on Tuesday.

“I want everybody to know – there are no circumstances under which I will ask Brussels to delay. We are leaving on October 31, no ifs or buts. We will not accept any attempt to go back on our promises or scrub that referendum,” warned Johnson.

“Armed and fortified with that conviction I believe we will get a deal at that crucial summit in [mid] October. A deal that Parliament will certainly be able to scrutinise,” he said.

“And in the meantime let our negotiators get on with their work Without that sword of Damocles over their necks. And without an election, which I don’t want and you don’t want.”

Johnson’s latest ultimatum makes it clear to MPs on all sides of the House of Commons that he would not, under any circumstances, entertain the notion of another delay to Brexit.

Political pundits believe that in effect is a warning that he would rather let the government fold and go back to the electorate in a snap election that be willing to consider another delay to the Brexit deadline.

On a note of optimism, Johnson claimed the chances of reaching a new agreement with the EU had been “rising” because the UK was preparing to leave the EU “come what may” by the latest deadline.

Earlier on Monday evening, Labour MP Hilary Benn, one of the lawmakers leading the charge against Johnson’s Brexit plans, released the text of a bill which aims to prevent a no-deal Brexit on October 31, unless Parliament consents.

“The Bill has cross-party support from MPs who believe that the consequences of No Deal for the economy and the country would be highly damaging. No Deal is not in the national interest,” Benn said on Twitter.

A group of opposition and rebel Conservative lawmakers are expected to support the legislation this week. The law would would force Johnson to seek an extension to the Brexit process until January 2020 if he failed to agree a new deal with the EU at a summit scheduled for mid-October. (PTI)