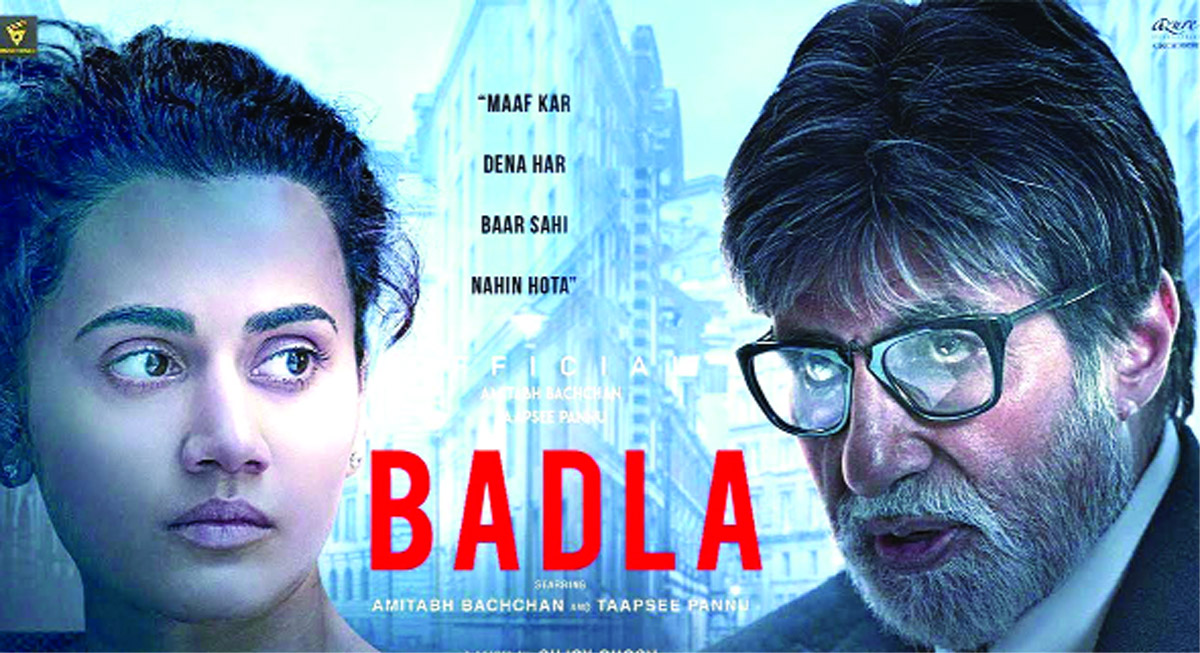 Sujoy Ghosh’s Badla is going to reunite actress Taapsee Pannu and acting legend Amitabh Bachchan, who had earlier wowed cine-goers as a pair with their lawyer-client relationship in 2016 Hindi film Pink. brings some of the excerpts of Pannu’s interaction with media in recent times
You have teamed up with Amitabh Bachchan for the second time in your career. How would you react to this?
I would tell fans that both of us have been cast with a particular purpose for this film after Pink. The purpose of the film is not to relive the lawyer-client relationship which was shown in Pink. The kind of characters we have portrayed in Badla are completely different from the ones in Pink. I think Sujoy (director Sujoy Ghosh) has a huge responsibility on his shoulder. In Badla, the character sketches are completely different except the lawyer-client terminology.
What kind of response did you get after the trailer launch?
I am getting responses that the film is very interesting and thrilling. One common thing I keep hearing is that, after a long time, a murder-thriller type of film is coming. One thing I would like to say that audience must not take a break in the middle of the film while watching. If they do, it would be impossible for them to understand the sequence of events.
You have acted in films like Pink, Mulk, Manmarziyaan in recent times. What kind of thought process you go through while choosing scripts?
I do films which are worthy of my time and money. I judge whether audience’s money and time will be worth it or not. There is no point in doing a film which is not worth to be watched at the theatre houses.
In Badla, your character’s life turns upside down. Did you ever felt such in life?
There are multiple occasions when I feel such. Every morning when I wake up, I read the messages and get stressed out thinking whether I had said something mistakenly or not. So I had experienced such things many times.
Did you get a chance to meet Shah Rukh Khan who is the producer of the film?
No. I met him after the shooting was over at his Diwali party. The way he introduced me was overwhelming. The manner of making one feel important is his trademark. I am waiting to hear from him whether he liked the film or not. (IBNS-TWF)