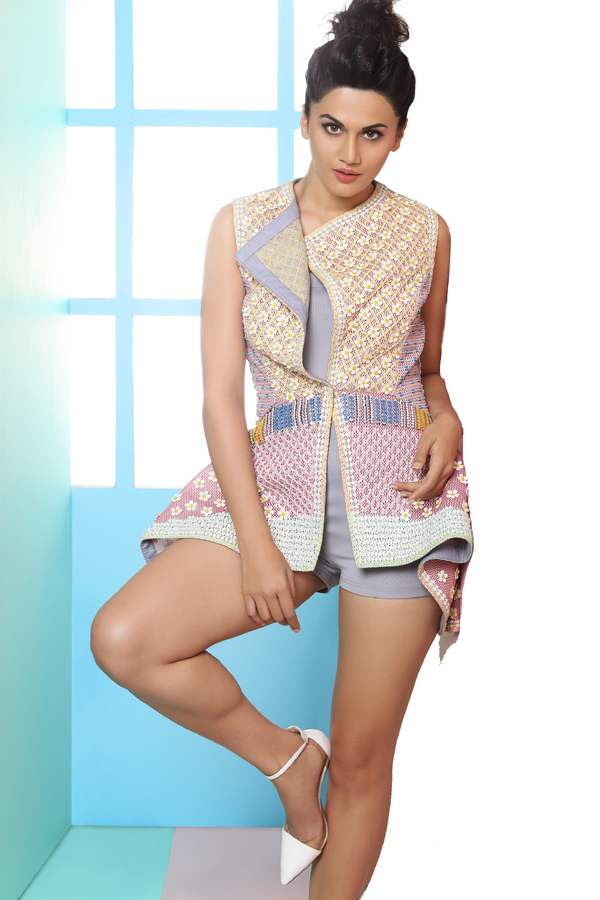 Two years after the release of Pink, actress Taapsee Pannu is returning to courtroom drama with Anubhav Sinha’s Mulk. Portraying a character in the name of Aarti Mohammed, Taapsee features in the film as a lawyer.
Tell me about the character you are playing in the film.
The character’s name is Aarti Mohammed. The character seems to be interesting to me by the name only. She is a Hindu girl who gets married to a Muslim man. The story revolves around how Aarti fights for her in-laws and stands with the truth. Aarti is a girl to whom the right and wrong matters than anything else.
Your both glamarous and de-glamarous looks are quite going well at the box office. How do you feel about it?
First of all, I take it as a huge compliment that my both sides are working. I would like to see it like that. I love to be glammed up also at times but I do not get the opportunity. I thank God that people have appreciated me in the glamarous look as well, otherwise, I would have been hailed as actress only for de-glammed looks. Thankfully, its not like that. Now in certain films which is based on issues or characters, it is obvious that I can’t put on makeups. It would be very weird if I enter the courtroom with makeups and all.
What things have you learnt from the film?
I got to learn that I can hold my ground a little bit in front of such good actors. Prior to that my situation was tough, then I realised that I can do that as well. I am taking a lot of experience from the film. Hopefully I got one feather in my cap which everyone wants to wear. It will be a sweet memory.
Do you think the communal tension in the country increased after the right-wing (Bharatiya Janata Party) government was formed in India in 2014?
The issue is not about government but beyond that. It is a matter between two individuals. Rest whatever I want to say or I feel, has been illustrated in the film. I said dialogues in the film from my heart, so you will get the answer fully after the release of the film.
Was your decision to do the film personal?
Yes. One of the reasons was personal because after moving to Mumbai, I am surrounded by people- managing my day-to-day work- who belong to this community (Muslim community) and this beautiful country is as much theirs as ours. If I start doubting on them, then something wrong is taking place in my life or I am in the biggest situation of risk which I don’t feel. I trust them and they are part of my lives. (IBNS-TWF)