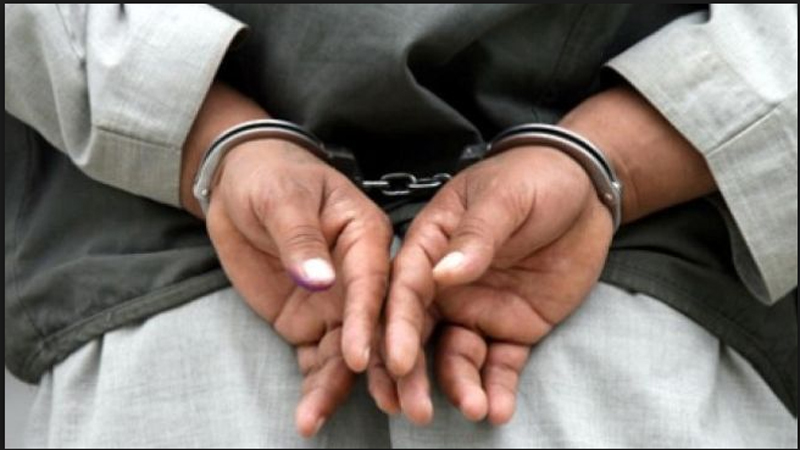 Excelsior Correspondent
Srinagar, Feb 3: Security forces today arrested a hybrid militant of The Resistance Front (TRF) and recovered arms and ammunition from his possession.
A police spokesman said that Bandipora Police and security forces came to know about the suspicious movement of TRF militants in Chandergeer Hajin area today.
“Accordingly a naka was placed by Bandipora Police along with 13 RR at Check-Chanderger Hajin. While conducting search of pedestrians and vehicles ,one suspected person tried to conceal his presence on seeing the Naka Party ,who was tactfully apprehended and on his personal search, one Chinese grenade was recovered and on his further disclosure one Chinese pistol, one pistol magazine, four pistol rounds and two Chinese hand grenades were also recovered. During preliminary questioning, he disclosed his identity as Shabir Ahmad Dar of Chandergeer Hajin”, police said.
“Being a Hybrid militant of TRF outfit, he was working on the directions of handlers across the border Lala Umar and Huzaifa. He was in touch with Abbas Sheikh, who was killed last year, an active militant and was assigned the task of reviving local militancy in Bandipora district , particularly in Hajin. Since there is no local active militant left in Hajin area after the elimination of LeT militant Saleem Parray”, police added.
Police said that he was working for LeT outfit on the directions of LeT operatives Bashir Puji, who is now in Jail, and Muzaffar Nata who was killed last year. The accused was arrested in 2017 for his involvement in subversive activities and close proximity with the LeT commanders in Hajin area at that time.
“While in Jail he was motivated by some LeT militants ,who were lodged with him to revive TRF by way of local recruitment once he is out of jail. Soon after he started subversive activities he was apprehended before he could do any further damage to peace and tranquility by way of motivating local youth to join militant ranks. In this connection, case FIR has been registered in police station Hajin and further investigation taken up”, police added.