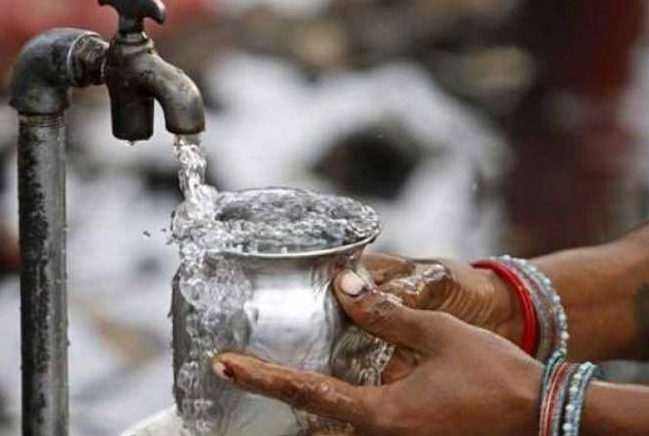 Irfan Mughal Munira Jan, a resident of Seri Khawaja village in border district of Poonch in Jammu and Kashmir, has spent 60 years of her life walking miles to fetch water. “I have always been on duty, like a soldier, to fetch water for my family,” said Munira who is now 70 years old, unable to walk and still without a water connection in her house. She wonders if her dream of having a water-pipe connection in her house will ever come true. Walking a long way to collect water is a daily reality in rural India. Be it the desert region of Rajasthan or the mighty mountainous areas of Jammu and Kashmir, walking miles for water is part of women’s daily routine. Since fetching water for domestic consumption has always been considered a ‘women’s job’, it is the village women who frequently struggle to ensure that their families have access to clean water. Like Munira, thousands of women of Seri Khawaja village in Haveli tehsil of Poonch are deprived of piped water connections. Every morning, right before the sunrise, they get in a queue to get water from the village’s only hand pump. This queue is there till evening and the process continues throughout the year. Without any option, the women of the village continue to follow this routine, affecting their physical as well as mental health. According to WaterAid India’s Fact Sheet 2019, approximately 84 percent of rural households in India do not have access to piped water. With limited water sources, it takes twice the effort, time, and energy to obtain just enough water for their daily chores. As far as the Union Territory of Jammu and Kashmir is concerned, as per October 2020 report, out of the 18.17 lakh households, 8.38 lakh households (46 per cent) have been provided with tap water connections.More than 50% households were still deprived of water connections. While expressing the plight of the villagers, Mohammad Basharat, a local resident said, “With only one hand pump, villagers struggle to conduct their daily tasks. For a very long time, people have been longing to get access to proper water connections. Having access to water pipeline in houses is still a privilege for us.” A population of about three thousand people spread across four wards is totally dependent on this hand pump. Aside from the hand pump, the Poonch river (also called the Siranriver) is the only other option left for the people in this village. Although the work of installing water lift was done recently, it did not benefit the people the way it was anticipated. “The lift was installed a few years ago but soon its operation was stopped. Even when the pipelines were laid in this area, only the influential people could benefit from it. However, we are hopeful of the new lift that is being installed which runs from Seri Khawaja via Bani Doba to Mohalla Luna. But, as of now, people still have no access to proper water connection,” said Muhammad Jameel, the Panch of Ward No.4. Rajendra Kumar, the Executive Engineer in Jal Shakti Department, while informing about the lift scheme said, “Now we only give tenders, and the contractors are responsible for laying the pipes. The contractors will look into the calculation of the pipes.” Further, he directed to the Assistant Executive Engineer when asked about the pipes laid for the old lift. “Water will be available to people of Seri Khawaja from the lift that is being installed now. As for the pipes which were laid for the old lift are still there,” informed Mohammad Hussain, the Assistant Executive Engineer of Jal Shakti Department. Although on ground, there is no sign of older pipes. The Assistant Executive confirmed that the new lift will be installed in Seri Chauhana village that will provide water to all the houses of Seri Khawaja as well. He also informed that a water tank has been constructed in Hariwala in the Udhampur district, through which water will be supplied to the people of Seri Khawaja via the lift. All this work is being done under Jal Jeevan Mission – a scheme by Union Government’s Jal Shakti Ministry envisioned to provide safe and adequate drinking water through individual household tap connections by 2024 to all households in rural India. Jammu and Kashmir is planning to achieve 100 per cent coverage of tap water connection to rural households by December 2022 under this mission. The villagers are now hopeful of the new lift being installed under this scheme as work has begun in all districts of this hilly Union Territory. Wishing for water problem to be solved, the villagers especially women in Seri Khawaja village await to reap benefit from the scheme after decades of queuing at the hand pump from morning to evening. Charkha Features