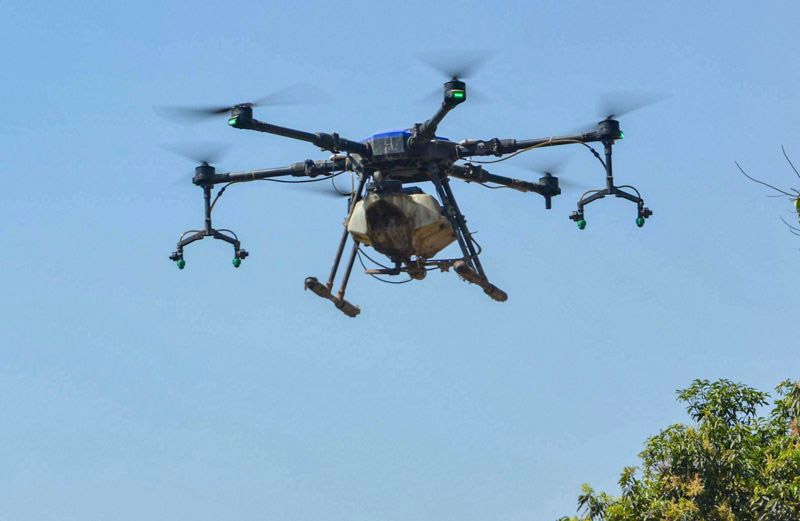 Sanjeev Pargal
JAMMU, Dec 3: The Union Home Ministry will hold high-level review of security situation and development works in Jammu and Kashmir with special reference to drone threats along the International Border with top Police and Intelligence officials of the Union Territory on December 6.
The meeting will be chaired by Union Home Secretary Ajay Kumar Bhalla, official sources told the Excelsior.
This will be the first senior level security review meeting on Jammu and Kashmir post Union Home Minister Amit Shah’s visit to the Union Territory in first week of October. However, last month, Lieutenant Governor Manoj Sinha had met Prime Minister Narendra Modi and Defence Minister Rajnath Singh in New Delhi and briefed them on security and development scenario of Jammu and Kashmir.
Chief Secretary Dr Arun Kumar Mehta, Director General of Police (DGP) Dilbag Singh and Intelligence chief Rashmi Ranjan Swain among others will attend the meeting from Jammu and Kashmir as UT Home Secretary RK Goyal is on leave.
Senior officials of the Union Home Ministry, Incharge Jammu and Kashmir will also join the meeting which is expected to last two hours, the sources said.
Some senior officials of the Central Armed Police Forces (CAPFs) from New Delhi could also join the meeting.
“All aspects of development scenario and security situation in Jammu and Kashmir will come up for review in the meeting,” the sources said.
While development works are apace in Jammu and Kashmir including those funded under the Centrally Sponsored Schemes and Prime Minister’s Development Package, focus of the meeting would be on security situation.
The Union Home Ministry, as per the sources, is concerned about rising challenge of smuggling of weapons, narcotics and currency through drones from Pakistan for the militants along the International Border in Jammu and Punjab.
“Drones are regularly being spotted in Punjab and many of them have been shot down. In Samba district of Jammu region, police had recently recovered a consignment of arms, explosives and cash which had been dropped through drone,” the sources said, adding that possibility of some consignments landing in hands of the militants is not ruled out.
It has been observed during past some time that drones sent from Pakistan neither blink nor have any sound which makes it difficult for people on ground to spot them during night hours.
The Government is likely to strengthen security on ground to ensure that consignments dropped by the drones and sent by Pakistan army, Rangers and militant commanders from across don’t land in the hands of Over Ground Workers (OGWs), who are largely being used for transporting the weaponry from one place to another.
“Some measures to tackle ever increasing drone threats are likely to be discussed and adopted in the meeting,” the sources said.
Apart from drone threats, the targeted killings of minorities and non-locals will also be reviewed though no such killing has been reported during past few days. The Central Government wants an end to targeted killings.
On anti-militancy operations, the sources said, they are progressing smoothly and a large number of militants including their commanders have been killed and arrested in the recent past and there has been no let up in the operations despite onset on harsh winter in the Valley.
“Operations against the militants will go on even during winters especially 40-day harsh Chillai-Kalan period in the Kashmir valley and they will be hunted down,” the sources said.
Only a day before, Lieutenant Governor Manoj Sinha had declared that anti-militancy operations will continue till last militant, their mentors and entire ecosystem is finished from the land of Jammu and Kashmir.
Ongoing development works in the Union Territory are also likely to come up for review during the meeting, the sources said, adding projects going on in J&K under various Centrally Sponsored Schemes and Prime Minister’s Development Plan will be reviewed.