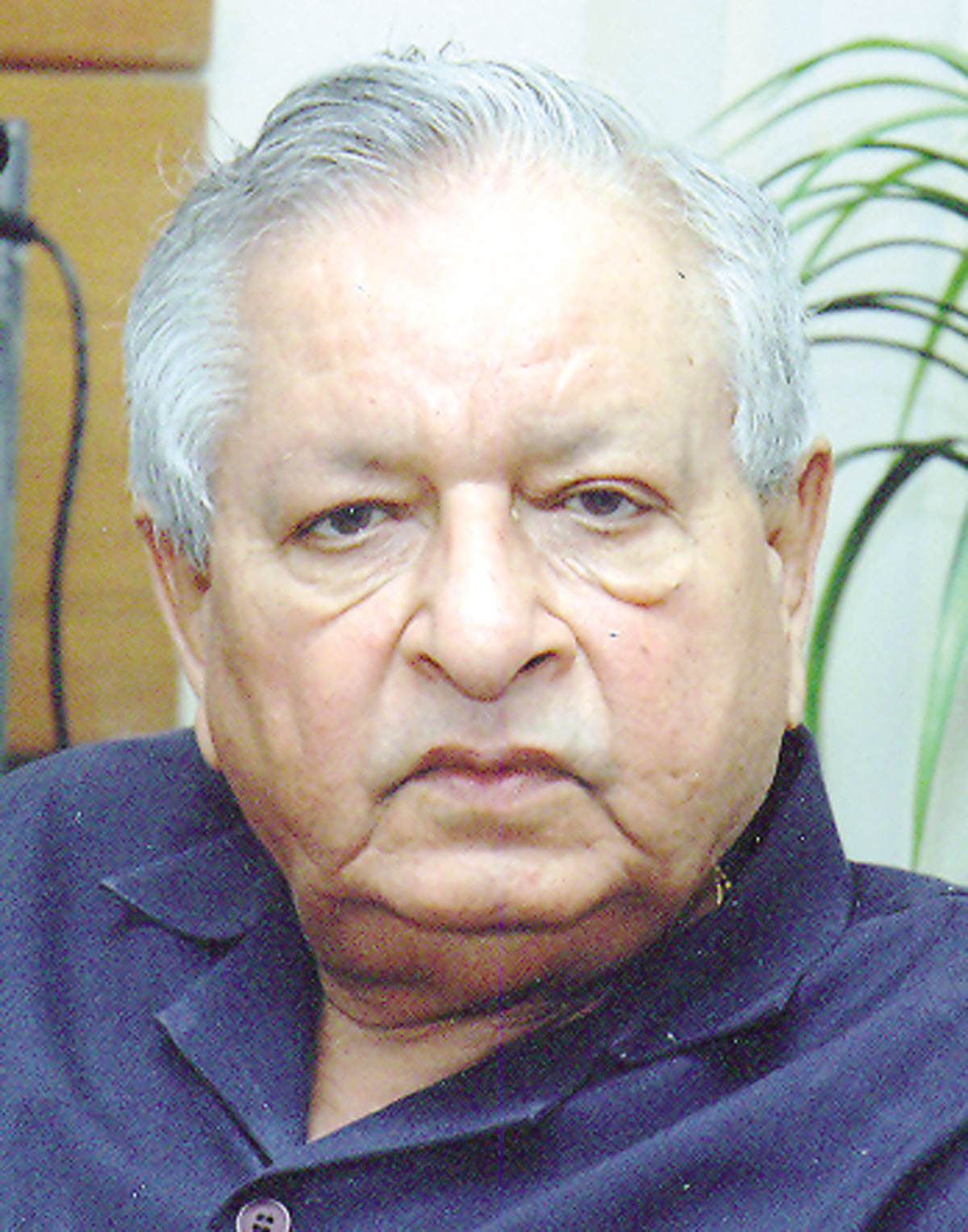 Today, July 5 is the solemn day of reminiscence, recalling and to dwelling upon the noble but enviable contribution towards journalism by our revered father S D Rohmetra, the founder editor of this paper. We today are paying our emotional and revered tributes to him on his seventh death anniversary. We, at the same time, increasingly feel his guidance as well as his uncompromising principles sprouting from the legacy left behind by him in shaping, moulding and building this paper, under trying and challenging circumstances starting from publication on weekly basis graduating to daily basis, and to reaching the present levels of standards, to the satisfaction and the taste of our esteemed readers. We, in fact, feel proud in saying that he spared no effort in pursuing journalism of excellence, fearlessness and impartiality and put in his best in carving out this paper meticulously on those foundations, taking care of each and every sphere of reporting, thus setting for us, benchmarks of professional efficiency enriched and chiselled with innovative objectivity.
Readers may kindly recall the period of transition and modulations of this paper as from the initial circulation confined to Jammu because of dependence on and patronage from limited constituents, it took giant strides towards qualifying for the whole state and beyond, conditioned by and as a result of rising graph of the readership response. Yes, it could be possible only on account of the undaunted efforts and matured leadership of S D Rohmetra, his pilot-age and pre-eminence of astute vision of reaching new milestones of excellence.
Journalism is an entity which must respond to new challenges, to be all eyes and ears to the dynamics of what happens around, not only on regional limited levels but broadly at the state, country and international levels too. That speaks for a blend of the happenings at a micro level in a locality in the city to encompass the entire state, the country and beyond, getting due coverage in our paper. Whether it is inconvenience faced by the people from an incomplete bridge to an abandoned flagship project, whether a violated and polluted lake or a school with poor infrastructure, violence and terrorism, sacrifices of our martyrs, instances of injustice or harassment of an innocent, instances of regional discrimination and the like, our voice is vivid not only in raising the issues through our columns but keeping proper follow-up and monitoring in such a way, that at regular intervals we raised the concerned issues till they were resolved. This all, perhaps, cannot be possible without a committed team of the members on our staff, the Excelsior family, most of whom incessantly keep reporting from dot places braving all difficulties and humps. That is the reason, this paper has excelled in creating a niche for itself and an enviable place as being the largest circulated English Daily of the state. Who else but the legacy left behind and the roadmap drawn by the doyen of journalism S D Rohmetra alone could let it all happen.
Our duty as responsible voice of the people is our commitment with a mission to expose rampant and blatant instances of corruption which keep on ravaging the system of state governance and administration. The weak and tenuous response of the Government apparatus, if any, towards firmly taking on this scourge too is subjected to severe criticism from us. Since the state is unfortunately continuing to reel under the noxious effects of a proxy war declared by our belligerent neighbour, most of the problems emanating there-from are adequately given space in the paper. Drugs abuse and its rising graph of addiction is the second most pernicious and devastating scourge after terrorism and we keep highlighting nuts and bolts about the menace. We provide due space to opinion makers, writers, professionals, literary figures and experts to share their considered views on varied topics of interest and importance thus a blend of criss-cross and variety of reading material is provided to our readers.
We hardly need to stress upon the importance and the prime place our valued readers have in our pursuit of making ‘Excelsior’ attaining further heights of excellence and to come up to their expectations and trust as it is on account of their suggestions, cooperation and encouragement that we have reached the present levels. They are, decidedly, the ultimate judges and appraising entities of the richness of the contents, how we raised issues of public interest, drawing attention of the law- makers towards problems and urgent issues confronting the people, all in our paper day in and day out. While we are paying our overflowing and rich tributes to S D Rohmetra, we are at the same time reiterating our indebtedness to our valued patrons and esteemed readers.
-Kamal and Neeraj