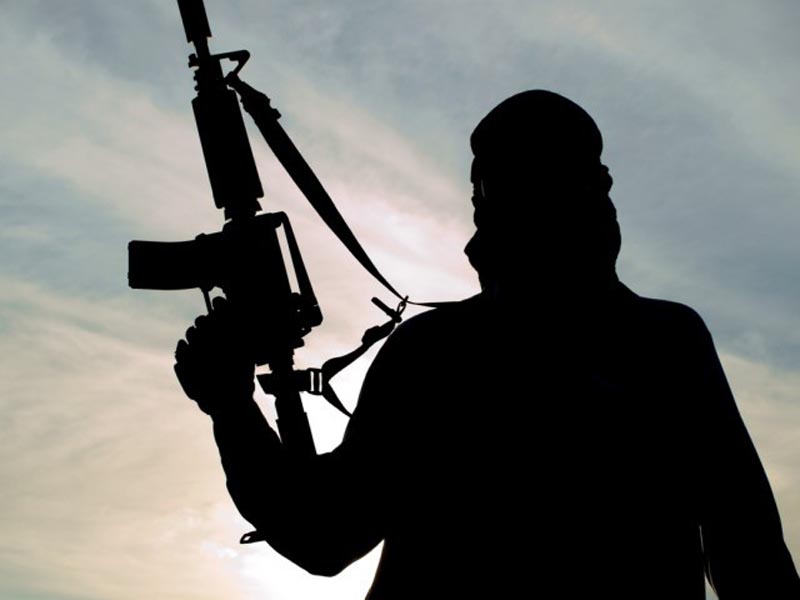 KANPUR (UP), Sept 14: Uttar Pradesh Anti Terrorist Squad (ATS) has launched a massive Manhunt to nab two suspected accomplices of Hizbul-Mujahideen (HM) operative Qamar-uz-Zaman, who was arrested from here, official sources said today.
“Preliminary investigation confirmed that two persons were frequent visitors to Zaman’s rented place and stayed with him,” Senior Superintendent of Police (ATS) Jogendra Kumar said.
One of them had allegedly played a key role in striking a deal with the landlord, Ujiyari Lal Yadav, a former Corporator from Shiv Nagar ward from where Zaman was arrested on Thursday, Kumar added.
Zaman, a BA drop-out hailing from Jamunamukh in Hojai district of Assam, had come in contact with a person named Osama in the initial months of 2017 and joined Kashmir-based militant organisation HM, Kumar said.
He went on to get training in the forests and hills near Kishtwar, Kumar said, adding Zaman then adopted the name Dr Huraira.
After being imparted training, Zaman was sent to Uttar Pradesh to carry out blast during a festival, Kumar said.
Kumar said that the arrested HM operative had first surfaced in April this year after a photo of him flaunting an AK-47 rifle with his code name was posted on social media and widely shared.
During questioning, the SSP claimed, Zaman confessed to have taken help of a local youth in hiring rented accommodation very close to GSVM airport formerly known as Chakeri airport which functions as part of the IAF base in Chakeri
The agency is trying to find out the duration of Zaman’s stay in UP, details of his aides, source of funding and specific targets in the city, Kumar asserted.
Ujiyari Lal Yadav said that about two months back a couple of men carrying bags on their shoulders had visited his house and asked about the rented accommodation, while he was standing outside his house.
“They had said that they were from Lucknow and worked for a mobile company as tower engineers and their responsibility included maintenance of cell towers,” Yadav said.
Yadav said he had given them a hall on the first floor on rent for Rs 3,400 per month.
They paid one month advance and promised to give the identity related documents later. However, they never provided the documents even though he asked them thrice, Yadav said.
“They promised every time to bring the documents whenever they visited Lucknow, but they didn’t,” he said.
During the probe, the ATS found that the three men had moved in together and they used to come there especially during night hours. (PTI)