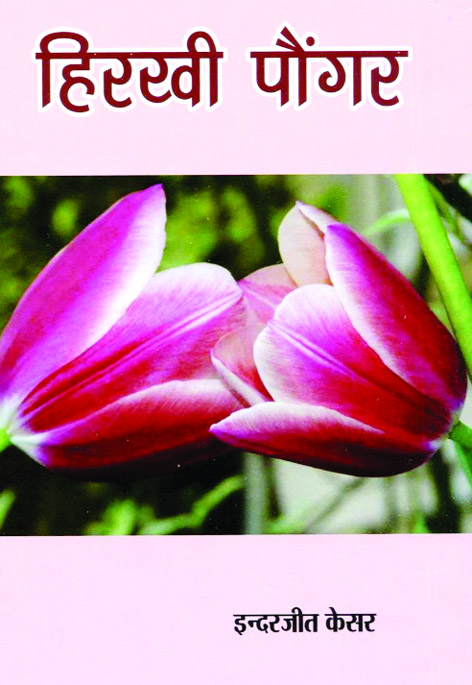 Rajeshwar Singh ‘Raju’
It seems that the inhabitants of Duggar Pradesh are much concerned about the future of their mother tongue ‘Dogri’ and are often found expressing their apprehension that the language demands regular contribution by the writers. What I wish to say here is that they should not be worried for the literature as the books are getting published in quite a good number, but what matters is the readership. Efforts should be made to inspire the Dogras to read their own literature which doesn’t lag behind in any dimension if compared even with World Literature. At the same time it needs to be realized that it takes a lot of effort and finance also to write and publish even a single book even. But Dogri language has the privilege of having such enthusiastic and committed writers who have been enriching Dogri Literature on regular basis with noteworthy literature. One of those devotees is Inderjeet Kesar.
About Author
Inderjeet Kesar is an eminent writer who has proved his worth as a novelist, Lyric writer, essayist and a poet. Till date he has 20 books to his credit that comprise of 12 collections of poetry, 6 novels, one collection of bhents and one collection of essays. He was awarded prestigious Sahitya Academy Award for Dogri Novel _’Bhageerath’ in 2017. He is a regular participant as a poet at All India Radio, Doordarshan Kendra and literary programs organized by J & K Academy of Art, Culture & Languages and other organizations. Recently his 21st book was released in a simple but impressive function organized by Dogri Sanstha , Jammu at K. L. Sehgal Hall, JKAACL Jammu. Kesar has been a thorough gentleman, a non-controversial one who believes in work rather than advertising his works. The journey that started with ” Phull Khide Re”_ a collection of poetry published in 1998 did not halt at all. Amazingly he has been contributing a book every year for the last so many years now which tells a lot about his passion for mother tongue.
About Book
‘Hirkhi Poungar’ is the 13th book on poetry written by Inderjeet Kesar. The book contains 80 poems and 5 songs that tell about the potential of the celebrated poet. With this valuable addition, Dogri lovers have been provided with another opportunity by Kesar to enjoy his poetry that covers different aspects of life, relations and values. Each poem has distinct content and the simple language used makes it a perfect collection for those ones who love mother tongue. The writer himself says that whatever he has experienced in his life has reflected in his poetry. But the experiences happen in each one’s life but only a talented human being can access the soul behind the incidents taking place at different phases of life and knows the art of compiling those experiences with the innovative usage of words that transforms the creator into a poet which is not so easy. That’s why it’s said that Poets are born and not made. Kesar is a born poet.
The preface of the book is written by prolific writer Darshan Darshi, convener Dogri Advisory Board at Sahitya Academy New Delhi. He appropriately advocates by references from a foreign author that Poetry is the Cinderella of literature. It seems that Kesar has been in love with that Cinderella. He has very skillfully and artistically converted his eternal love for her in the form of such words that attract every reader. The way he has been on a mission of giving more and more books to Dogri Literature confirms that even Cinderella has special affection for the poet. Amazingly their love is captivating the readers.
The cover page justifies the title and cost of the book is bearable.
At last, I will like to add that with every book Kesar is adding another feather to his cap as well as inspiring Dogras to read and write Dogri. The mother tongue is honored to have devotees like him who are always inclined to work more and more to quench their thirst for class literature.
Let us wait and watch for his next work amidst speculations with fingers crossed that whether it will be a novel, collection of essays or again Cinderella will be kind enough to force him on another romantic and thought provoking journey.