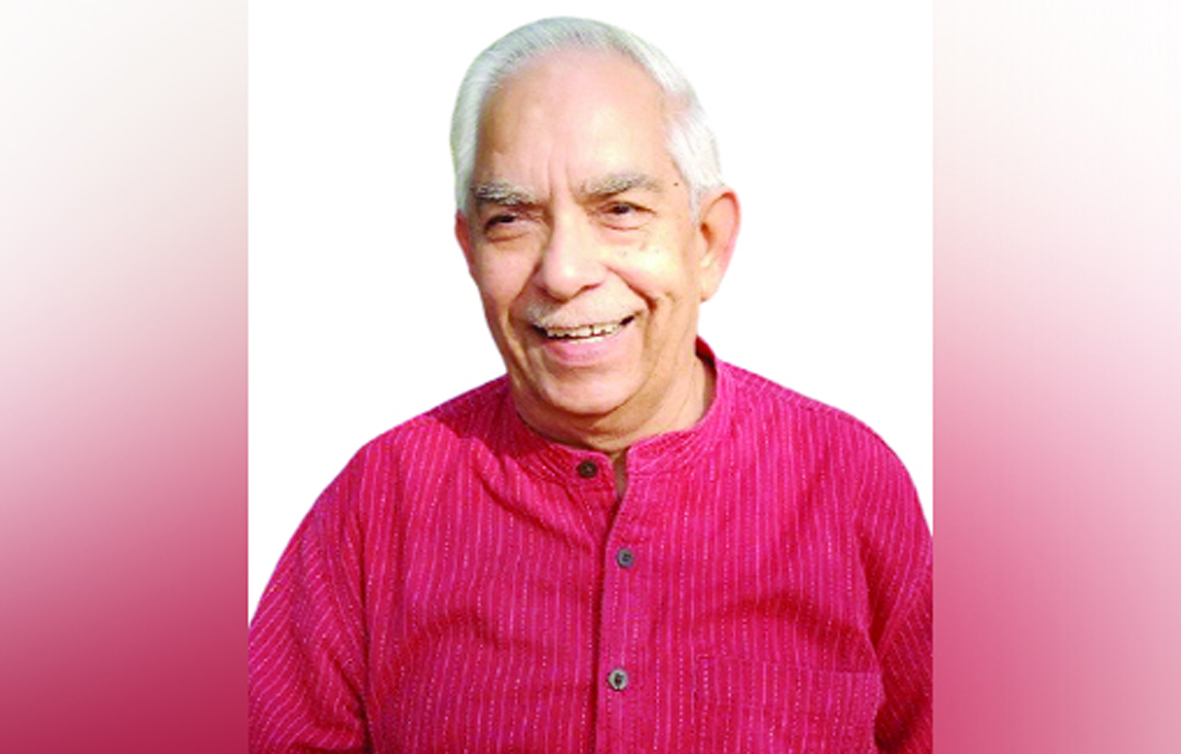 Lalit Gupta
When unexpected deaths are becoming a simple fact of life in these Pandemic times, Ramesh Mehta’s departure has certainly shaken many in Jammu and Kashmir as well as the other parts of the country.
A votary of Hindi, an intellectual and visionary poet Ramesh Mehta had for more than four decades galvanized the Hindi literary scene of Jammu. He will be long remembered for his indelible contributions to the cultural life of Jammu and Kashmir.
For a Jammuite, Ramesh Mehta’s transformation as an illustrious Hindi poet, critic, and later as Editor and Head of the J&K Academy of Art, Culture and Languages was a phenomenal personal journey.
Born to the middle-class family of Ramdei and Brahmdutt Mehta in 1947, Ramesh Mehta’s childhood was spent with four brothers and one sister. While no one else in the family had anything to do with literature, he showed a keen interest in literature from an early age. His father had opened a shop for him where people usually found him reading. It was on the insistence of his elder brother Vijay Shankar Mehta who was a pilot in the Air Force that he resumed his studies. He displayed leadership qualities along with performing in various cultural activities in college. He was the college captain for M.A.M. College, Jammu.
Encouraged by the publication of his poems in college and other literary magazines, he was drawn to the literary personalities of Jammu. Soon he became an active member of a literary organization. Later, he along with others founded the Yuva Hindi Lekhak Sangh (YUHILE) and furthered the cause of the promotion of Hindi by teaching for a while the ‘Prabhakar’ students.
He did his M.A. in Hindi from Jammu University. While he was pursuing his PhD, he applied for the post of editor of Shiraza Hindi, at the Academy of Art, Culture and Languages (JKAACL). Dr O.P. Gupt and other associates from YUHILE helped him to prepare for his interview; he was selected and appointed as Editor Hindi in 1973.
During the period of his Editorship till 1989, Academy’s Hindi ‘Shiraza’, notwithstanding its dreary getup was catapulted as a literary periodical of national significance. He was able to achieve this fabulous stature for this hitherto less known Sarkari magazine due to experiences by travelling across the country for various Hindi camps which expanded his horizon and his circle of literary friends.
In its more than 60 years of biography of Shiraza Hindi, the editorship of Ramesh Mehta can be called the golden period during which collectable issues were brought out, the example of which is still cited even today.
He enjoyed the blessings of the janakavi Baba Nagarjun and Sachchidananda Hirananda Vatsyayan. Some writers and poets whom he befriended in such literary camps stayed in touch with him till his last days. Some of these names are Suresh Dhingra, Amar Thakur, Prem Janmejay.
Meetings with Sachchidananda Hirananda Vatsyayan, popularly known for his non-de plume Agyeya, left a great impression on Ramesh Mehta. After the death of Agey; modern India’s revolutionary writer, poet, novelist, literary critic, journalist and translator, Ramesh Mehta with a few like-minded local Hindi writers and enthusiasts such as Chanchal Dogra, Maharaj Krishan Santoshi, Anil Azad and others formed a group ‘Shaswati’ for the sole purpose of holding the ‘Agey Vyakhan Mala’ series in Jammu. Organized regularly for eight years, eminent personalities who graced the Agey Vyakhan Mala included Hindi writers like Rajendra Jadhav, Maitreyi Pushpa, Nirmal Verma, Ram Gopal Bajaj, Prayag Shukla, Ashok Bajpayee, Leela Dhar Mandloi and Prem Janmejey.
It was on the Ramesh Mehta’s recommendation that the prestigious national level writer’s camp organized by Agey was held at Mansar and which gave an opportunity to many local Hindi writers to interact with leading contemporaries of the country.
Ramesh Mehta was promoted in 1988/1989 as Deputy Secretary and a decade later as Additional Secretary and he played a significant role in shaping the policies of the Academy.
He headed JKAACL as Secretary from 2003. Till the year of superannuation in 2006, Ramesh Mehta enjoying a kind of carte blanche used his administrative and managerial skills to streamline Academy’s working, policies and to enrich the cultural lives of J&K citizens by successfully organizing memorable celebrations, classical and folk music concerts, performances, conferences, art exhibitions and theatre festivals.
In the last leg of his career as a poet/writer/administrator, he surprised everyone when he added another feather to his creative self. His offhand doodling caught the fancy of his colleagues in the Srinagar Academy office in the year 2001. Encouraged by the positive response of professional artists from IMFA, he took to painting on regular basis. Enamoured by the chromatic thrill and aesthetics of the world of images, he, later on, held one-person shows of his semi-abstract paintings in Jammu and outside.
Ramesh Mehta’s poems are about resistance, woven around the common man’s woes and concern for the environment. His literary contributions included an anthology of poetry ‘Khule Kamre Band Dwar’ and ‘Tinka Tinka Ghonsala’ which was awarded by Hindi Nideshalaya, New Delhi, and J&K Cultural Academy. He, for his outstanding contributions in the field of literature was awarded ‘Lifetime Achievement Award’ by the Authors Guild of India in the year 1984.
Never a people-pleaser, he abhorred sycophants. But was quick to recognize and encourage talent wherever he saw it. Honoured as ‘Lokpala’ by Hindi daily Dainik Jagran, Ramesh Mehta was a sought after public intellectual, who with a baritone voice would draw immediate attention. He acted as advisor to a number of literary organizations including Sanskriti Manch Jammu. (ENDS)
Ramesh Mehta is survived by his wife Brijmohini and two children Pavitra and Mukul. A fitting tribute to such an acclaimed poet, writer, and diehard votary of Hindi would be to organize annual lecture series in his memory by Universities in Jammu. It is also expected that J&K Cultural Academy brings out anthologies of his selected works in a different genre.