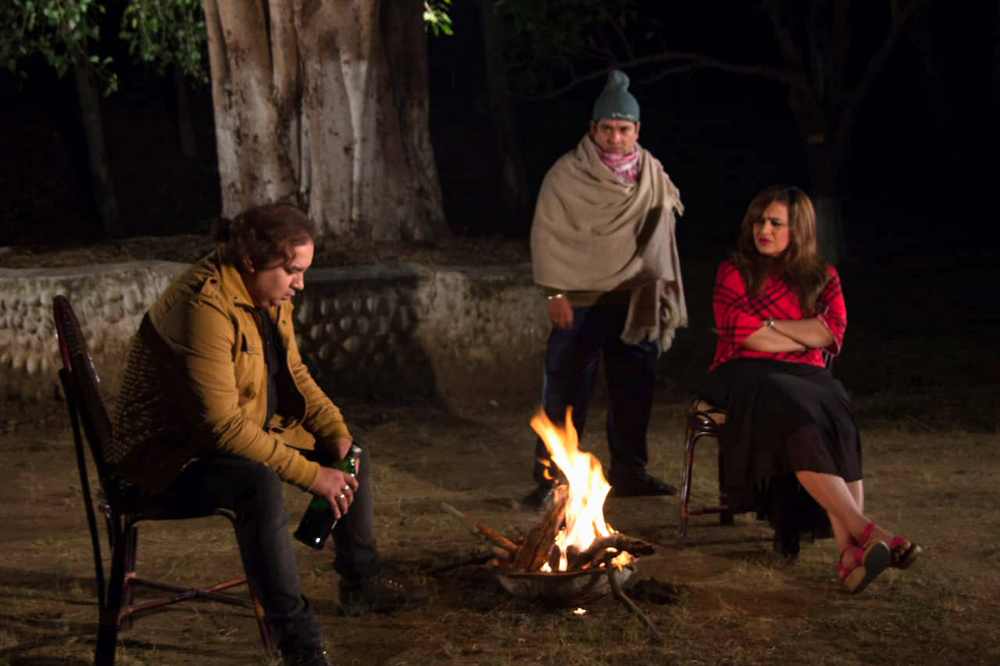 Excelsior Correspondent
SRINAGAR, June 23: ‘Dalaal’, a short film made by Jammu artists in Hindi language, will be screened on June 25 in the 3rd edition of ongoing Kashmir World Short Film Festival at Tagore Hall, Srinagar.
Forty-five films from different countries like USA, Iran, Korea, Poland, Turkey, Japan, Nepal, Italy in different languages like English, Hindi, Italian, Persian, Kashmiri, Korean, Assamese, Punjabi, Nepali, Turkish, Marathi, Japanese, Malyalam and Sindhi are to be screened during the festival over a period of seven days.
The film ‘Dalaal’ written by well known journalist and writer Rajeshwar Singh ‘Raju’ has bold content about the emotions of a pimp, who supplies girls to influential people of the society and falls in love with a prostitute. It depicts the emotions and helplessness of the pimp.
The film is produced and directed by Parveen Sharma under the banner Manav Productions and the key roles have been played by eminent local artists Pankaj Khajuria, Sapna Soni, Madan Rageela, Mohan Singh and Rajeshwar Singh Raju. The music is by Surinder Singh Manhas, Cinematography by Sanjay Kumar and sound is managed by Pawan Kuma.
Parveen Sharma has expressed his excitement on getting exposure at such a big platform where so many creative works from different corners of country as well as abroad are to be screened. He hoped that these platforms will inspire the artists to do at their own when Doordarshan Kendras being responsible for luring the artist community with regular work in the past have almost shut down.