Sanjeev Pargal
JAMMU, Sept 14: A high-level National Investigating Team (NIA) team today reached here from New Delhi to takeover investigations of Jhajjar Kotli terror attack case and visited the site of encounter with militants at Kakryal in Katra and infiltration route used by the militants between Samba and Hiranagar sectors while atleast four Over Ground Workers (OGWs) have deserted their houses in Pulwama district of South Kashmir after the arrest of truck driver and his associate, who were transporting the slain ultras to Kashmir from here.
Sources told the Excelsior that IGP NIA Mukesh Singh, DIG NIA Ashish Choudhary and other senior officers reached here from New Delhi and joined investigations of the terror attack along with local NIA team and Jammu Police officers by visiting the infiltration route taken by the militants and sight of attacks at Jhajjar Kotli and Kakryal.
“The NIA team will be handed over investigations of two separate First Information Reports (FIRs) registered at Jhajjar Kotli and Katra police stations in Jammu and Reasi districts respectively,” sources said, adding that the NIA has also taken in its possession all three bodies of slain militants and recoveries made from the encounter site.
The joint team of NIA and Jammu Police officials including Singh, Choudhary, DIG Jammu Bhim Sen Tooty, SSP Jammu Vivek Gupta, SP Rural Dushyant Sharma and DySP NIA Purshotam Mengi during inspection of the encounter site recovered two more Improvised Explosive Devices (IEDs) and four grenades from the spot.
Meanwhile, Inspector General of BSF, Jammu Frontiers, Ram Awatar told the Excelsior today that there were no tell tale signs of infiltration on the International Border.
“We have inspected the International Border after the terror attack and reports that the militants had infiltrated from the International Border. However, there were no signs of infiltration from the border. The fencing was also intact,” Awatar said, adding that border fencing was being modernized and pilot projects of smart fencing will be inaugurated by Union Home Minister Rajnath Singh on September 17 at BSF Paloura Headquarters.
According to sources, two arrested activists of Jaish-e-Mohammed (JeM) outfit identified as BSc Nursing student Mohammad Iqbal of Pakharpora, Budgam and Riaz Ahmad of Hajin, Pulwama, have disclosed identity of four Over Ground Workers (OGWs) of Jaish-e-Mohammad, based in Pulwama district of South Kashmir, who had been helping militants. However, all of them have gone underground after the arrest of Iqbal and Riaz.
“Not only Riaz and Iqbal but there were couple of other OGWs, who had transported some of the militants from Jammu to Kashmir after their infiltration,” sources said, adding that the NIA would investigate as to how the militants were managing infiltration and reaching Kashmir valley unchecked.
Meanwhile, the Government is once again likely to approach Pakistan for taking possession of the bodies of their three nationals, who were killed at Kakryal in Katra area of Reasi district yesterday, as it has been established beyond any doubt that they were Pakistanis.
The previous such requests of the Indian Government through diplomatic hadn’t been accepted by Pakistan, sources said.
Sources said it has been established that the militants and their two Over Ground Workers (OGWs) didn’t get any kind of help in Jammu.
“The OGWs came in the truck, spent nights in the truck and were taking the militants to Kashmir without any halt anywhere other than the vehicle,” sources said, adding that the militants were in touch with their Pakistan handlers till infiltration but lost the touch with them thereafter.
The arrested OGWs were dealing with their handlers in South Kashmir through WhatsApp, sources said, adding that two mobile telephones recovered from the possession of Iqbal and Riaz were being de-coded to get data and details of their conversation with the militants. 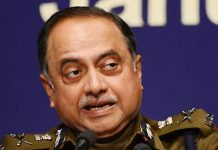