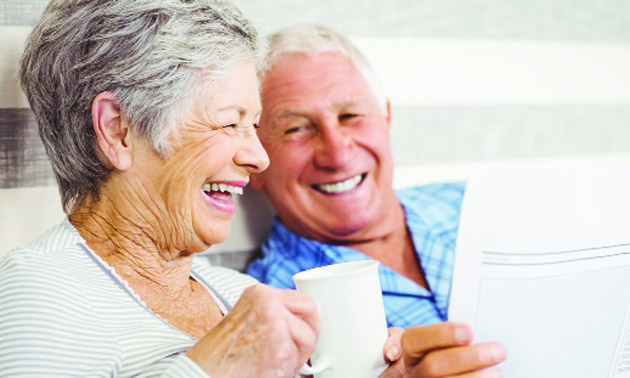 B M Kohli
Always be aware that when God has given you birth and you are waiting for the end and ageing is a natural process, which presents a unique challenge to all sections of the society and applies to all material things . Although the exact definition of elderly age in humans is controversial, it is defined as persons with a chronological age of 65 years and above. With gradual improvement in health-care delivery services, life expectancy has increased and thus the percentage of the elderly population. It has been roughly estimated that the number of people aged 60 and over will increase to 1.2 billion in 2025 and subsequently to two billion in 2050.Further, by the year 2025, almost 75% of this elderly population will be living in developing nations, which already have an overburdened health-care delivery system. Ageing is a battle that humans know that they can’t win it since the beginning of history. We can hate it or (eventually) accept it but ultimately we can’t avoid growing old. However, over the years scientists have been trying to pinpoint the roots of this biological process and work out if there is any way to stop or reverse it . There have been some minor success along the way to slow the ageing process and new studies add to these researches very often.
The researchers were able to reverse the ageing process of some old human cells by delivering a specific molecule to their mitochondria ( the structures within cells where energy is produced). This approach may stop the cells from becoming senescent, a point at which they can no longer duplicate as you know that reproduction of cells in human body is a constant process and are reproduced in millions in our body. Some researchers also believe that the accumulation of these cells in organs is key to the aging process.
People often wonder whether what they are experiencing as they age, is normal or abnormal. Although people age somewhat differently, some changes result from internal processes, that is, from aging itself. Thus, such changes, although undesired, are considered normal and are sometimes so called pure ageing. These changes occur in everyone who lives long enough, and that universality is part of the definition of pure ageing. These are to be expected and are generally unavoidable. For example, as people age, the lens of the eye thickens, stiffens, and becomes unable to focus on close objects, such as reading materials (a disorder called presbyopia). This change occurs in virtually all older people. Thus, presbyopia is considered normal aging. Other terms used to describe these changes are usual aging and senescence.
Similarly bones also become weak and become unable to bear the load of your body even if your body growth is not effected by some accident or usual diseases like diabetes etc which are mostly associated with food adulteration caused in the present society set up. The other factors for process of ageing is to make sure that amid all the responsibilities, expectations, and life goals, you put aside time for your hobbies, exercise and passions. They are the true building blocks for “you,” and giving their dues will make you more well-rounded and happy. Also doing what you love is good for you which in turn give you happiness. The National Institute on ageing, maintains that engaging in your hobbies reduces your risk of developing a number of health problems as you get older, including dementia and depression. The truth is that happiness is not always circumstantial and for that purpose you have to make it happen and make efforts to create atmosphere to look if it is a boon coming to you naturally, may be you have to pretend some time. So, next time you’re talking to someone , grin with your whole face and inspire a funny or good-natured chit-chat. And if you live with social anxiety, everyday conversations are no picnic. But opening up conversations with people you love is just as nourishing. They allow you to gain the good feelings and give vent to the stresses and pressures you feel and make happiness a state of mind.
These demographic transitions essentially require to be preventive health-care and medical needs of the elderly population to enjoy the life in this grownup stage.