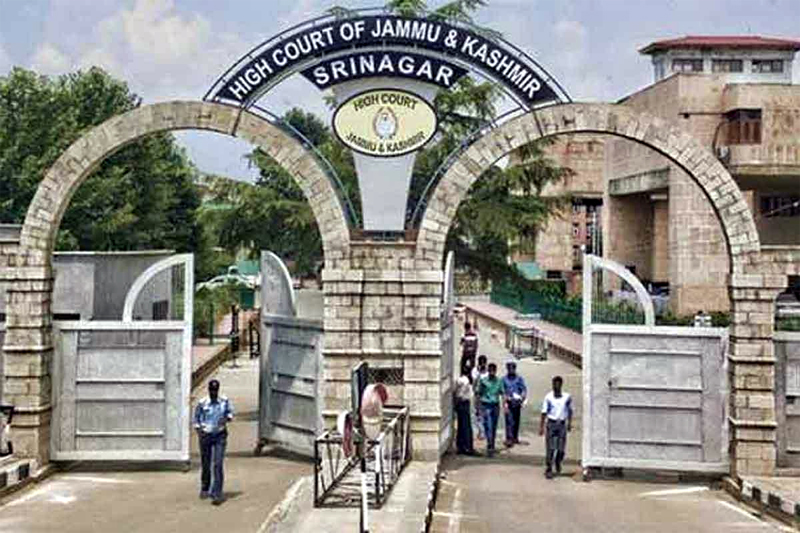 Excelsior Correspondent
SRINAGAR, Sept 27: The High Court today reserved its verdict on the Nadimarg massacre in which 24 Kashmiri Pandits were killed in 2003.
The matter was partly heard by the court at the last hearing when the prosecution counsel argued the matter and today after hearing the counsel for accused persons, Justice V C Koul reserved its verdict.
The prosecution sought adducing further evidence before the trial court. The court in August recalled the order of dismissal of the criminal revision petition of prosecution.
The case is regarding FIR No.24/2003 for offences under Sections 302, 450, 395, 307, 120-B, 326, 427 RPC, 7/27 Arms Act and Section 30 Police Act which came to be registered with Police Station, Zainapora in connection with killing of 24 persons at Village Nadimarg in the year 2003.
Court recalled the order of dismissal of criminal revision filed by the prosecution and treated the said order as a nullity. The prosecution in defence of the case submitted that there are a number of eye – witnesses of the said incident.
Court has been informed that the trial court directed the prosecution to produce evidence and the prosecution could manage to produce 13 witnesses only who have appeared before the trial court for giving statements and the witnesses who have migrated to Jammu did not appeared before Court and when prosecution served notices to them they refused to respond the same and the appointment of commission to examine all the eye – witnesses was sought but that application was rejected by the trial court on 09.02.2011 .
The counsel of the other side today while arguing the case submitted that allowing the instant petition would amount to reviewing all earlier orders passed by the trial court. He further added that the prosecution was given ample opportunities to produce the further witnesses but they failed to do so.
It has further been added that the proceedings before the trial court is at final stage and it would not be proper to allow the prosecution to adduce further witness at this very stage as also the revision petition of prosecution is not maintainable as the order under challenge is an interlocutory order passed by the trial court.
Court after the arguments submitted by the counsel for the accused observed to the counsel whose duty is to summon the witnesses as per code of criminal procedure. Court itself answered to him that it is the duty of the court to summon the witnesses in order to bring the truth to the fore, if prosecution fails to do it.
Prosecution on failure of producing the witnesses submitted that it was due to unrest, turmoil and other unavoidable circumstances, the witnesses could not be produced before the court.
Court also observed that the ground taken in the application for adducing the more witnesses was that the witnesses in question are material witnesses which can bring to the court the real facts about the massacre.