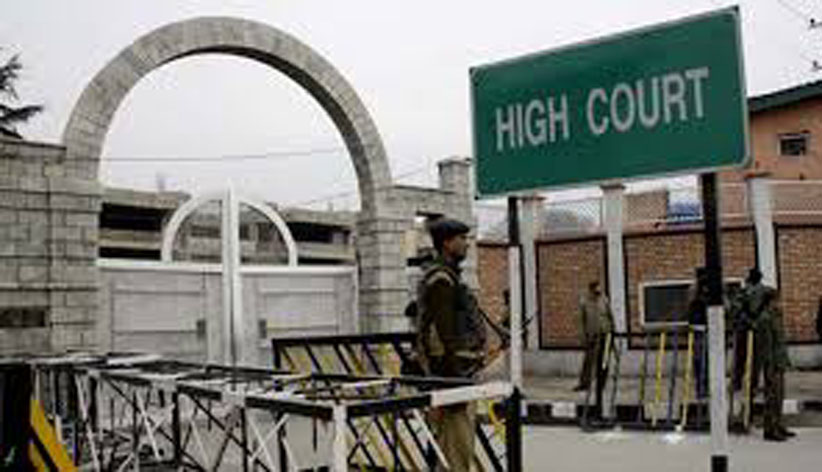 Excelsior Correspondent
SRINAGAR, Feb 28: The High Court today quashed the appointment of Principal Government Medical College Srinagar, Dr Samia Rashid and directed the Government to take a decision for appointment of Principal within four weeks.
The Division Bench of Justice Ali Mohammad Magrey and Justice Sanjeev Kumar while setting aside the Writ Court judgment whereby the appointment of Dr Samia Rashid as Principal GMC Srinagar was held right and reasonable directed the Government to take appropriate decision for appointment of suitable person on the post within four weeks time.
Since the Court has held the Cabinet Decision as well as the appointment of Dr Samia Rashid as Principal GMC Srinagar bad in the eyes of law and accordingly quashed both. “For the foregoing reasons, we are constrained to intervene in the matter and therefore hold the Cabinet decision and consequential Government order, impugned in the writ petition, bad in the eye of law and not sustainable”, the DB decided.
The appointment of Dr Samia Rashid as Principal GMC Srinagar has been quashed as such the court left it open for the Government to make in-charge or temporary arrangement for the post in question to run the day to day affairs of the office of the Principal, Government Medical College, Srinagar till decision is taken by the Cabinet/SAC on appointment of Principal on regular basis.
Dr Javed Chowdhry had approached the Court by way of a writ petition to challenge the appointment of principal and the writ Court dismissed his plea by passing the judgment on October 2017. Dr Chowdhry challenged the said decision of writ court in an appeal which came to be allowed today by the Division Bench by setting-aside the judgment of the Writ Court and Cabinet Decision no.50/04/2017 dated 28th April 2017 and Government Order no.252-HME of 2017 dated 8th May 2017, impugned in the writ petition, were quashed, with a direction to the respondents to place the whole material, consisting of minutes of the decision of the Establishment-cum-Selection Committee before the Cabinet/State Administrative Council (SAC), as the case may be, for its reconsideration.
“Let the Cabinet/SAC take appropriate decision as may be warranted in light of the observations made by us herein above, within a period of four weeks from the date certified copy of this order becomes available to the respondents”, read the judgment.
Court after examining the record pertaining from process to the selection of the post in question, said, the Court do not find any reason worth the name that has been recorded by the Cabinet in any corner of the contemporaneous record.
The two-line decision, Court said, to appoint Dr Samia Rashid cannot be justified on any count, particularly when the Establishment-cum-Selection Committee, appointed by it, had on evaluation of whole record, recommended the appellant for appointment as Principal, GMC, Srinagar.
“To reiterate, it may be stated that we are not for a minute holding or suggesting that the Cabinet could not have taken a decision independent of the recommendations of the Establishment-cum-Selection
Committee, but, in doing so, it was Constitutionally obliged to record its reasons for dissent with the recommendations of the Committee and for taking a decision independently on the basis of record placed before it”, Court recorded.