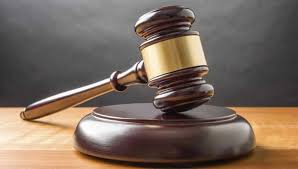 NAGPUR, Dec 27:
The Bombay High Court has taken suo motu (on its own) notice of an incident where a sessions court judge was allegedly assaulted by an assistant public prosecutor on the court premises.
Vacation judge Justice R K Deshpande of the high court’s Nagpur bench said Wednesday that such incidents are a “threat to independence of the judiciary”.
Assistant public prosecutor Dinesh Parate allegedly slapped senior civil judge K R Deshpande outside a lift on the seventh floor of the Nagpur District and Sessions court around noon Wednesday.
According to the police, the lawyer was miffed over the judge’s decision in a case. Parate tried to run away after the incident but was caught by the police personnel present there.
Justice Deshpande of the high court noted in his order that it was a serious matter where personal security of a judge was under threat. “It is a threat to independence of the judiciary. The rule of law is being undermined. Such outrageous conduct needs no tolerance,” the high court said.
“It causes or tends to cause obstruction or interference in the administration of justice, as it is the result of adjudication by the judge which has gone against Dinesh Parate,” Justice Deshpande said.
The high court issued a notice to Parate, seeking response from him within six weeks as to why action for criminal contempt of court should not be taken against him. (PTI) 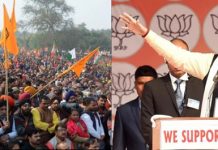