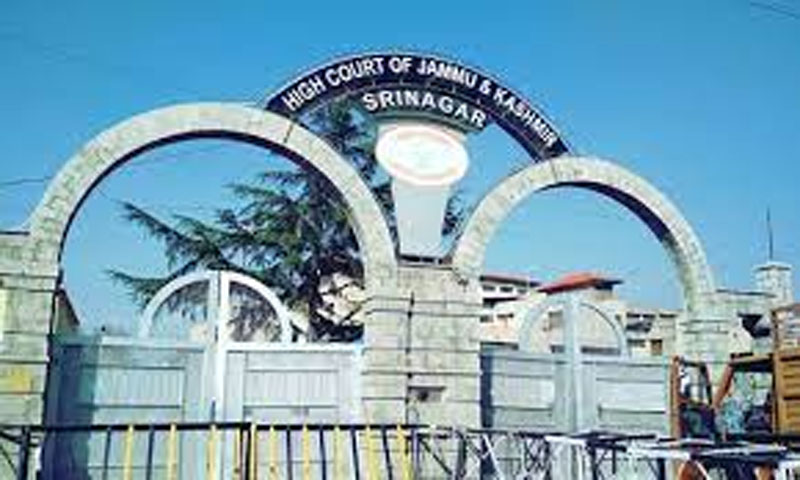 Excelsior Correspondent
Srinagar, Sept 24 : The High Court has cautioned the courts below for passing consent decrees in collusive suits filed by the parties in order to avoid the registration of sale deeds and evade the stamp duty for such deeds to get their rights determined.
Justice Sanjeev Kumar directed the competent Revenue authority to take note of the contravention of the provisions of the Act made by both the parties in the case in hand in respect of the subject land and shall take appropriate action as envisaged under the Act, which may include vesting of the subject land in the State.
Justice Kumar deemed it appropriate to sound a note of caution to the courts subordinate to High Court exercising civil jurisdiction, that there is growing tendency in the litigants to file collusive suits and obtain decrees for accomplishing sinister purposes.
The Court recorded these sinister purposes include avoiding registration of sale deeds, paying stamp duty and many a times getting their rights determined in contravention of law. Court added that many a times decrees are passed by the Civil Courts, which, on the face of it, are in contravention of law, merely, on the ground that the party opposing the suit consents for passing such decree.
“It is thus imperative to keep in mind the legal position, while considering such requests for passing consent decrees. The Civil Courts must ensure that consent decree is not prayed for to achieve sinister purposes or that it does not contravene any law”, Justice Kumar recorded.
A collusive decree, Court said, cannot be used as a cloak for the sale deed. There could be numerous occasions where parties in collusion with each other may approach the Civil Courts for passing the decrees in contravention of law and for achieving the unlawful objectives. The Court directed the Registrar General to ensure the circulation of the judgment amongst the Judges subordinate to this Court.
Justice Kumar while exercising its extraordinary writ jurisdiction vested in it under Article 226 of the Constitution said, it has vast powers to declare such orders, obtained by collusion or fraud, as null and void.
Assuming that the appellate authority, i.e. Commissioner Agrarian Reforms could not have exercised the jurisdiction to set aside the order of Collector Agrarian Reforms, Anantnag dated 16-07-2005 at the instance of other party, nothing prevents this Court to hold order dated 16-07-2005 passed by Collector Agrarian Reforms, Anantnag, a nullity in the eye of law having been obtained by the petitioner in collusion with other party in contravention with the provisions of the Transfer of Property Act, the Registration Act and the Jammu and Kashmir Agrarian Reforms Act, 1976. Such order is non est in the eye of law and must be held so.
Court considered that the order of the Collector Agrarian Reforms, Anantnag dated 16-07-2005 was as a result out of collusion between the petitioner and the respondent No.3 aimed at achieving the sinister purpose of conveying the agrarian land in contravention of the provisions of the Act and to avoid the payment of stamp duty and registration of document of conveyance.
Brief facts of the case is that the petitioner Mushtaq Ahmad Pandith on 29th June, 2005, filed a suit for declaration with consequential relief of injunction before the Collector, Agrarian Reforms, Anantnag. In the suit, he sought a declaration to the effect that he was owner of the land measuring 2 kanal 11 marlas situated at village Uranhall. The case set up by him in the suit was that he was put in possession of the subject land in pursuance of a sale agreement drawn in his favour by respondent No.3 against a sale consideration of Rs.16,76,000.
The petitioner-Pandith paid a sum of Rs 5,01,100 to respondent No.3 at the time of execution of the sale agreement. The petitioner also claimed that later the sale deed was not executed.