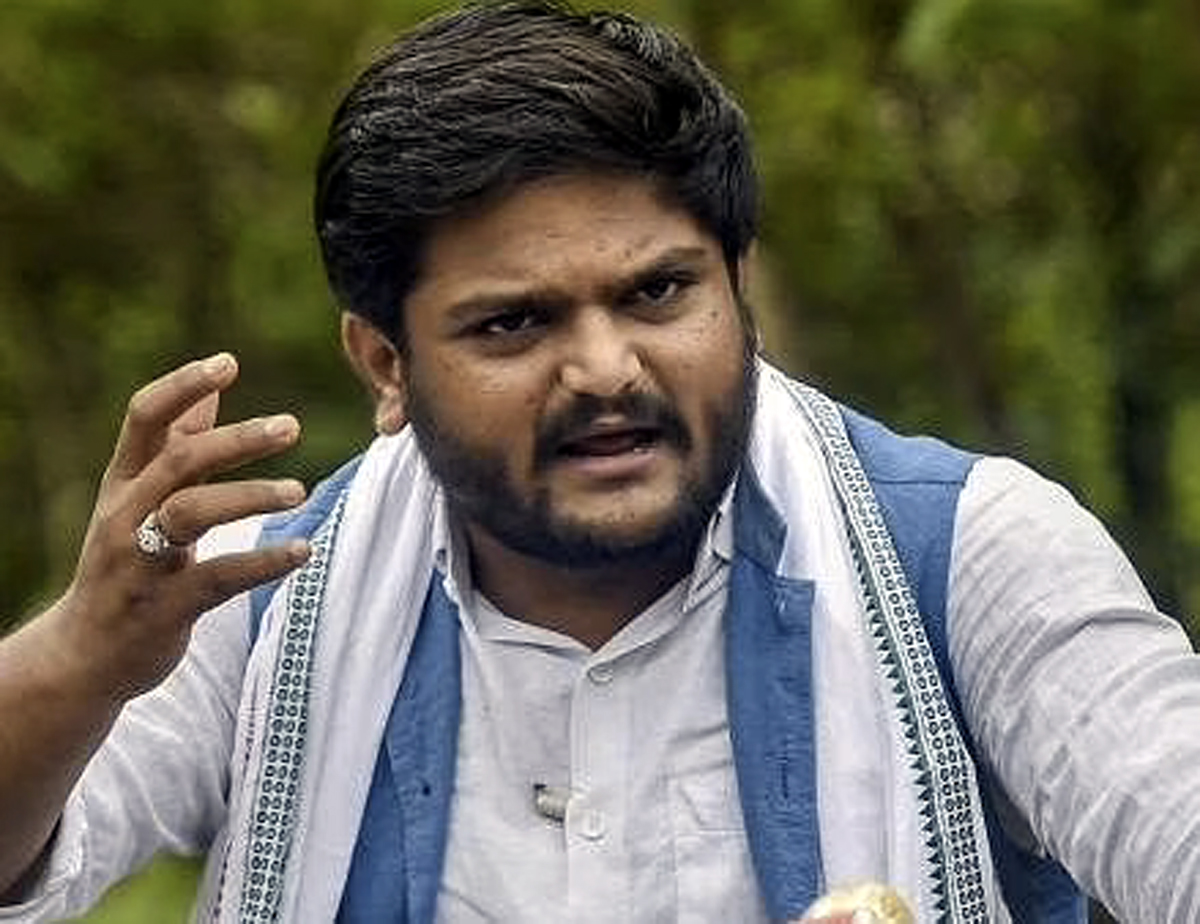 AHMEDABAD, May 18: Patidar leader Hardik Patel today resigned from the Congress, claiming that top leaders of the party were distracted by their mobile phones and Gujarat Congress leaders were more interested in arranging chicken sandwiches for them.
In his resignation letter to Congress chief Sonia Gandhi ahead of this year’s Gujarat Assembly poll, Patel (28) accused the party’s top leadership of behaving as if they hated Gujarat and Gujaratis, and said he was quitting as the state Congress working president and from the party’s primary membership.
Patel wrote of his disappointment when party workers like him travelled 500-600 km a day to attend a party meeting and discuss issues but found the leaders busy trying to ensure that some senior Congress leader from Delhi was served his chicken sandwich on time.
“Whenever I tried to draw the attention of party leaders towards pressing issues of Gujarat, it seemed they were more focused on their mobile phone screens and other things,” Patel said, describing “lack of seriousness about all issues” as a major problem with the Congress’ senior leadership.
Some leaders were “enjoying abroad” when the party and the country needed them, he said. Patel is the latest Congress leader to leave the party.
Those who quit the party recently include former Punjab Congress chief Sunil Jakhar, Amarinder Singh, Ashwani Kumar and RPN Singh, all long-time leaders of the party.
In his resignation letter, Patel claimed the Congress “only played to the role of a roadblock” over certain key issues in the country and was “merely reduced to opposing everything”.
Patel claimed that despite several attempts to steer the Congress in the right direction, the party has constantly been working “against the interests of my country and our society”.
“Hence, I wish to draw your attention to certain very important issues…Over the last three years, I have found that the Congress and its leadership, both at the central and state levels, have been merely reduced to opposing everything.
“Be it the Ram Mandir in Ayodhya, revocation of Article 370 from Jammu and Kashmir, the implementation of GST, India wanted a solution to these issues for a long time and the Congress only played the role of a roadblock,” he said in the letter.
“When it came to issues related to India, Gujarat and the Patidar community, the Congress’s only stand was to oppose whatever the central Government led by Prime Minister Narendra Modi did,” he said, amid speculation in state political circles that he may join BJP ahead of the Gujarat Assembly elections.
“The Congress today has been rejected in almost every state of India, because the party and its leadership have not been able to present a basic road map to the people,” Patel said.
“The lack of seriousness about all issues is a major problem with the party’s senior leadership. Whenever I met senior leaders, I always felt that they were not really interested in hearing about problems concerning the people of Gujarat,” he said.
The Congress accused Patel of singing the BJP’s tune. Terming him dishonest and an opportunist, the party also accused him of being in touch with the ruling BJP for the last six years to ensure withdrawal of cases registered against him during the Patidar quota stir.
Gujarat Congress in-charge Raghu Sharma accused Patel of indulging in “back door dealings” with other parties. Talking to reporters, Sharma said, “Hardik indulged in the politics of dishonesty and cheating. Congress made him a star campaigner during the Assembly polls to five states.
He used to criticise BJP in his speeches. What has changed suddenly? He was in touch with BJP for the last six years to withdraw the cases against him.”
Gujarat Congress leader Shaktisinh Gohil reminded Patel of his criticism of the BJP in the past and accused that party of using agencies like the CBI, Enforcement Directorate and Income Tax to target Congress leaders and force them to quit.
During the Patidar quota agitation, Hardik Patel had likened Union Home Minister Amit Shah to “General Dyer (the British officer responsible for the Jallianwala Bagh massacre in 1919)”, Gohil said.
Patel had also blamed the BJP for a sex CD controversy in 2017, just before the Gujarat election, Gohil added. “His tweets and his quotes were always against BJP. Our leaders who have gone to the BJP have told us that they were given a script to write.
Hardik’s words are BJP’s words and there is no truth in them,” Gohil said. Youth Congress president Srinivas BV posted a video of Rahul Gandhi with a cryptic message saying, “Those who stand by truth stand with ideology.”
Patel had gained prominence in 2015 after he led the agitation seeking reservation for the Patidar community in the state. He was made the Gujarat Congress working president in July 2020. (PTI)