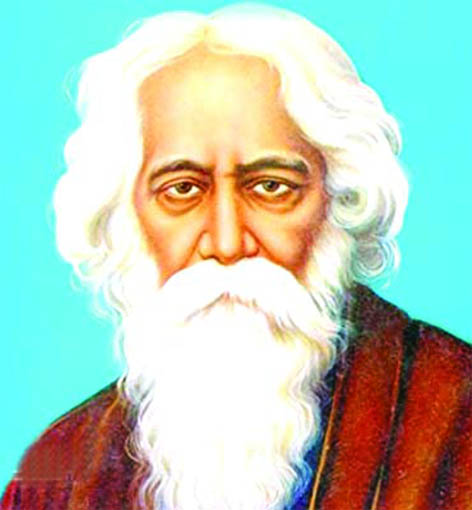 Dr Vijay Kumar Mehta
“Though Astrology is like a deep ocean—— anybody can get knowledge through going deeply in water and get some drops of nectar of this divine knowledge.”
Onkarlal Sharma Prmad.
The British literature is amply replete with astrology in its virtual or real essence as a part of literary device. The signs of the zodiac are mentioned in many plays of Shakespeare and the planets may even be blamed for disasters, especially as they wander from their spheres. Several of Shakespeare’s characters were governed by particular stars, as Posthumous was born under the benevolent planet Jupiter, and thus had a favorable destiny at the end of the play.
Gurudev Rabindranath Tagore was born on 07th May, 1861 at 02:27 Hrs in Kolkatta in Pisces Lagna. The signatures of planets in his horoscope are threefold- Sun, Mercury and Venus Yoga in a prominent house, 2nd house of his chart, Lagnesh and fifth lords exchange signs-Moon and Jupiter, and Mars and Mercury exchange of signs.
In the astrological chart of Rabindranath Tagore, Sun and Mercury formulate Nipuna Yoga producing excellence in some art or science prominently, especially when Mercury is in the combustion zone of Sun. In such a case, the intellectual capacities are more pronounced, awakening the creative abilities especially, when Moon is highly dignified in the chart. This Buddha-Adhitya Yoga provides the native an excellent skill or domain to think and produce the unbeatable intellectual results. This singular Nipuna Yoga in Second house in his horoscope speaks of an intellectual personality. It does not speak of high class appraisal from masses and higher authorities to announce his skill in any domain unless Venus stands prominently in the horoscope. Venus, here, provides worldly fame to the native because of beauty and rhythm in some form of his art. Here, in the chart of Gurudev, the Almighty had writ large by placing Venus in the combustion zone of Sun which supports well coveted Nipuna Yoga.
Secondly, the Ascendant, Jupiter exchanges sign with Moon, the lord of the fifth house, the house of speculative gains and intellectual propensities. Moon is well blessed by Jupiter in this chart and this Jupiter confers on him the title of Gurudev through his blessed creative and literary art– Gitanjali, The Crescent Moon, The gardener and other literary works.
Thirdly, the yoga karaka, Mars in Pisces Lagna exchanges sign with Mercury, the Karaka of great writings. His fortunes are raised through Mercury, his intellectual capacities and Saturn in sixth house grants him success in competition.
The blissful period of Moon from May, 1906 to May, 1916 was the best time for this great son India to shine brightly on the literary horizon globally. The signature of heaven is seen in the life of man, when celestial rays are in harmony with individual Karma. In case of Rabindranath Tagore, planets write his fortunes and their signature unfold the pages of his life. Gurudev Tagore became the first Indian to bag the Nobel Prize in literature in 1913 for “his profoundly sensitive, fresh and beautiful verse, by which, with consummate skill, he has made his poetic thought, expressed in his own English words, a part of the literature of the West”.
While he originally wrote in Bengali, Tagore reached out to a wider audience in the West with his translation of poetry that conveyed ‘the peace of the soul in harmony with nature. The Swedish academy, on its website, says that ‘Tagore’s writing is deeply rooted in both Indian and Western learning traditions.’ The British Government in 1915 honoured Gurudev Tagore with Knighthood, but as a true patriot of India he returned it very shortly as a sign of protest against British policies in the country.
The Revered Gurudev Rabindranath Tagore was an eminent Man of Letters with his prolific signatures in Gitanjali, The Crescent Moon, The Gardener and other English translations replete with lyrical and spiritual essence. There is simplicity and directness of expression in Tagore’s poetry. The poet’s sincerity of feeling and vividness of imagery combine with the rhythmic flow of words gives the reader the impression that his mystic yearning is harmoniously fused with deep human passion and significance. The imagery and thoughts in Gitanjali are profoundly Indian. The songs form part of devotional poetry in the great Indian tradition, but the spiritual message they contain is universal. All the more Tagore skillfully wielded the English language with Indian myth and imagery, and this is all well pronounced in his Astrological chart.
(The author is Professor (English(/Dean, Arts & Humanities, Arni University, Kathgarh-HP)
feedbackexcelsior@gmail.com