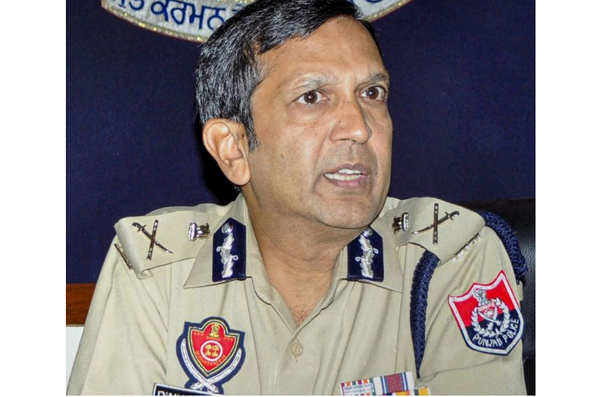 New Delhi, June 23:
Former Punjab DGP Dinkar Gupta was today appointed as the new Director General of the National Investigation Agency (NIA), an anti-terror probe agency formed after the 26/11 attack in Mumbai.
Director General of CRPF Kuldiep Singh was given additional charge of the NIA in May last year after the retirement of Y C Modi.
According to an official order issued by the Personnel Ministry, the Appointments Committee of the Cabinet cleared the name of Gupta, a 1987-batch IPS officer from Punjab, for the top NIA post.
According to the order, Gupta will hold the post of NIA chief till March 31, 2024, that is the date of his retirement or till further orders, whichever comes earlier.
Having a Master’s degree in police administration, Gupta has held the position of Director General of Punjab Police in 2019 and served at the post for two years and seven months. He was shifted as Chairman of Punjab Police Housing Board as he had sought permission for a Central deputation.
He has also held the post of Director General of Police, Intelligence, Punjab, which involved the direct supervision of Punjab State Intelligence Wing, State Anti-Terrorist Squad (ATS) and Organized Crime Control Unit (OCCU).
An experienced and distinguished officer, Gupta earlier had an eight-year stint on central deputation from June 2004 to July 2012 during which he held sensitive assignments including as the head of the Intelligence Bureau unit which looked after the security of VVIPs.
Gupta was decorated with two Police Gallantry Medals in 1992 and 1994. He was also decorated with the Police Medal for Meritorious Services by the President and the Presidents Police Medal for Distinguished Service (2010).
In 1999, Gupta was awarded the British Chevening Gurukul Scholarship by the British Council at London School of Economics, London.
In another order, Swagat Das, an IPS officer of 1987-batch and at present posted as Special Director in the Intelligence Bureau, was appointed Special Secretary (Internal Security) in the Home Ministry, a post that had fallen vacant on June 14 last after V S K Kamudi was appointed as Secretary (Security).
According to the order, Das, who is from Chhatisgarh cadre, will continue on the post till the date of his superannuation on November 30, 2024, or any order before that. (PTI)