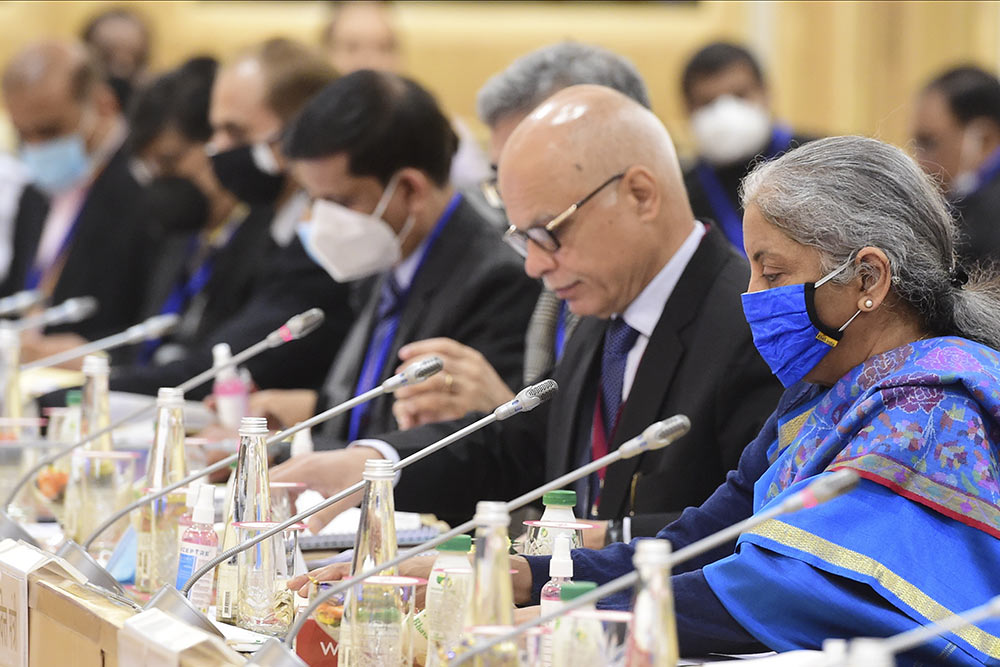 New Delhi, Dec 31: Union Finance Minister Nirmala Sitharaman on Friday said the Goods and Services Tax (GST) Council has decided to defer the decision to increase tax on textiles from 5 per cent to 12 per cent.
The decision to maintain a status quo on the GST rate on textiles was taken in an “emergency meeting” of the GST Council held in the national capital under the chairmanship of the Union Finance Minister.
“We retain the status quo. We have decided don’t go from 5 per cent to 12 per cent,” Sitharaman said in a media briefing after the GST Council meeting.
Sitharaman said the issue of GST on textiles will be sent to the tax rate rationalisation committee, which will submit the report by February.
“Textile was the only issue in this meeting,” the finance minister said adding the issue of the increase in GST on footwear was not discussed during the meeting.
The GST Council in a meeting held on September 17 in Lucknow had decided to hike GST on textiles and footwear items from 5 per cent to 12 per cent effective from January 1, 2022. (Agencies)