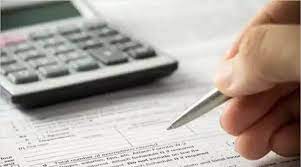 NEW DELHI, June 24:The GST department may soon issue a host of clarification on certain vexed issues in tax rates, including exemptions to assisted reproductive technology (ART) or in vitro fertilization (IVF) as well as applicability of GST on payment of honorarium to guest anchors.
A committee of tax officers from the Centre and states, referred to as the Fitment Committee, has informed the GST Council that healthcare services provided by a clinical establishment, an authorised medical practitioner or para-medics are exempt under Goods and Services Tax regime and a clarification be issued regarding GST exemptions to ART/IVFs.
GST law defines healthcare services as any service by way of diagnosis or treatment or care for illness, injury, deformity, abnormality or pregnancy in any recognised system of medicines in India.
It also includes services by way of transportation of the patient to and from a clinical establishment, but does not include hair transplant or cosmetic or plastic surgery, except when undertaken to restore or to reconstruct anatomy or functions of body affected due to congenital defects, developmental abnormalities, injury or trauma.
The ailment of infertility is treated using ART procedure such as IVF. Such services are covered under the definition of healthcare services for the purpose of above exemption notification, the fitment committee said adding a clarification may accordingly be issued by way of a circular.
The recommendations of the committee which will be placed before the GST Council meeting on June 28-29 also include a clarification on the issue of applicability of GST on payment of honorarium to the guest anchors.
The committee gives its recommendation regarding tax rates, after analysing demands from stakeholders, in every meeting of the Council.
The panel has received requests for a clarification since some of the guest anchors have requested payment of GST at the rate of 18 per cent on the honorarium paid to them for such appearances.
It has observed that supply of all goods and services are taxable unless exempt or declared as ‘no supply’.
Services provided by the guest anchors in lieu of honorarium would attract GST liability.
“However, the threshold exemption limit on aggregate turnover of the service provider would apply. Liability would arise in case threshold exemption limit for services is crossed,” it said adding a clarification may accordingly be issued.
Currently, entities providing services need to register under GST if their aggregate turnover exceeds Rs 20 lakh (for normal category states) and Rs 10 lakh (for special category states).
Further, the committee has also suggested a clarification on whether the activity of selling of space for advertisement in souvenirs would attract a 5 per cent or 18 per cent tax rate.
The fitment committee said the selling of space for advertisement in print media attracts tax at 5 per cent. The activities carried out by different institutions/ organizations towards selling of space for advertisement in souvenirs would attract 5 per cent tax and the stated position in GST law be clarified accordingly, it said.
The panel, while recommending status quo in GST rates on 113 goods and 102 services, also made a case for reduction in taxes on Ostomy Appliances to 5 per cent, from 12 per cent.
It also suggested that tax rates for orthopaedic implants (Trauma, Spine, and Arthoplasty Implants in body); Orthoses (Splints, braces, belts & calipers); Prostheses (artificial limbs) be cut to a uniform 5 per cent, from the current differential rate of 12 and 5 per cent.
The committee also recommended reduction in GST on ropeway travel from 18 per cent to 5 per cent, with ITC, Himachal Pradesh placing this request before the GST Council in September last year.
Also, a clarification would be issued on GST rates on electric vehicles, to state that EVs, whether fitted with battery or not, would attract 5 per cent tax.
The committee has suggested to the GST Council to defer a decision on taxability of cryptocurrency and other virtual digital assets. It suggested that a law on regulation of cryptocurrency is awaited and it would be essential to identify all relevant supplies associated with the crypto ecosystem, besides classification on whether they are goods or services.
The committee felt that a deeper study was needed on the issues involved in crypto ecosystem. It was decided that Haryana and Karnataka shall study all aspects and submit a paper before the fitment committee in due course. (PTI)