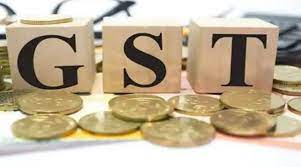 NEW DELHI, June 26: The all-powerful GST Council at its meeting in Chandigarh this week is likely to make changes in goods and services tax (GST) rates on a handful of items and may go with the officers panel’s recommendations to maintain status quo in rates of over 215 items.
The 47th meeting of the GST Council, headed by Union Finance Minister Nirmala Sitharaman and comprising representatives of all states and UTs, is scheduled for June 28-29. The Council is meeting after a gap of six months.
Apart from rate rationalisation, the Council is expected to see a stormy discussion around compensation payout to states with Opposition-ruled states aggressively pushing for its continuation beyond the 5-year period which ends in June.
Major changes proposed by the officers’ panel or the Fitment Committee in the tax rates are a uniform 5 per cent GST rate on prostheses (artificial limbs) and orthopaedic implants (trauma, spine, and arthoplasty implants). Besides, orthoses (splints, braces, belts and calipers) too have been proposed in the lowest bracket of 5 per cent.
Currently, these goods attract tax rate of either 12 and 5 per cent.
The committee has also recommended reduction in GST rate on ropeway travel to 5 per cent from 18 per cent currently with ITC, Himachal Pradesh placing this request before the GST Council in September last year.
It also suggested that GST rate on ostomy appliances (including pouch or flange, stoma adhesive paste, barrier cream, irrigator kit, sleeves, belt, micro-pore tapes) should be reduced to 5 per cent, from 12 per cent at present.
Also, tax rates on sewage treated water is likely to be cut to ‘nil’. Currently, an ambiguity in wordings in the GST rates slab has led to two orders from Authority for Advance Ruling (AAR) stating that sewage treated water attracts 18 per cent GST rate.
The Fitment Committee also recommended tax rate be hiked on Tetra Pak to 18 per cent, from 12 per cent currently.
Also, a clarification would be issued on GST rates on electric vehicles, to state that EVs, whether fitted with battery or not, would attract 5 per cent tax rate.
Besides, Nicotine Polarilex Gum, which is commonly used to aid in smoking cessation in adults, attracts 18 per cent GST, the committee has clarified.
The committee gives its recommendation regarding tax rates, after analysing demands from stakeholders, in every meeting of the Council. This time around it has suggested that status quo in tax rates be maintained in over 215 goods and services.
The GST Council will also be presented two reports of Group of state finance ministers.
The GoM on rate rationalisation will give its interim report suggesting some correction in inverted duty structure and doing away of some exemptions, while the other panel for deciding rates on casinos, horse racing and online gaming is likely to suggest the highest 28 per cent slab for such activities.
Besides rate rationalisation, the Council is likely to see Opposition-ruled states aggressively pushing for continuation of compensation for revenue loss. The Centre will defend its case for ending compensation in June, as was promised at the time of launch of GST by citing tight revenue position.
After the 45th GST Council meeting in Lucknow in September last year, the Union Finance Minister had said the regime of paying compensation to states for revenue shortfall resulting from subsuming their taxes such as VAT in the uniform national tax GST will end in June 2022.
However, the compensation cess, levied on luxury and demerit goods, will continue to be collected till March 2026 to repay the borrowings that were done in 2020-21 and 2021-22 to compensate states for GST revenue loss.
Goods and Services Tax (GST) was introduced in the country with effect from July 1, 2017 and states were assured of compensation for the loss of any revenue arising on account of implementation of GST for a period of five years.
Though states’ protected revenue has been growing at 14 per cent compounded growth, the cess collection did not increase in the same proportion, COVID-19 further increased the gap between protected revenue and the actual revenue receipt including reduction in cess collection.
In order to meet the resource gap of the states due to short release of compensation, the Centre has borrowed and released Rs 1.1 lakh crore in 2020-21 and Rs 1.59 lakh crore in 2021-22 as back-to-back loan to meet a part of the shortfall in cess collection.
The Centre has released the entire amount of GST compensation payable to states up to May 31, 2022. (PTI)