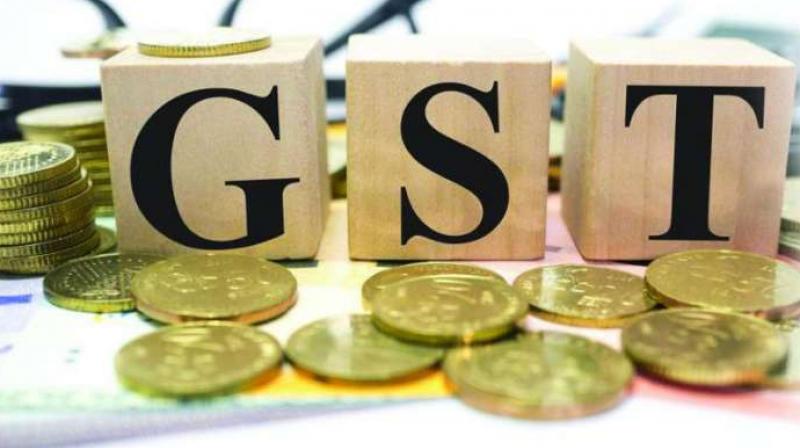 NEW DELHI, Sept 6:
The newly notified annual GST return forms will go a long way in checking tax evasion by providing the entire financial transactions logged by an assessee to the revenue department, said experts.
The Finance Ministry has notified annual tax return forms for businesses registered under the GST, in which details of sales, purchases and input tax credit (ITC) benefits accrued to them during 2017-18 fiscal have to be provided in a consolidated manner.
The last date for filing the annual return form for normal taxpayers (GSTR-9) and for composition taxpayers (GSTR-9A) is December 31. The Goods and Services Tax (GST), which subsumed 17 different indirect taxes, was rolled out on July 1, 2017.
“Annual tax return is consolidation of the monthly returns being filed by assesses and it will completely expose the financial transactions before the revenue department. (In the forms) there will be no scope to claim excessive input credit,” V Lakshmikumaran, Managing Partner, Lakshmikumaran & Sridharan, a law firm.
He further said the revenue department will have voluminous data of trade and industry and it would be easier for the department to find out discrepancies with regard to input tax credit claims and the final tax paid.
The data, Lakshmikumaran added could be easily matched by using intelligent software to catch defaulting assessees “red handed” as the scope for aberrations has been substantially reduced.
The annual return form for normal taxpayers has been divided into six parts with 19 tables which includes detailed information related to outward supplies, inward supplies, ITC availed, ITC reversed, ineligible ITC, particulars of demand and refund, HSN summary of outward supplies and HSN summary of inward supplies of the transactions declared in returns filed during the financial year ending March 2018.
Commenting on the annual returns form, AMRG & Associates Partner Rajat Mohan regretted that the revenue department has not consulted stakeholders before coming out with the form.
“This annual return seems to be cramped up with too many details which includes outward supplies, inward supplies, taxes, credits, demands, refunds, HSN summaries for the entire financial year in a few pages only, this is expected to breed confusion among taxpayers especially MSME sector,” Mohan said.
EY Tax Partner Abhishek Jain opined that “businesses may need to put in additional efforts for some reportings; like reconciliation of GSTR-2A, purchase register and GSTR-3B; and computing supplies received from composition dealers”.
Taxmann DGM GST Shubham Mittal said “it will give an opportunity to the department to reconcile the details furnished in GST return with the details furnished in other returns and audited financial statements and curb the tax evasion”.
Also information with regard to transactions related to financial year ending March 31, 2018 declared in return of April to September is required to be declared in the annual return.
While Part I of the form deals with basic information of the business, the details of all the supplies declared by the taxpayer in the returns filed during the financial year have to be filled in Part II of the return form in a consolidated manner.
Part III consists of the details of all input tax credit availed and reversed in the financial year for which the annual return is filed.
Part IV is the actual tax paid during the financial year.
Part V consists of particulars of transactions for the previous financial year but declared in the returns of April to September of current FY or date of filing of Annual Return for previous financial year (for example in the annual return for the FY 2017-18, the transactions declared in April to September 2018 for the FY 2017-18 shall be declared), whichever is earlier. (PTI)